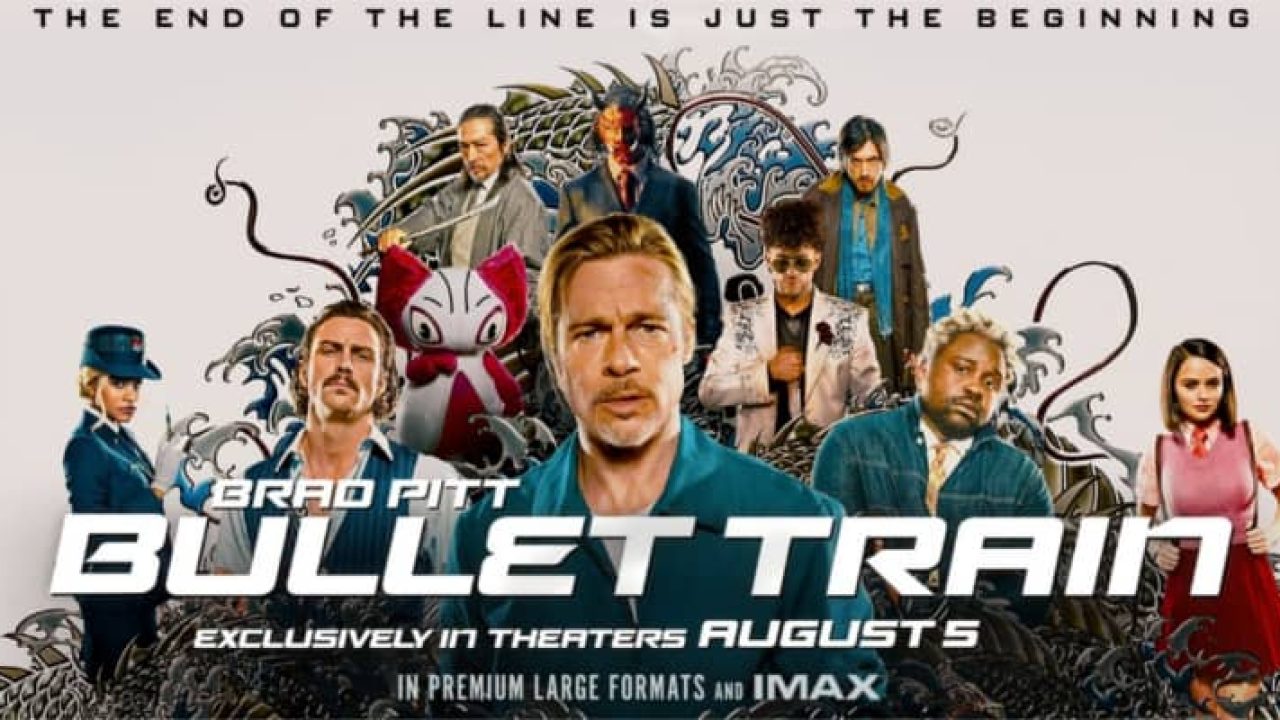 There are  awful films. Then there is The Bullet Train. It makes Junya Satō’s  old  1978 Japanese

film Bullet Train look like Dr Zhivago, with  or without the doctorate.

To call this  a travesty  of time(ours) and space(theirs) would be an insult to an  outerspace  misfire  like  Ad Astra  which also starred Brad Pit. The movie, and  Pitt, were far smarter in Ad Astra than in this film.

The Bullet Train seems  like  a pretext for upscaled  dumbness and  bad acting except  Andrew  Koji(playing a  Japanese assassin) and Joey King(playing a dangerously innocent-looking hitwoman)  who are  excellent.

The mood is more  filthy than  frothy. Characters come to a brutal  end on the speeding train . I could almost hear canned laughter in the  background, as  if brutal death is  fodder  for stand-up comedy.

The  train  is filled with assassins of every gender ,nationality and colour pitching in with  the  zest  of  pot-smokers on a  Saturday night.The Bullet Train wears  a doped-out fagged-out   look . There is nothing more dead than  a corpse  acting alive. The Bullet Train has two characters onboard  who are  dead on departure.The  others  behave like  they are  all drugged  with infantile  hormones, running around killing and maiming one another in a train that has  seen better days.

Also Read:  Priyanka Chopra On Being A Part Of  Citadel

Based on   the Japanese novel Maria Beetle  by Kōtarō Isaka, The Bullet Train is  about different assassins at each other throat on a speeding train. Don’t bother to  figure out who’s who or why actors  like Ryan Reynolds, Channing Tatum(playing  a train passenger who hits on  the male cast) and Sandra Bullock agreed to  make  guest appearances in a film that would rank as one  of the worst in the  entire cast’s collective career.

Shot  by  cinematographer Jonathan Sela  who also shot director David Leitch’s earlier feature film Atomic Blonde(which too was one of my least favourite films in recent times), The Bullet Train wears a blotchy  over-saturated   look, as  though the  frames  were  trying to compete with a carnival in town where the  acrobats could jump higher than the actors in this film.

If I had a choice  between watching The Bullet Train again and being run over by it,I would choose  the latter.