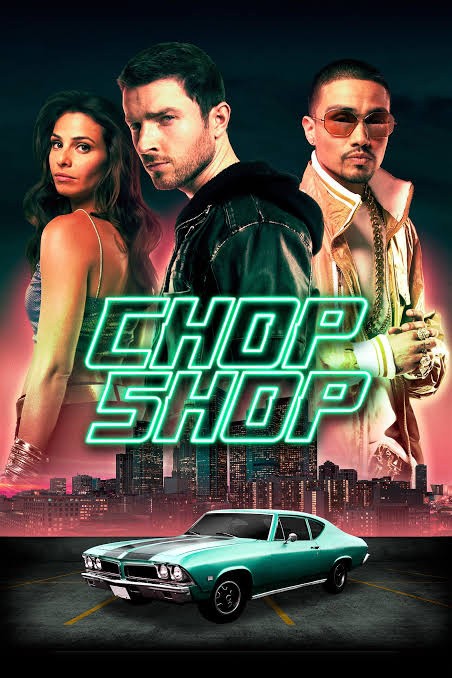 Long before The White Tiger which has opened worldwide to rave  reviews and will stream  from 22 January  in India,American director  Ramin Bahrani of Iranian descent , had  made this monumental ode to street-children in New York. In its  adherence  to  an almost hand-held  camera-credibility and in casting non-actors in key roles  Chop Shop reminded me  of  Mira Nair’s  Salaam Bombay.

Like Nair’s film Chop Shop is raw and hurting, and unsparing in its physical detailing  of squalor. But it’s  also deeply affectionate   in its  attitude towards  its young  protagonist,  a 12-year  Latin American  boy played by a child with no previous acting experience.To say  that  young Alejandro  Polanco lives the role would be  understatement. Alejandro , or  ‘Ale’ in the  film is  so close to the character  that the line between  cinema and  reality gets  blurred and cancelled  out, leaving us  with a portrayal  of  deprivation and  uncertainty that is underlined by  a vigorous hopefulness.

Although Ale lives at the bottom-most level of migratory existence  in Queens(NY) with his older sister in a  room small enough to be a chicken coop Ale is happy to have a roof on their head and food in their belly.The heartbreaks are many.  During the time we see Ale’s struggle to stay afloat, two really awful life-changing  incidents  occur.

Rahim Bahrani leaves no room for sentimental stock-taking. As we move from day to  day in Ale’s life, there is a stunting sameness to the modes  of survival on the road. And yet each day is different. Each day is  the same  and yet the  world looks different, more hopeful for Ale .There is  a magical mutating of monotony happening every moment in this film about the survival of the swiftest.For those  who grow up on the street getting out of it  is a  distant (American) dream.

Every moment of Chop Shop is precious without creating an imbalance between the  real and the cinematic  universe. Michael Simmonds’ camera wanders silently prowling discreetly but directly  through  the poorest sections of  New York where scrapyards  flourish, young boys who should be in school  spend their time  stealing car parts  and  watching girls perform oral sex in  cars and trucks.

This is a world held together only by the will to survive. Director Ramin Bahrani understands the hope and the hopelessness  of the have-nots  only too well. Just how well, you shall soon know in The White Tiger.