Coming 2 America Is A Load Of Harmless Fun
Advertisement 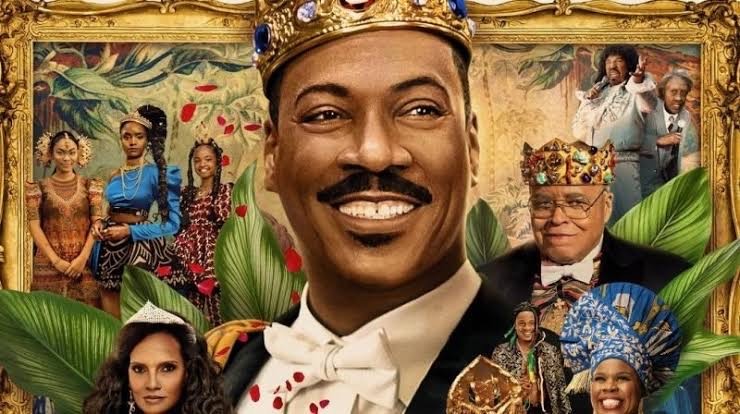 Sequels seldom have a  life  of their own. They are born out of  a desire to cash  in on a successful formula, and hence duplicitous  by their  very nature.   As  far as  sequels  go, Coming 2 Americawhich comes  31 years  after the  first film, is  not as strained and strenuous  as one would expect a  30-year old plot to be. The  story is revitalized  and reloaded with a  whole lot  of  music and  laughter thrown in, so that we  get swept away in the tide  of   tempestuous gaiety.

It’s  all for a laugh. And  once  we  fall into rhythm  with the   lack of lofty ambitions the film never  stops being engaging as  King  Hakeem(Eddie  Murphy), sets  out get his  wastrel son Lavelle(Jermaine Fowler)  , whom he  never knew about, from New York to the Kingdom  of  Zamunda. Lavelle ,who over the course  of the new couple of hours turns out to be surprisingly straitlaced and likeable, insists  on bringing his mother  with him to Zamunda.

And thank God for that!  As  the mother  of  Hakeem’s  illegitimate  child  Leslie Jones brings the  roof down. She  is  coarse loud  abrasive  and  happily middleclass. Her  run-in with royalty  in  Zamunda including Hakeem’s  stiff upperlipped  wife  Queen Lisa(Shari Headley) is  uproariously  funny  .

Often  times  I found myself laughing  out loud at King Hakeem’s  discomfort with a world that has rapidly changed while Eddie Murphy(who plays Hakeem)   was busy making  other  movies.  While shoveling out laughs the  films   makes space to take  digs  at  patriarchal  eccentricities such as  the  craze for a  male heir. Hakeem’s two daughters  have turned out into fine capable  potential  administrators.  But no. Hakeem  must retrieve his son  from the   suburban mess to  fulfill the  need for an heir to the throne.

While the plot is a puny  giggle provider, the  dancing and singing helps in boosting the torrent of braggadocio to something far  less toxic and tolerable. In one  song and dance  Hakeem’s father(the legendary James Earl Jones) insists on witnessing his funereal  feast before his  death.

Eddie Murphy has lost none of his comic timing, though like I said , Leslie  Jones as his once-upon-a-time one-night-stand is the scenestealer. Another veteran Black actor Wesley Snipes  is also a  hoot as the  villainous kingdom scum, with   a docile but  dishy  daughter(Teyana Taylor)   who  wants Hakeem’s heir apparent for herself at any cost.

The twists and turns in the plot  will have you in splits.Watch this  with your kids. It’s  a delightfully  wholesome innuendo-liberated  comedy with  some nippy lessons on parenting .