Dilip Kumar Is No More, Lost one of the Greatest Actor Ever!
Advertisement 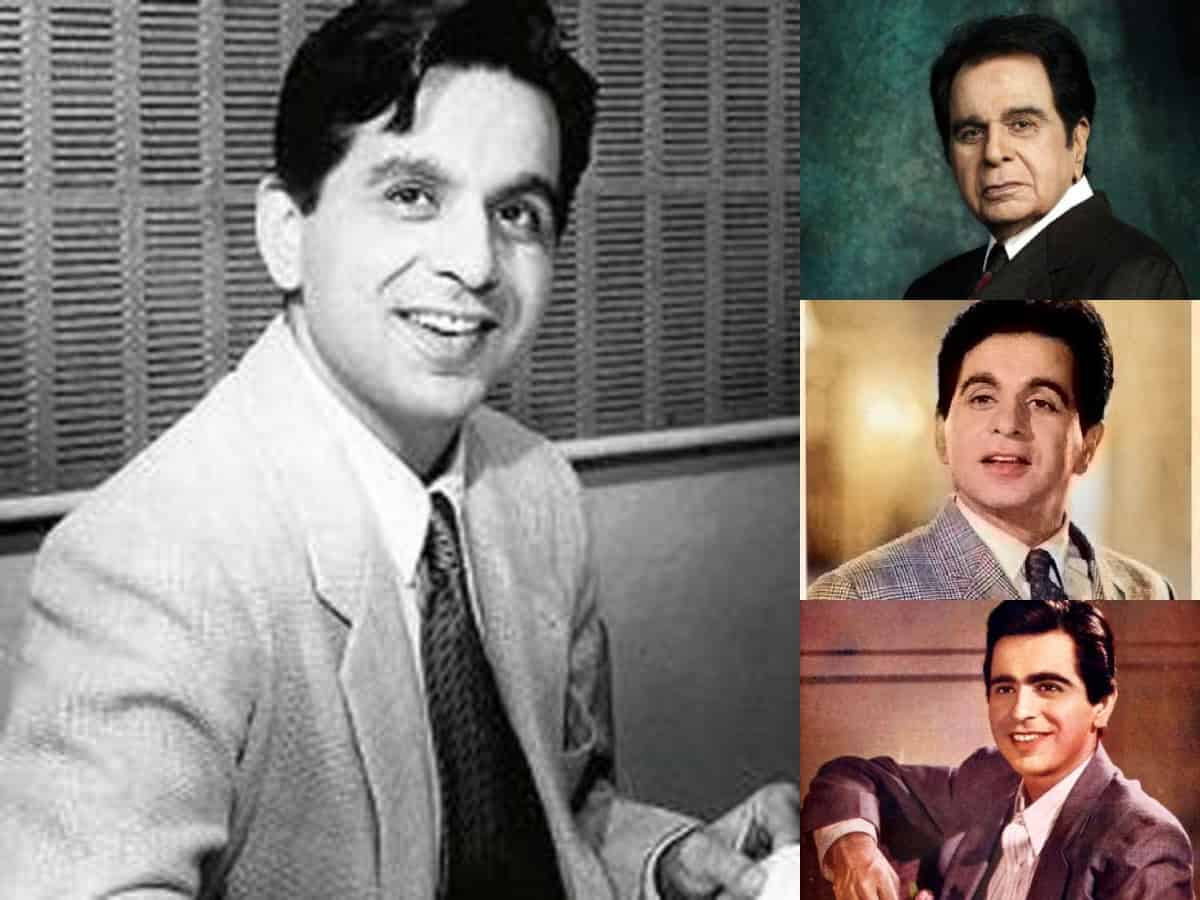 Time did  finally run out on Dilip Kumar. Farewell, Maestro. You are the greatest actor, ever.

Every time I met India’s greatest actor,  Dilip Kumar ,  I was struck by how magnetic  he looked. Yes,  Dilip Kumar   was every bit  the matinee idol that no longer exists in  our cinema. He was erudite and  mischievous.  He  could speak on Einstein and breasts all in the same breath.  He could also give any Brando or de Niro a run for their money with his ageless performances.

And then in the last ten years  of his life he couldn’t  recognize anyone.

But let’s not even go there right now.

The Thespian who re-wrote every rule of acting in mainstream Hindi cinema hardly looked his age. I remember  meeting him on   his 80th birthday. That trademark twinkle in those eloquent  eyes remained where it was. The face crinkled up into a 5-year old’s innocent smile and the words flow in a constant stream-like rush of  urgent expressions.

On the day of his  80th birthday there was a constant rush of callers and visitors. Admirers and friends like Yash Chopra, Dharmendra and even the elusive Rekha whom Dilip Kumar and his attentive wife Saira  Banu hadn’t met for three years, had dropped in  to wish their favourite actor and his wife at their Pali Hill bungalow in Mumbai.

When he was    80  and  you tell him  he looks no more than 60, Dilip Kumar almost blushes and retorts, “Oh, the news that I’m now 80 is just a rumour.”  When you tell him you’d  like to look like he does when you reach his age he smiles, “This body is mine. And bearing its burden has become quite a task.”

In spite of childlike chuckles and bubbling banter  (“I shamelessly use  Saira’s mobile all the time and burn up precious airtime. I shouldn’t be doing be doing that, y’know”) there was a sheen of sadness surrounding this ageless acting genius in his  80s.

He once told me, “There might be  many better actors than me. I’ll tell you , I had no training and I wouldn’t have  dared to venture into films were it not for my family’s financial conditions.  The Second World war was extremely hard on the horticulture business . My father would grow apricots, grapes, pomegrenates, apples and peaches. He would get those fruits tinned. He would proudly show me the size of the fruits and say, “This is what I want you to grow, Yusuf. Because you’re my most intelligent son.” He wanted me to be educated so I could enhance  the family business. A friend of my father Fateh Mohammah Khan had been honoured by the Queen. My father wanted to show the Britishers that he could grow fruits as good as his friend without being a toddy.I was always very business minded. I loved the family business.  But it was a very tough life . The entire process from plucking to  despatch  was very cumbersome . Bahut mushqil tha. I had to get another job with a decent salary. That’s  where  acting came in handy.”

Yusuf Saab recalls how disappointed his father was when  young  Yusuf   decided not to join the family’s fruit-growing business. “He was very annoyed  when I got into films. But then he heard other people whom he respected relishing the idea. Once Maulana Azad  whom everyone revered, heard my father commenting caustically on one of his sons drifting into films,  and what to do? Maulana Saab intervened on my behalf and said there’s no telling what  the future holds for anyone. He also told my father to be proud of his son’s achievements  and implored him to be patient with my aspirations. I had no training in acting  whatsoever and I wouldn’t have  dared to venture into films were it not for my family’s financial conditions.  The Second World War was extremely hard on the horticulture business and I had to supplement the family income.”

And now when the nation seems on the brink of a chaos the  brilliant actor sees nothing but a bleak future staring into his face. “Believe me, iss qadar jee bharaa hua hai ke hum poochte hain hum kahan ud ke jayen? Where can I go to escape the barbarism of my own people It’s heartening  to think  that even today there are rational elements , specially among the younger generation whom one sees   challenging the politicians  of the country, asking them where they intend to take us.”

Yusuf Saab was particularly worried about the future of the Indian Muslim. “The  Muslims   will soon become a part of  history. Every civilization is cyclic and must end. My personal view is, that the Indian Muslim population  may eventually be annihilated. But it won’t end there. The process of destroying civilizations will continue.  I too am a Muslim. I  worship my Maker the same way as you do. I never think that my God is separate from yours. My Quran says there are many apostles like Muhammed and we shouldn’t discriminate against them.  I read the Bhagavat Gita and the Vedanta with as much reverence as the Quran.  The messages in our holy book and yours are identical. Kyon kha-ma-kha mein donon mein discrimate karoon?”

He ruled out an active political career for himself. “It’s a venue for  screaming and indiscipline.  Ek aadmi kuch bhi nahin kar sakta. He can perish in trying to make his voice heard. I no longer have that  much energy. I used to make 10-12 rounds of Jogger’s Park during my morning walks. But now I can no longer go beyond three rounds. I can see time ticking away.”

The Government of India honoured  Dilip Kumar with:
2015 – India’s second-highest civilian award, the Padma Vibhushan, for his contributions towards Indian cinema
2000–2006 – Elected to Rajya Sabha, the upper house of Indian Parliament.
1994 – Dadasaheb Phalke Award
1991 – India’s third highest civilian award, the Padma Bhushan, for his contributions towards Indian cinema
1979–1982 – Appointed as the Sheriff of Bombay by the Governor of Maharashtra, India for the period
1998 – Government of Pakistan honoured him with its highest civilian honour, the Nishan-e-Imtiaz (Order of Excellence).
Till 2000s Kumar was the only actors to have won 8 Filmfare Best Actor Awards until his record was shared by Shahrukh Khan by mid 2000s.
From the Independence of India to late 2010s Kumar held the record of giving the highest number of box office grossing films(9 films) until his record was broken by Salman Khan by delivering 10 films. But when adjusted for inflation, the record remains with Kumar. His historical movie Mughal-E-Azam is the highest-grossing film (equivalent to 2000 crores in 2015) in India when adjusted for inflation.
Related Topics:dilip kumar agedilip kumar brotherdilip kumar deathdilip kumar familydilip kumar housedilip kumar net worthdilip kumar wifedilip kumar wikipedia
Up Next