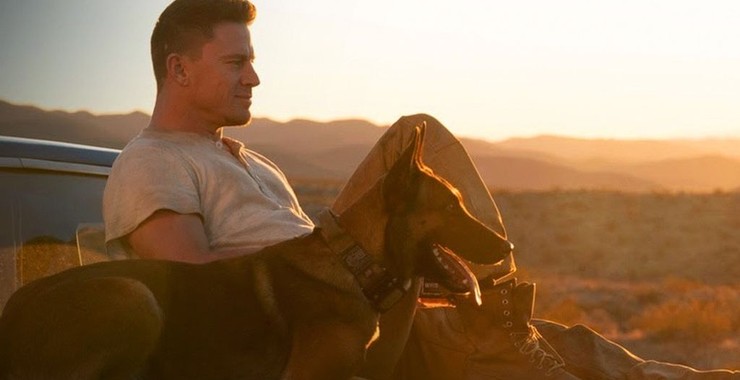 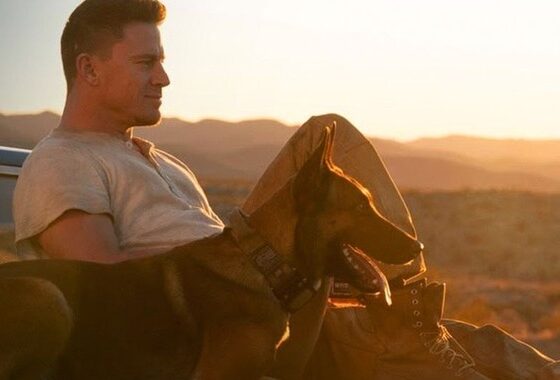 I believe  Dog, as  this film that hits the  woof  at  the  box office, is unanimously  liked  by all canine lovers.

But why?!  Why must a  film so shallow in its intentions and so uneven in execution that  it seems  to be  directed by  more than one person(which its  is), be  liked just because it has a dog as its central attraction?

Unless of course you are a  Channing Tatum fan. It takes  all sorts. In that case,  you get the singular  pleasure of watching Tatum throwing  tantrums at the  dog who throws them  right back at him,  as they  start off as enemies and then gradually become so  close  it is like  a bonding from another  birth.

Please  note: the premise could have worked just as well with a   human child  rather than a dog. Remember Tom Hanks in that solidly  synergic Western News  Of The  World where Hanks and  a  troubled teenager take off on a rocky journey?

Tatum’s military man act(so one-note, you feel like singing Do re  mi into his ears) comes under  a cloud when he must  escort a troubled  dog to  the funeral  of her handler. It is  quite obvious that the dog,  expressively addressed as  ‘Dog’ throughout the  film , is as  troubled as  the man  assigned  to take  her cross-country. They  are  both  seen to be  fighting their inner demons while barking  rudely at one another.

What  was  potentially a moving  brisk and engaging  saga of two misfits thrown together,is reduced  to a boring bonding  game  with so many loose ends  you  don’t know when  you will slip into  one of  the many cracks in the  narrative.

It is shocking how  slipshod the  end-product  looks and feels. The  road  journey is  punctuated by  episodes straight out of the summer season of Lassie when the  writers  might have been  too lazy to think up enticing ideas. So they just let the sleeping dog  lie. Bouts of  infuriating  interaction  including a  weird bathtub-sharing episode between Man and Dog  add nothing  to the  feeling of  growing  boredom as we  look at Man and Dog in all their  unexpressed joys and sorrows  and  feel nothing for either  of them.

Some of  the  Tatum-Dog adventures  like  the one in the  hotel lobby where Dog goes ballistic on seeing an Arab , must have seemed like  furious fun on paper. On screen  the  humour falls  flat.And by  the time Tatum arrives et Dog’s  handler’s  funeral  we are far too sleep-lulled  to care  about the inevitable  reunion between Tatum and his  new four-legged friend.

If  you are keen on seeing a really moving and  inspiring film on a man…or rather a woman’s best friend then  I recommend Gabriela Cowperthwaite’s  2017  heartwarmer Meagan Levy.

I  am  trying to think of one kind thing to say  about Dog. All I can come up with is,I want my money ‘bark’.

FIR: The Innocent Terrorist Theme Gets A Middling Treatment