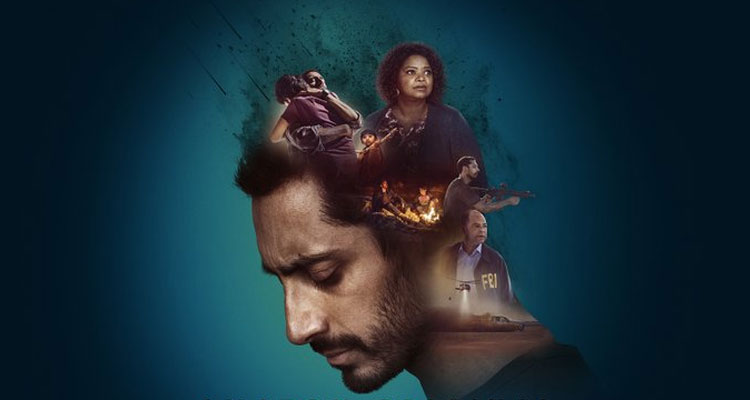 Encounter Movie Review: Everything that can possibly go wrong with  Riz Ahmed’s Malik Khan—and that includes a sloppy over-smart script trying to remain ahead of the audience—does go wrong. For one, everyone insists  on  calling Malik Khan, ‘Muh-leak Kahn’ and though playing a  fastidious  trigger-happy avenger, Malik doesn’t correct anyone.

Maybe he knows what we don’t  until it’s too late:  there is  nothing that can be done to salvage the damage done to the  script, a damage that far exceeds  the psychological disorder  of its war-wounded hero.

For the rapidly  expanding stardom  of Riz Ahmed, Encounter is  a  boon.There are  reports that the role  was written  for a Caucasian star  but  altered  to suit Riz. Wel,good for him.  It’s always welcome  to see an Asian actor  blossoming  in a global arcade. But at what cost!  Ahmed’s role is  so sketchily written  and scantily contoured, he comes across more as a comicbook version of hero rather than a real character facing a dystopian  meltdown where he begins  to “see” things.

Rememnber what happened in Manoj Shyamalan’s  The Sixth Sense when his  little protagonist began to see dead people?Malik Khan suffers worse. Even his  own two sons(played with sprightly  vigour by  Lucian-River Chauhan and  Bobby Khan) in this  wry laconic road film begin to  believe  their  Daddy is   going bonkers.

Also Read:  There Is No Don 3 Happening

And really,  Riz is  a resounding success at playing off-kilter characters, from The Reluctant Fundamentalist to  The  Sound Of  Metal. His characters are  almost invariably  stuck down by  an unforeseen  crisis. Encounter is no exception. What starts off  as an end-of-civilization survivalist story  soon  becomes  a cat-and-mouse game between the  cops and a man clearly  off his rockers.

The  highly  gifted Octavia  Spencer  for once, looks lost as Malik’s parole  officer.At  one point in  the   silly plot she tells two police officers she would like to come along for the  ride, be useful if she can, otherwise just sit quietly in  the backseat. That’s precisely what Ms Spencer ends up doing in the film. She is  there for the ride. But seems to have no clue where the  plot is heading.

Neither , I supect,does Riz  and  the  other actors. Nor do we. By the time we reach the preposterously  over-sentimental  climax where the audience is supposed to weep for Malik’s wounded fatherly  pride,the question is  no longer  one  of the protagonist’s sanity  but the very existence  of the world created  by this film.

Why was Encounter made in  the first place?