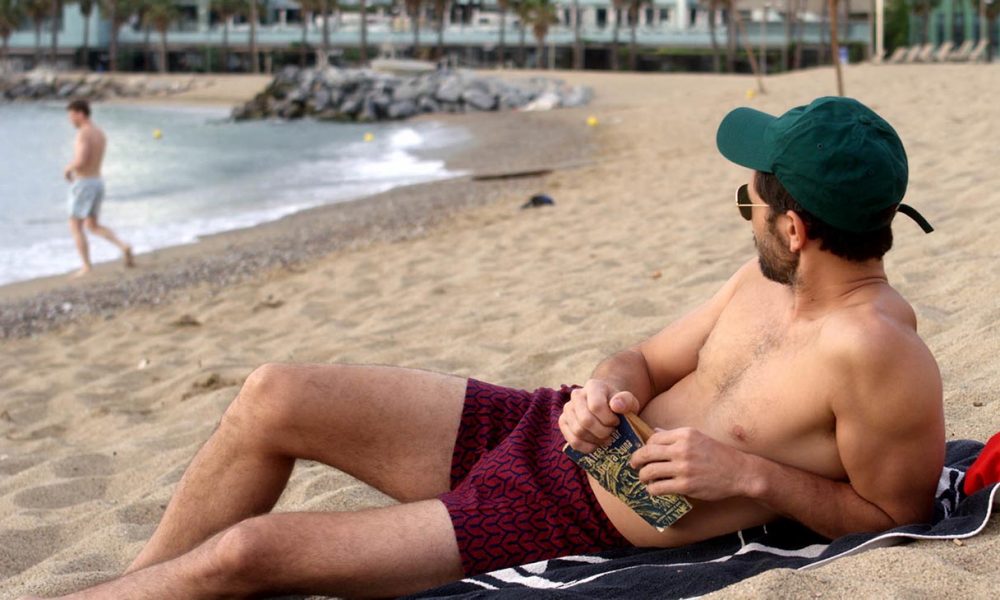 Strong powerful  films on  queer love have become the  order  of the day. Call it by any other name, love is  love, gay or not.  In the  films that have emerged  since  the success   of Call Me By  Your Name, same-sex couples are treated  in  the same way  and on the same wave-length  as heterosexual lovers.

In this Spanish-langauge  film  the two men could be Audrey  Hepburn and Gregory Peck in Roman Holiday for all we care.The first 20 minutes has no dialogues  at all as  Ocho(Juan Barberini) holidays alone in  Barcelona.  We can see he isn’t enjoying his solitude. Soon he has company, male  company, Javi(Ramon Pujol).  When after some  heavyduty sex they  get down to talking they discover that  had known each other  twenty years  ago.

Here is  where  the  rather slender subtle  and stirring sensual drama  gets  all  messy  and  selfconscious. We see  Ocho and  Javi meeting up  when it was still  the last century and  mores were  more  immovable.So we see  both Ocho and Javi hiding their  sexuality  pretending to have steady girlfriends, and so on and so forthrtight.

While this long  flashback segment has a brilliantly unrehearsed   dance  of seduction between the two men where they both let go of their inhibitions, the  basic idea of  the couple meeting up after 20 years is  layered  with  loopholes. Absurdly, they  both look  exactly  the same twenty years earlier. Maybe   the Argentinian filmmaker  wants to tell us  love is timeless. But he forgets, youth is not.

Towards the end the film takes  a surreal turn where  Ocho  imagines a life  with  Javi , little  daughter and all, based on what Javi had told Ocho about his life with his  “husband” and daughter.

The  End  Of  The Century  strings  together a  series of  interesting encounters  between  the two men who are  clear  on  one thing: they  cannot get  into a permanent relationship. If only we  cared enough about their future ahead, together or apart. The  erratic storytelling doesn’t allow us to feel the burden  of Ocho’s  or Java’s loneliness. For them that brief encounter in Barcelona  twenty years  after they first met, is  enough. For us, it is regrettably not.

The  film goes to  absurd levels to  show  the passage of time as being irrelevant . A black teeshirt with ‘Kiss’ embossed on it makes a vital  guest appearance. If that teeshirt is   trying to say something, we are  not listening. 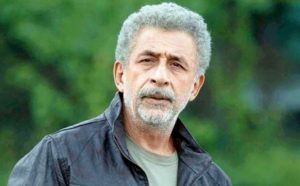 Previous post Naseeruddin Shah: “What’s happening in the country is tragic and it angers me” 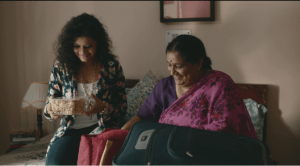 Next post Everything Is Fine: Seema Bhargava In A Short Film With Long Legs