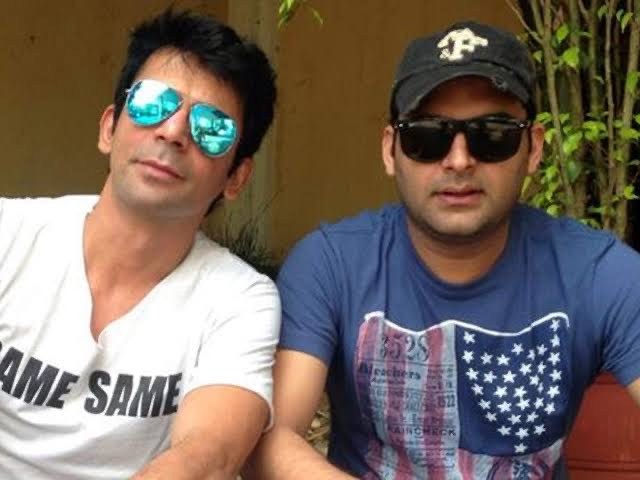 “The two have gone far beyond a reconciliation,”  a source very close to Kapil tells me. “And  one really wonders who keeps restarting these rumours  . Because it’s certainly not coming from Kapil. The show is off the air. If and when it comes back the lineup of  comic actors will be the same as  before it went  off the air. So sorry, no Grover.”

Ever since Sunil Grover broke  away from  Kapil Sharma’s show he has been struggling to  find a foothold in the  entertainment industry. Grover’s  closeness  to  Salman Khan yielded a strong supporting  role in  Bharat. Most recently Grover was part of the controversial  Tandav. But nothing has been going  the way  Grover hoped. His attempts  at  doing his own solo comedy show on television have been no less than  unmitigated disasters.

Someone recently started a rumour about  Salman  Khan initiating a  Grover-Sharma patch-up:  completely  untrue, it turns out.

Kapil’s friend  wants to know  why Salman’s name is being dragged into a dead issue. “Why would Salman take  any interest in bringing Kapil  and Sunil together? He has his hands full with enough.This is of no interest  to him.”

Also Read:  Mahesh Babu’s Explains Why & how His  Jokey words On Bollywood Were Misconstrued

As   for  the chances of  a reconciliation Kapil’s friend states,  “It’s  nil. After their fight in  2017Kapil sent several feelers to  Grover. He  didn’t respond. After  that there has been no communication between the two of them.”