Nargis Fakhri: "I am pretty good at keeping myself busy and being alone"

“Chiranjeevi Was Going To Be A Father Soon,"Says Kannada Superstar Yash About His  Colleague's Death

Aahana Kumra Brought In Her Birthday During the Lockdown

In an ideal world it should be gender neutral: Nandita Das 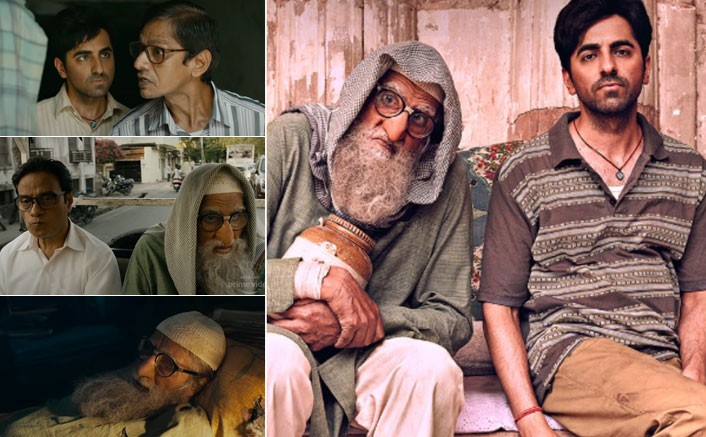 Amitabh  Bachchan’s look  of the Muslim Patriarch  in  Gulabo Sitabo is being talked about. While some would say the look is a stereotypical  representation of a  ghetto  patriarch from a   particular community, a photographer Mayank Austen  Sufi   has  come  out on Twitter to accuse the  film’s makers of copying the look of an old man whose  picture Mayank had posted on  social media   in January 2019.

Mayank says on  Twitter,  “OH DAMN! Actor Amitabh Bachchan’s “first look” from the forthcoming movie Gulabo Sitabo is exactly the replica of an Old Delhi man whose portrait I clicked and posted on my Insta in Jan last year—down to his scarf, beard, glasses!..”

While Shoojit Sircar refused to comment on  the  allegation of  apery a source  close to the  project confirms that the  Big B’s look  indeed came  from  the social media.

Interestingly that is  not only inspired element   in Gulabo Sitabo.Paresh Rawal and Akshay Kumar playing Baburao Ganpatrao and  Raju brought the house down in Priyadarshan’s Hera Pheri. Amitabh Bachchan and  Ayushmann Khurrana  in  Gulabo Sitabo certainly seem  inspired  by  the earlier  squabbling landlord-tenant duo in Hera Pheri.

Says a source, “The  inspiration is clearly taken from Priyadarshan’s Hera Pheri down to the taunts barbs and insults  exchanged  by the landlord and tenant.”