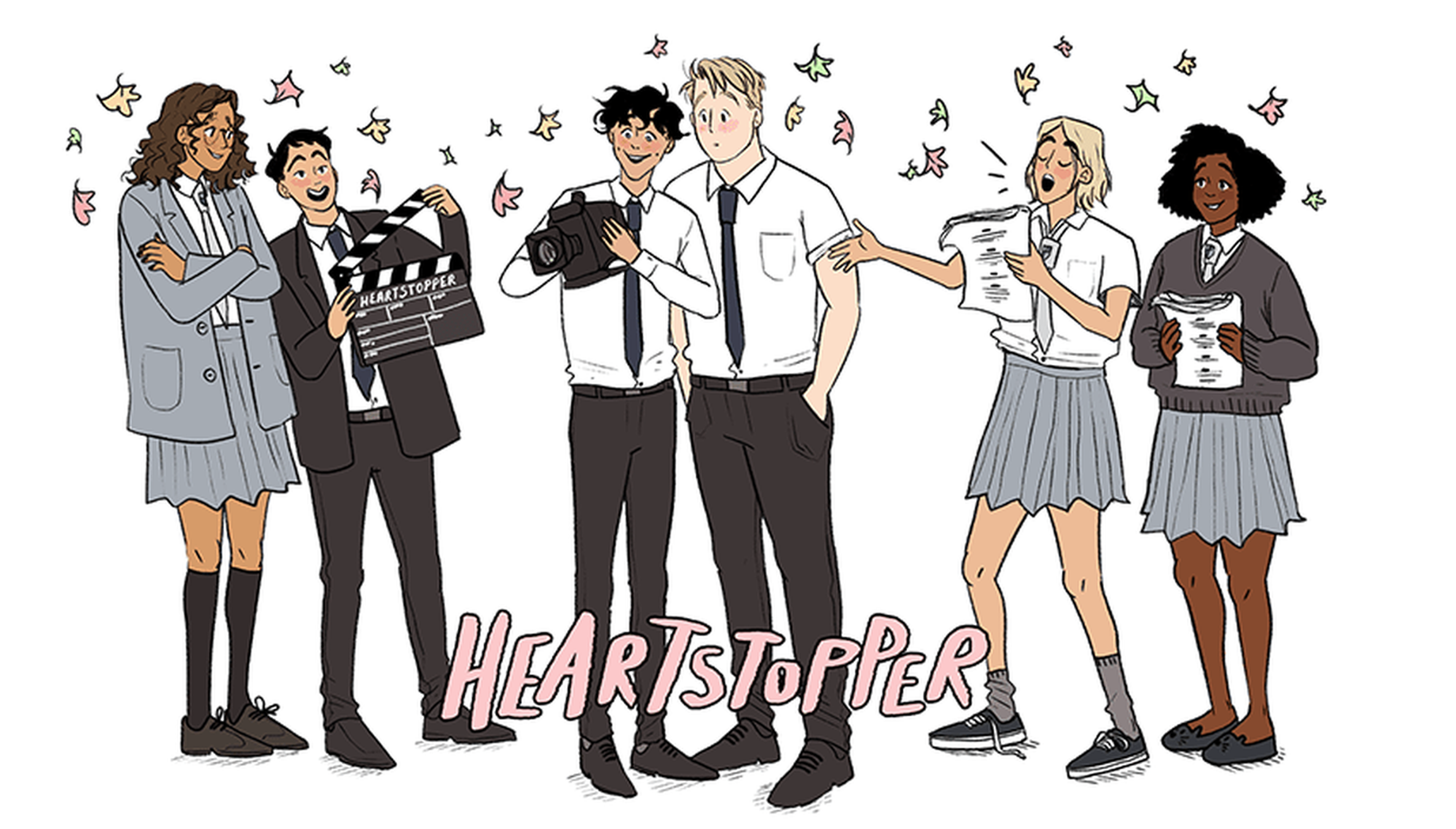 Be warned. This is  not your tight-assed drama-filled emotional series on  coming out as gay. Outing has never been shown  to be so much fun. Kids of 17 or 18,  outing ,doubting and  pouting can be a great deal of  fun,provided  we stop gawking and judging the series  for lightweight-lifting of a serious social  issue.

The one question that  could throw the hammer in the fun factor is, are these kids intellectually  equipped  to  know their  sexuality? At that age everyone is  attracted to everyone, gender and sex no bar. Life is a succulent candybar. Director Euros Lyn  bites into the delectable teen dream, creating a series that’s almost magical  and nearly the first ever  series celebrating  post-adolescent  sexuality with such gay abandon.

When we are introduced to the college  kids the main protagonist Charlie Spring(Joe Locke) is already  out, very gay  very happy.Okay not very happy. But well-adjusted. He has  a caring concerned solemn best friend Tao(William Gao,who is  my favourite character and  performance) and then when everything seems  perfect  he meets Nick(Kit Connor) who  is unusual about his  sexual preference. He  likes the company of girls who hit on him for his teen swag. And he likes them back. But hang on. He  also  has feelings  for Charlie.

By the time  Nick makes  up his  mind about his sexuality the series goes through  an abundance  of  joy and sorrow, glum  glances, rhapsodic  moments between friends who are  discovering the pleasures of one another’s company and all the  side attraction that comes with the territory.

This is  a blithe piece of work, effervescent about its guilty pleasures,admirable for its  humble  ambition,  remarkable for eliciting  effective  performances from raw virginal newcomers who  seem  to be discovering their  hidden talents in  more  ways than one.

The  great Olivia Coleman hops on gamely just to show her solidarity with the them. When her screen-son Nick tells  her he is probably bi-sexual her response is pure fairytale:  “Honey, I am so sorry I couldn’t be the mother that  you could tell  this too earlier”  and  “You don’t have to say  you like girls also, just to please me.”

This  kind of parental indulgence is way too over-the-top and utopian. But the emotional imbalances are  amply evened  out by the non-judgemental  tone of  storytelling. The series basks in its same-sex glory. There are hardly any  homophobic  bullies around. Those who do taunt  the protagonist for being a ‘pansy’ are so halfhearted  about it, they seem  like a stammering  Greek Chorus in  a robust   burlesque.

In the world  created  in Heartstopper, all is well even when the alumni are  all messed  up in their  heads about who they are.