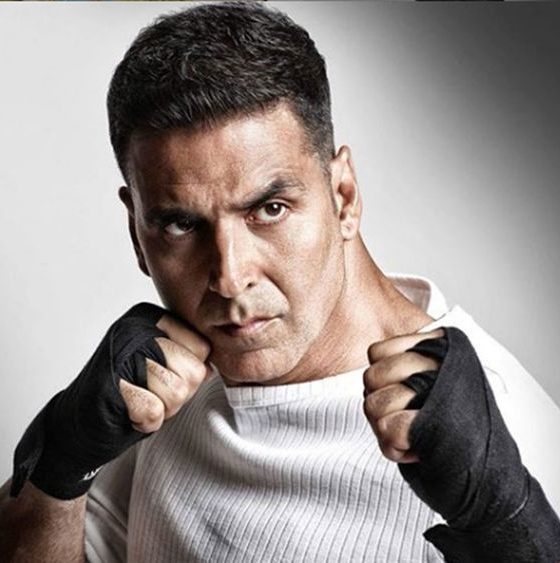 It was Salman Khan, ever honest and not the least insecure about his rivals, who declared that among all his contemporaries Akshay Kumar has evolved the most.

I agree. For my money, Akshay Kumar is today the most watchable A-list star-actor in Bollywood. Unlike some  other A-listers who  largely play  variations on their own personality in their characters,  Akshay Kumar has over the years developed an uncanny ability to create believable charismatic heroes who are not afraid to show their weaknesses in front of the camera.

This determination to not  forefeit his antecedents  is a miracle in show business where I’ve watched Kapil Sharma and Nawazuddin transform into starry monsters in no time at all.

Curiously  Akshay Kumar never speaks  ill of anyone. I’ve never heard him badmouth any of his colleagues, although we are close enough for him to do so without the risk of  being exposed in the media. If being correct in his behavior makes him boring so be it. Akshay would rather be described as dull than evil.

He lets his work do all the talking. Akshay Kumar’s  choice of roles is impeccably versatile. In 2015 we saw him in 4 films. While two of them Gabbar Is Back and Singh Is Bling were populist entertainers  designed to showcase  Akshay Kumar’s comic aptitudes to advantage, in Karan Malhotra’s  Brothers he was a brooding ball of fire trying to fight the ghosts of a  terribly dysfunctional familial past.

But the film in 2015  that really showcased  Akshay Kumar‘s rapidly growing virtuosity was Baby a spy thriller directed by the very versatile Neeraj Pandey about international terrorism done with a  supple swagger that very few mass-entertainment films have been able to achieve in recent times.  It’s an awards worthy performance because the actor nails his counter-terrorist hero’s role without attempting to scale larger-than-life dimensions in the way Saif Ali Khan did in the other counter-terrorism film  Phantom.

To be able to harness the inner hero in himself and yet remain vulnerable and connectible is a not an easy task for any actor.  Akshay Kumar achieves a rare synthesis of vulnerability and valour in his performances.  In real  life he remains a family man . His pride at his wife Twinkle’s success as a columnist and author is genuine. He sportingly allows his wife to bully him in public. But he knows when to assert himself without seeming a spousal tyrant. He is the happiest when bonding with his two children Aarav and Nitara and the saddest when he has to work on a Sunday.

For a guy from Delhi who made a living as waiter in Bangkok to support himself and landed in Bollywood with no calling card , to being ridiculed as being wooden and flat-voiced by one and all(including by Akshay Kumar  himself) to now being arguably the most fit-and-fine star-actor of Bollywood ….it’s a long way to travel.

Along with Shah Rukh Khan, Akshay proves the film industry can rise above clannish interests, provided the outsider is willing to slog it out until his makeover from a wannabe to a has-to-be is unstoppable. We  know this is  not a  happy birthday for Akshay. He lost his mother just a day before. But there will be  many more much happier birthdays in the years to come.And  the mother will be smiling down.

For Akshay Kumar The Show Must, And Will, Go On