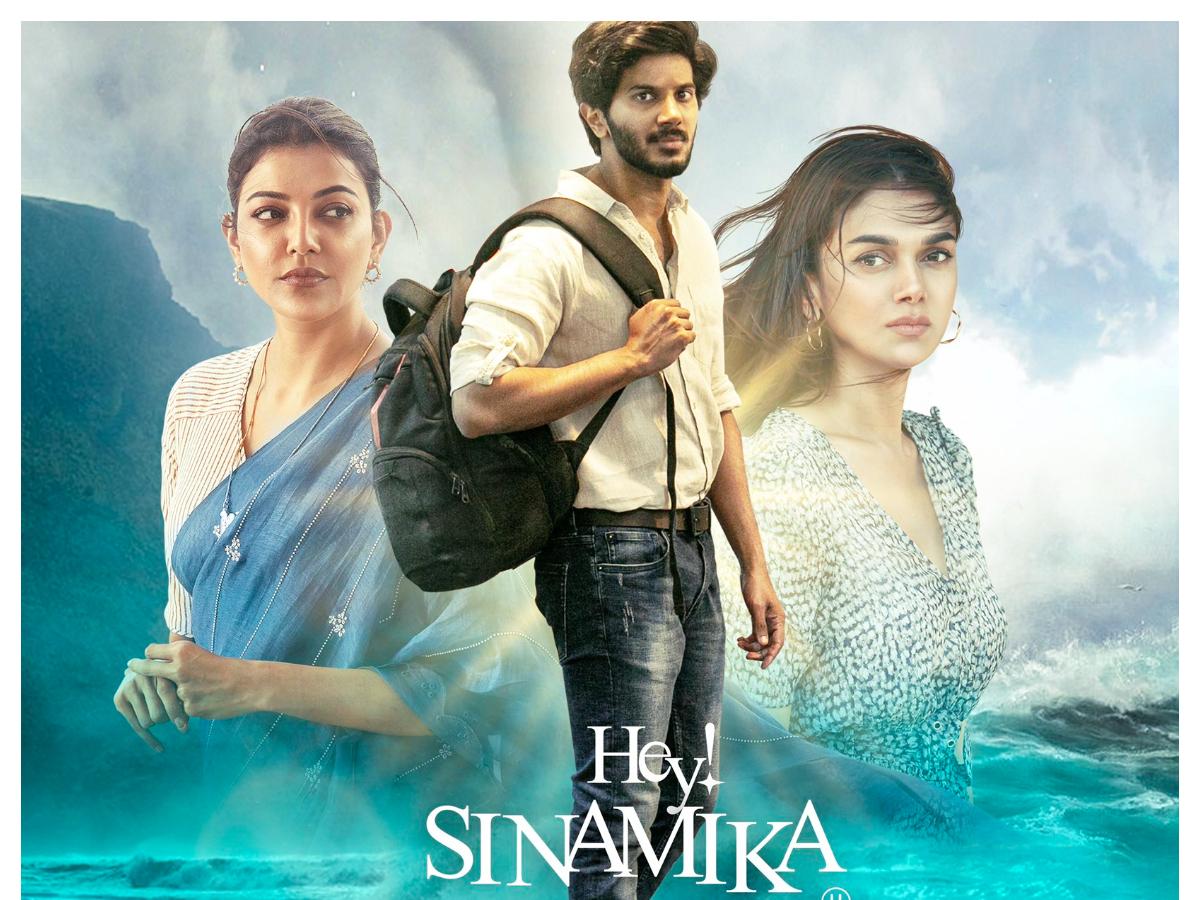 Hey Sinamika: Hands-down , this is Dulquer Salmaan’s career’s  lowest-of-the-low  blow, so  dimwitted and so taken up with being sassy that it forgets  to inject some amount of  native intelligence to a marital  comedy that  will put you off  Dulquer and marriage , in that  order, for keeps.

Is it the  character he plays? Or is  it the film that is  annoying?  Dulquer plays  an over-talkative busybody  and  an over-possessive  husband  who puts his wife to sleep with his sermons  on  culinary  flavours  and  other  trivia.

Dulquer doesn’t have to try hard to  irritate  the  hell out of his wife. So infectious is his  penchant for annoyance that we are soon looking for ways  to  beat down the hero’s yakking .

Once we  get the  point about Dulquer’s verbal diarrhea, there is  nothing more to say. The  writer Madhan Karky   relies  blindly on the Argentinian  original (Un Novio Para Mi Mujer.). But  the  cultural  differences get in the way of    a smooth-flowing narrative. The  movement of the marital  mirth from birth to  rebirth   is  heaving  spasmodic  and. worst of all, uninteresting.

Dulquer and Aditi  are  strangely  awkward with one   another, like two strangers  in a  railway  compartment who  decide to behave like  close friends  to drive away the boredom  of  the  long journey.

And  the less said about Kajal Aggarwal, the better. She plays a psychologist. But behaves  so unprofessionally it seems  she is in the business of seduction rather than the responsibility of hearing couples fume  over their  fractured marriages.

The  triangle  among Dulquer, Rao aand Aggarwal in  the second-half is  like tedium in a terror chamber with no  exists.

What I like  are  the  comments on house husbandry and  on traditional gender  roles. These, sadly, are  diluted by  some hideous  compromises: just because  a choreographer  directs this dunce-special must we have an elaborate  quasi-classical number where Rao and Aggarwal twirl and spin like twins in  la la land.

Like chewing gum, Hey Sinamika gets  more rubbery in flavour as it moves forward  laughing at its own jokes but sadly unable to communicate  even an iota of the intended  humour  to the audience.By the time Dulquer and Rao reach  the court for a divorce the audience is  ready for an  out-of-court settlement: tell us this  film is a joke, and we  promise not to sue for mental  torture.

Suresh Triveni: ‘I like watching the genre where Jalsa lies’