Artemis Fowl, Disney Dud  Is Neither Fish Nor Fowl

Sushant Singh Rajput Was Looking Out For Rhea Chakraborty's Career!

No One Killed Sushant….He Was  Not A Jobless...Victim Of Nepotism!

Nargis Fakhri: "I am pretty good at keeping myself busy and being alone" 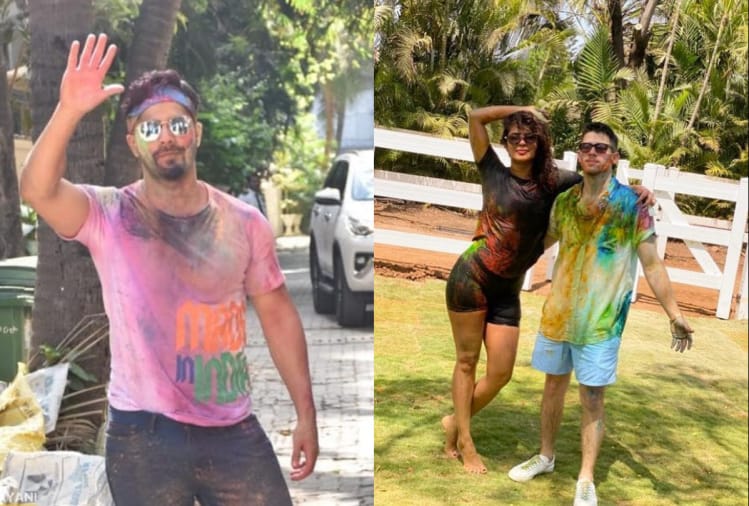 In the film industry, Holi is not just a festival but a fashion affair where celebrities go out of the way with their outfits and make a statement. Though the fear of coronavirus subdued the exuberant and jubilant celebrations, actors didn’t hesitate in giving major fashion goals on the day.

Isha Ambani in a beautiful ensemble by Picchika stole all the limelight. She looked stunning in the floral suit. Mr and Mrs Jonas’ co-ordinated shoes and outfits by designer duo Abu Jani and Sandeep Khosla also caught a lot of attention at the party. Besides, Katrina Kaif went a little quirky with Anamika Khanna’s white lehenga. The topography on it made her stand out of the crowd.”

Kareena Kapoor also took to her Instagram to share a photo and video of herself and son Taimur from their Holi celebration. “Kareena’s personality and sense of styling can make even a basic white kurta looks designer,” says Monish. “With black sunglasses on and her trademark pout, Kareena looked stunning as always. Taimur, on the other hand, gave out major Nawabi vibes. With a chikankari kurta and colour all over his face, he looked adorable.”

Apart from the aforementioned, Actor Karishma Kapoor also posted a picture with her children. Aamir Khan shared an image of his wife and son all geared up to play Holi.

“Neha Kakkar was another celebrity who looked fabulous in white. She completed the traditional look with a yellow phulkari dupatta. Deepika went low-key with a basic tee and boyfriend jeans. She posted a video while dancing to the beats of her song ‘Balam Pichkari’.

In a nutshell, the actors gave their fans a whole lot of ideas to revamp the wardrobe.