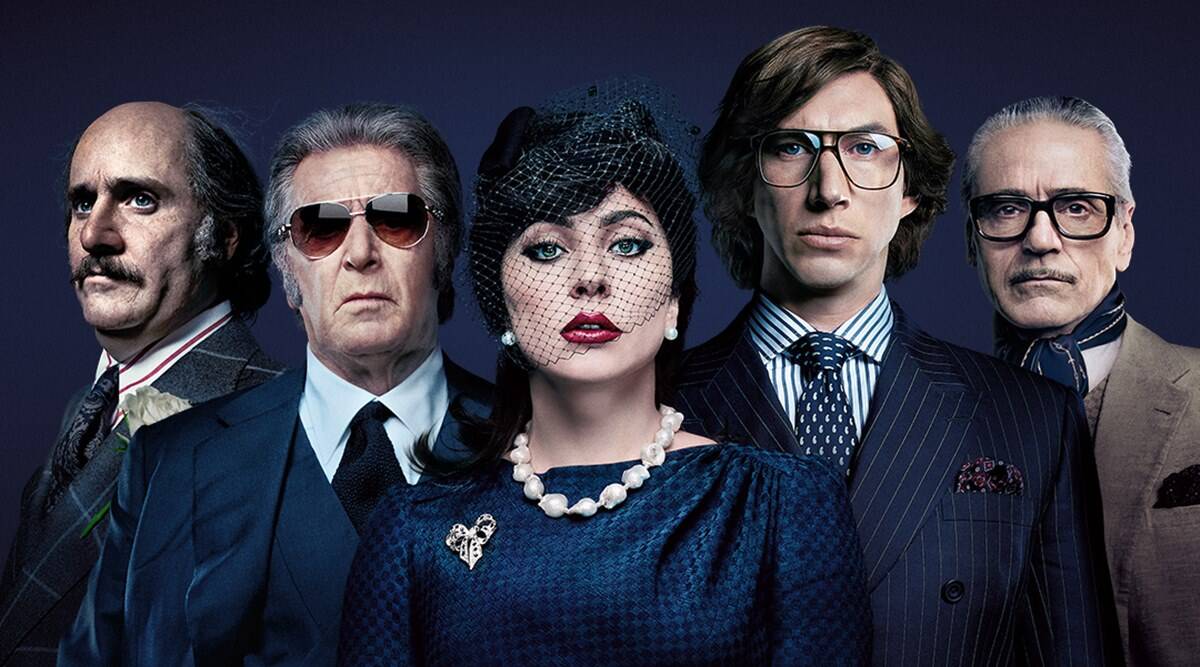 House Of Gucci: The Gucci brand is not half as enticing as the  people behind it. Like  all  billion-dollar empires this one too was built on blood, sweat, tears, lust and  distrust. The House  Of Gucci captures  all of  the excitement and  heartbreak, sometime together,  often  times apart. The passion underlining the  fashion is  never on ration.

Emotions flow freely and  occasionally deeply into the  fabulous pop-epic , a work of naked splendour. Director Ridley Scott  who is now 84 and  who directed two  big-screen  epic stories   The Last Duel and The House  Of Gucci  in 2021, is not so much interested in truth, as in what lies beneath. I am not  saying the Gucci saga as told by Scott is  untruthful. However these are characters  who lie all the time:  to themselves and   to others.

How  do we know   the feisty  Patrizia(Lady Gaga, superb once again after A Star Is  Born)  didn’t marry Maurizio(a strangely  listless  Adam  Driver)  for his money. Maurizio’s father( a rousing performance  by Jeremy Irons) seems to think she  did. But when  Maurizio shows  up at her doorstep  disinherited and penniless she  agrees to marry him.

Was  this decision a part of a much much larger plan? The way Lady Gaga  plays her  role  of the supportive  provocative pushy  wife , she is party Lady Macbeth and partly Virna  Lisi in How To Murder Your Wife. She pursues  Maurizio with a  stalker’s single mindedness. Once  they are married she gets down to rescuing the family business  from Maurizio’s  uncle Aldo(Al Pacino, habitually brilliant) and Aldo’s witness  borderline-dumb balding son Paolo( an unrecognizable   Jared Lato).

Suffused with  a  strong sense  of satire , House Of Gucci occasionally  jumps  ahead of itself. We are  not always sure if the intended tone is facetious  or tragic. But  these  are minor hiccups. Seen in  the larger  picture  the love-gone-fugitive (Prem Rogue??) theme is handled with  an intuitive  coherence and  a  spot-on sardonicism.

Driver  and  Gaga work well as a couple . They work even better when they  hate one  another. There is a  brilliantly shot  sequence outside his apartment  building where she  tries every trick in the  book to get him back.When all  fails…we all know what scorned woman can do. Lady Gaga never plays  the wife for  sympathy.

The narrative is  never  short of breath even as it staggers    through  years of misadventure  in the Gucci family. It’s  all  here, captured for posterity in a delectable demonstration of public tantrums  and private  betrayals. Some would say that Ridley Scott and his  writers have forfeited  authenticity  in pursuit of  an engaging narrative.

No worries. The Gucci family loves  fireworks. This  film delivers it in abundance

Women in Bollywood: The Feisty 5 Who Tell It Like It Is

Aditya Narayan is now a proud father of a baby girl