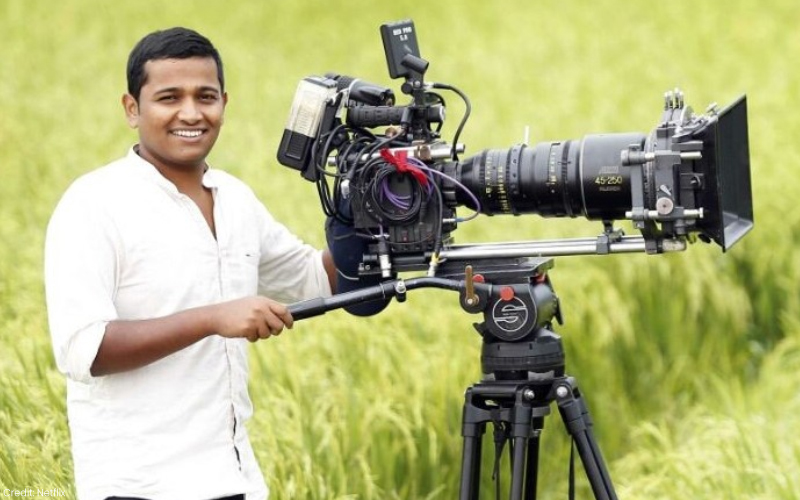 It Was  20 Days  Of Nightmare Shooting The Climax During Covid,”  Says  Basil Joseph  Subhash  K Jha

Basil  Joseph, the  31-year old  director  of the Malayalam blockbuster  Minnal Murali is a happy man.  His film has become a rage on Netflix.

Accepting my congratulations, Basil shares,  “We made the film against all odds. The very idea of  a super-hero film in Malayalam seemed   illogical. I remained with the  idea for a long time  and finally took the plunge. I  knew we didn’t have  the  budget  of the  American super-hero films. To even try to scale those levels of spectacle  was ridiculous. We wanted  to tell a super-hero story that  viewers of every age-group could relate  to. Minnal Murali is  relatable to  every age group  from grandparents to kids. That’s how we wanted it to be.I am glad  it’s turned  out that way.”

More than a super-hero film Minnal Murali is  a film driven by characters and emotions.

Basil  agrees, “Yes, that’s how we  planned  it. There are two ordinary human beings who  acquire super-hero powers  in  the film. My film is about how those  powers change their lives. We  wanted  the  story to remain  light and  enjoyable, but with dark undertones.Tovino Thomas  was always  my first  and only choice to play the super-hero. I had worked with Tovino in my second  film  Godha in 2015. So we had a certain understanding and a  rapport. You could say  the  idea  for  Minnal Murali developed  with Tovino as  an integral part of it. I had my heart set on Tovino as  the  super-hero  because he has a certain athletic  personality.  But he   can also be very funny.I wanted  my superhero to have a sense  of humour,  the ability to laugh  at  himself.”

Minnal  Murali actually has two super-heroes. Basil explains, “We chose the very talented  Guru Somasundaram for the other  super-hero. He is  not known to play leading men but an excellent  actor. I had seen him  in a film called Joker  in  2016 where he was  unforgettable. I  had decided to work with at the first  given opportunity.Somasundaram  brings a disarming complexity to his  character. He invokes  very conflicting emotions in the audience. He makes you angry,  but by the end of the film you feel deeply saddened  by his plight. His character  makes Tovino  the  superhero at the  end.”

Basil and Tovino are now planning  the second  super-hero film. “We have plans  to make  another super-hero film. But at the moment I have no idea where  or how  the story  will go. Minnal Murali 2  will definitely  not be my next  film. I have  other ideas  for my  next  film.”

Basil reveals how difficult  it  was to shoot  Minnal Murali. “We started  shooting  before the  Covid , then did  4 schedules  during the  pandemic.The climax  of  the  film was  shot  at the height  of the pandemic. It involved hundreds  of junior artistes. I have no idea how  we pulled it off. I remember it as  twenty days of nightmare. Thankfully the end-result is worth it. Minnal Murali is designed  for the  big screen.So yes, I did regret  not having it in cinemas. But looking at  the brighter side, my films will reach  into millions of  homes across  the world on Netflix.”

I tell Basil that the best films in India are being made in Kerala, and he  replies, “I’m very proud  to   be part   of  the Malayalam  film industry. Here  filmmakers are willing to  try new  ideas and  audiences are most receptive to  any kind of  story as long as  it is relevant and  resonant.”

The director intends to keep the tone   light. “It  could be  a serious  film.  But  the  darkness would  dissolve into  happiness. I want  the audience to  smile  when they see my film.”

Taapsee Pannu Relives The Excitement Of 2021