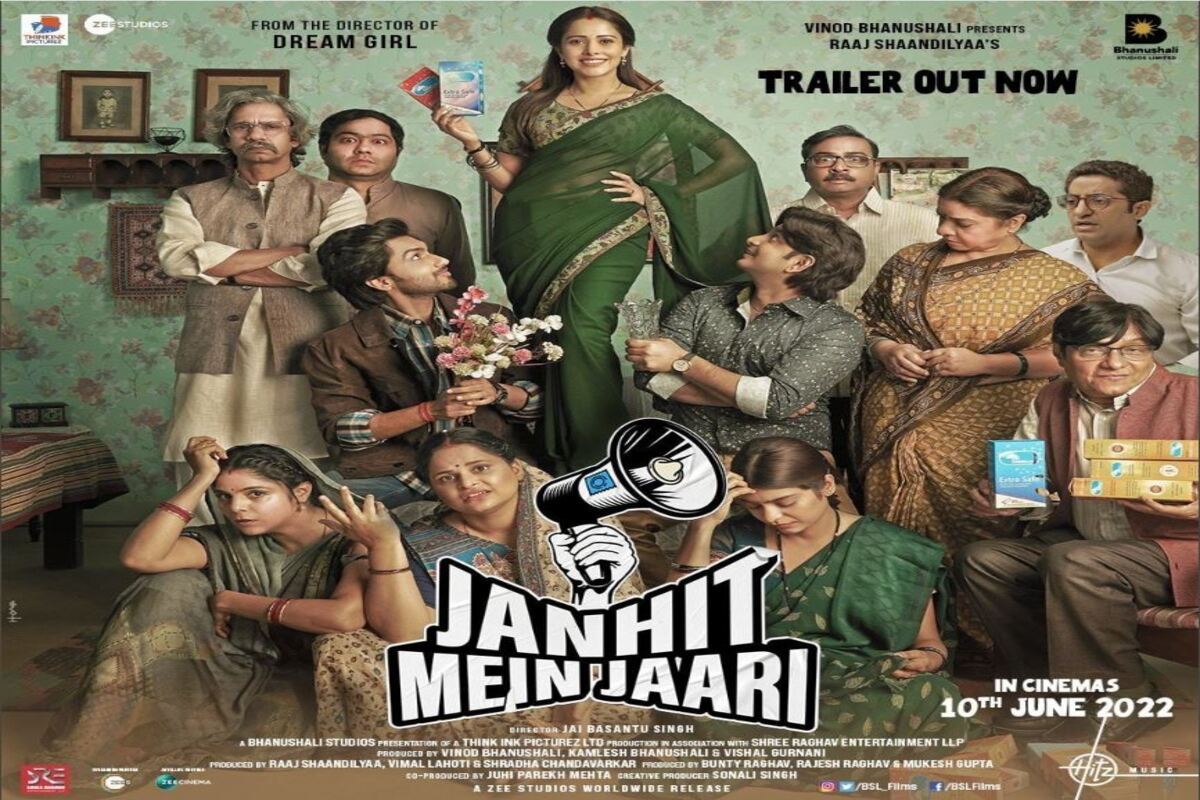 Raaz ki baat bataaon…Vijay Raaz seems to have  stepped into the role of the rigid ultra-conservative patriarch in a  small town that Ashutosh Rana would ideally play. Raaz being Raaz manages to make the  role interesting although it seems to belong to  someone else.

When his screen-son Ranjan, played by the promising newcomer Anud Singh Dhaka, brings home a wife who is a condom salesperson, papa Raaz shows his displeasure. “Women in  our family do not go out  to work, and that  too such dirty work.”

Posh, coming from the head  of a family where the men, including Ranjan seem to do nothing except pass comments over the world that passes them  by over endless cups  of tea prepared  by the womenfolk who produce children or talk about producing them.

Janhit Mein Jaari, set in a  condom wholesale  outlet in a conservative  town , has  some brilliantly ironic plot points, like Manu’s suitor (Paritosh Tripathi) who continues to be  a devoted  friend even when she marries someone else, or   Manu sharing beer bouts with her husband Ranjan.

There is a  wonderfully written sequence before their marriage when Manu suggests a quick tumble in the hay. Ranjan’s coy but firm  refusal is priceless. There  is a  good actor somewhere  in  Anud Singh Dhaka.

This film and its radical statement on why women need to make sure that their partners use condoms, belongs to  Nushrratt Bharuccha. She  is fiery , feisty and blissfully plastered when her in-laws are  not watching. The character  owes an allegiance to Kangana Ranaut’s Tanu in Aanand Rai’s films.  But then all smalltown female firebrands are like that only.

While the film has its  likeable moments , the  unwanted  episodes of  useless raillery   creep in maliciously  to ruin  the  atmosphere. There is  this  lengthy supposedly comic sequence where Ranjan’s  brother rushes out to buy condoms and  gives his grandfather(Tinu Anand)  a condom to drink in place of  antacid.Eeew.

Manu and Ranjan would have  provided us with a lot more manoranjan without  the humbug.

Vijayendra Prasad On The Sequel To Bajrangi Bhaijaan