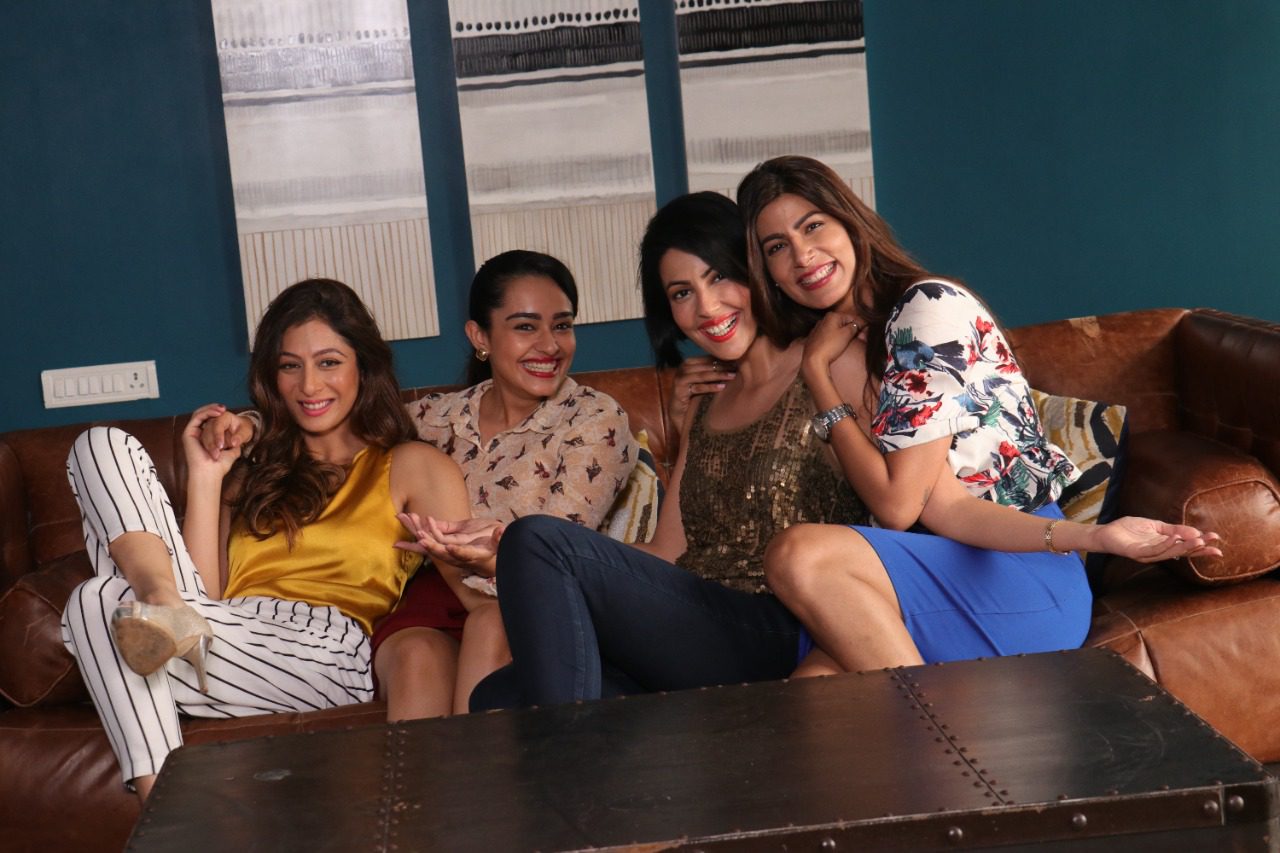 Udan Patolas which will stream  on  Amazon miniTV  from 10 June, revolves around the life of four best friends who are free-spirited, beautiful, and fun-loving girls staying in Mumbai, the City of Dreams. Having done their best to fit in by changing their name to one that sounds more modern, this fantastic 4 dream of landing a rich boyfriend and blend in amongst the rich and famous.

Directed by Shakti Sagar Chopra and produced under the banner of Applause Studios, the short film features Apoorva Arora, Poppy Jabbal, Sukhmani Sadana and Asttha Ssidana in the lead.

Says  Poppy Jabbal ,  “Shooting for Udan Patolas was a blast and a dream come true! The vibe, the energy and the chemistry that we four girls have is something special. It is a show that will strike a chord with all girls and  we can’t wait for everyone’s response.”

Aasttha Ssidhana is extremely excited. “It’s my acting debut per se. So yes,the story of all the characters looking to make it big in the City of Dreams, is something everyone will find extremely relatable. I guarantee, you will fall in love with Noor.”

Apoorva Arora   says she had a  blast working with her  three co-stars. “Four girls looking to make it big in the big city. The culture shift of moving from Punjab to Mumbai, the jokes, the storyline, the friendship is something audiences will find extremely endearing. It’s been a blast working with everyone on the show and catch us looking to blend in.”

Sukhmani Sadana   who  also plays the  lead adds, “ Udan Patolas is a project extremely close to me. Having written the show and to feature in it as one of the leads just adds to the excitement! Loved working with Apoorva, Aastha, Apoorva Arora said, “Udan Patolas is a very special show for me as it highlights the bond of friendship between these four free- spirited girls, who nurture high aspirations. I play the role of Puneet in the show. She is naïve and yet understands the ways of the world and therefore is mostly guided by her three friends. While shooting, we created many wonderful memories with the whole cast that I will cherish forever.”

Poppy Jabbal  adds,“It was a fabulous experience working on this project as I got the opportunity to be a part of a relatable girly show. My character Amrit is a girl from a small city (just like me), who dreams big and wants to lead by example. She is a lovable character and goes through many ups and downs throughout the story. I am really happy that the show is now all set to launch on Amazon miniTV that viewers can binge-watch for FREE.”

Sukhmani Sadana confesses he is nervous.“I am excited and nervous at the same time for the release of Udan Patolas as I have written as well as acted in the show. My character Lovely, who changes her name to Lovelle, is clever and ambitious and does not allow her emotions to get in the way of her dreams. I strongly connect with the show and my character as I have my roots in Punjab. It was great to have Shehnaaz Gill join in the celebrations and add to the excitement.”

Says Aassttha Sidanaand “I feel blessed to be a part of this fun web series produced by Applause Entertainment which is full of drama, romance, and comedy. I am thrilled that the trailer is finally out and is taking the viewers on a joy ride and raising their curiosity. I feel that audiences will be able to connect with the constant inner conflict that Noor faces.”