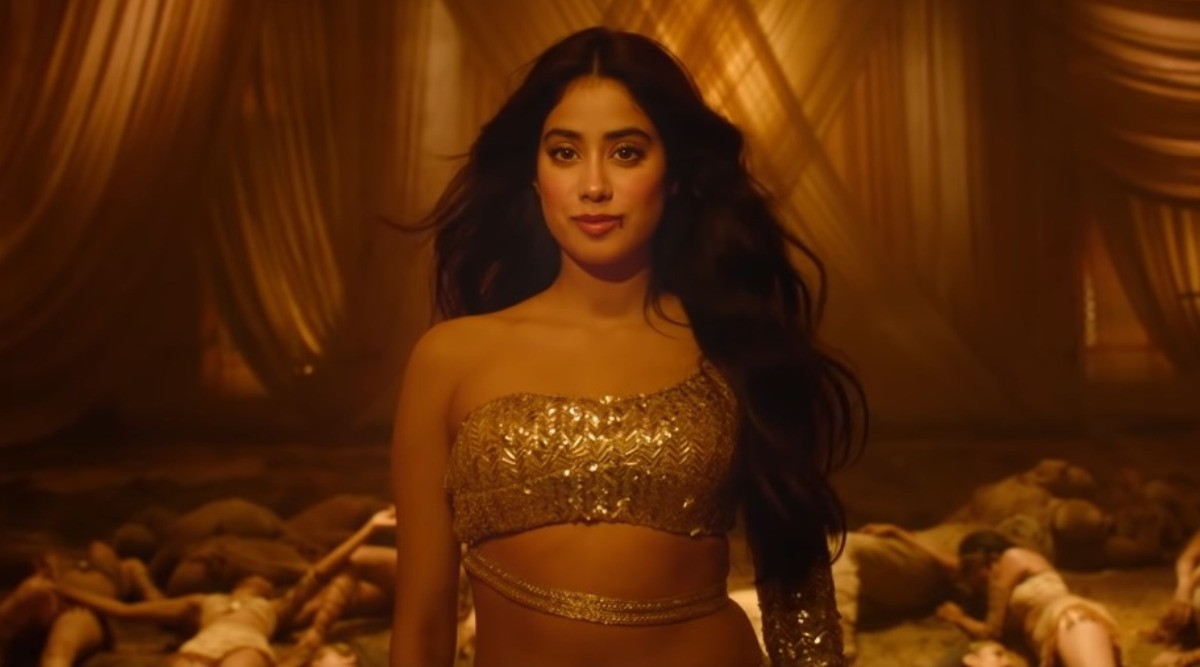 (chuckles) Yes it  was  Rooh  Afza. Then we  though we could get away  with Roohi Afza. Phir humne  socha   Roohi   hi rakh lo chup-chaap.

You are no stranger  to  ghost stories?

Yes, earlier I had done a segment  of Ghost Stories  directed  by Zoya Akhtar. I must confess  I am quite scared of ghosts.When I watch a  horror film I begin to imagine reflections  in  the mirror, creatures  sitting on my closet…

And  creatures  hiding under  your bed?

No not that. I have got  a  cupboard  fitted  underneath  my bed so I have  cleverly   overcome that  fear.I was  very fascinated  by the  subject  of Roohi. I had  heard  that Dinu Sir(producer  Dinesh  Vijan)  was looking  at casting for  the  film. I asked  him to consider me. Luckily he  felt I fitted the  bill.

So you actually went and sought  the role?

I did!  I heard  the  one-line concept and I fell in love with it. The concept was, there’s this girl and she’s possessed by a chudail. One man  is  in love  with  the girl  and  the  other with the chudail.

Exactly.  It felt  like  an opportunity  for me  to broaden  my horizons  as  an actor.Though I  have  to admit  I’ve no funny lines. The situation  is  not funny for my character Rajkummar Rao and Varun Sharma have  all  the  funny  lines. The  performance  as a chudail was  not  at  all funny for  me. It required a high level of performing ability from me. I had to push myself.

Did you watch any films  about chudails before playing one?

Yes, I watched The Exorcism  Of  Emily Rose repeatedly. I think that actress Jennifer Carpenter is  simply outstanding. It is  one of  the most underrated performances  ever.I also watched Jyothikaji’s performance in Chandramukhi very closely.And  Bhool Bhulaiya.The  I  saw the  original Exorcist with Linda  Blair.

There was also a  Chandramukhi starring  your mother Sridevi?

No that had  nothing to do with being possessed. Roohi  was  a big challenge for  me.

Your last  film Gunjan Saxena  was  a success  although  it was released  during the lockdown  on the  OTT platform?

Funny you saying that because when Gunjan  Saxena was to stream people were comforting me  about how  I wouldn’t even  know  whether    it was hit  or a flop. But now  when I ‘ve another  release coming up I get a sense  of how much people  liked that film and  I feel, Chalo kuch to sahi kiya hoga.

I  didn’t like Dhadak much.Why  a remake  of  a hit film why not an original?

Sometimes  a director has  a fresh perspective  on  the original. That’s when a remake  works. And honestly there are just a handful of stories that we can reshuffle  on screen.

Are  you  going to be  doing a film for  your father (producer Boney  Kapoor)?

Honestly it’s my dream as a  daughter and an actor   to  do a film with my father.We are constantly discussing ideas.I am sure it will  happen soon. Now that  he has turned an actor he will also give  me vishesh tippanni  as an actor on how to do my scenes.

Good  that  you started  your career outside the  family banner. Nobody  can say you are a beneficiary of nepotism.