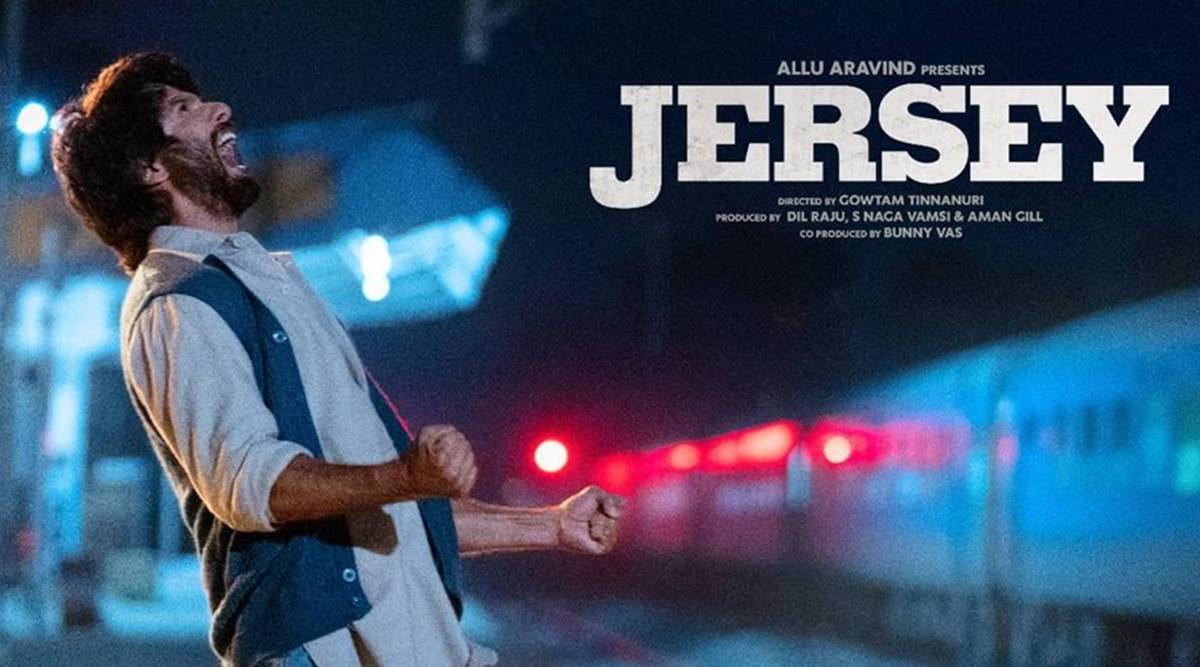 Jersey is  a film that  was waiting to have  its say. And I don’t mean that in just the creative  perspective. Its release has  been postponed more than once. But the weight has been worth  it. This is a  film that’s all heart. Unlike, say,Jhund which approached the sports arena with a distracting detachment, Jersey is not afraid to  flirt with broad emotions. It plunges into its protagonist’s life with a  fervent  gusto,sparing us  none of his anguished  self-loathing for being a loser, specially  in the eyes of his wife and son.

The father-son bonding is crucial to  the efficacy of this mellow drama. Shahid Kapoor,  giving what  could arguably rank as  his  career’s best  performance, bonds beautifully with his screen son played by Ronit Kamra. It’s a pleasure beyond measure to see the two  of them  together. Even when they don’t speak to each other, the father and son are heartbreaking  in their mutual devotion.

Shahid plays Arjun Talwar, a first-rate cricketer who loses his career , and his self-worth partly  due to his own ill-tempered countenance(what’s with Shahid  and these  ill-behaved characters?). The actor on a winning wicket,  plays Arjun with a refreshing  repudiation  of self-congratulation. He is shown  plunging to  the most  embarrassing  pits  of a  moral lowground, and then redeeming himself just in time.

“My son is  the only one who  never judged me,” he blurts  out in a deeply moving confessional sequence. Arjun  must redeem himself,  if for no  other reason , then to  stay a hero in his son’s  perception.

This is  as  good a place as  any to state that Shahid Kapoor is outright outstanding,  letting his hurt pain and anger  manifest themselves wordlessly. Some of his  best moments are with the brilliant  Pankaj Kapoor who plays  the devoted coach who never stops believing in Arjun,even when his wife  does.

Jersey revives  our faith in  cinema with  a heart. It is  gentle compassionate  and  unabashedly emotional. In a number of scenes I  found myself  teary-eyed. The climax,  though highly manufactured and manipulative, is thunderous in  its  emotional impact.

Jersey conveys  a very  unusual  feeling of intimacy and epicness.While most of the  domestic tragedy unfolds in a small unrepaired home filled with fractured emotions, the film moves  out effortlessly into the cricket for some solid  batting and then makes a  pitch for a multi-generation melodrama .

All of this works , because  the  director is in  complete command  over the  emotions . And then there  is Shahid Kapoor. Bringing a ravishing restrain –order to his character’s tumultuous destiny.