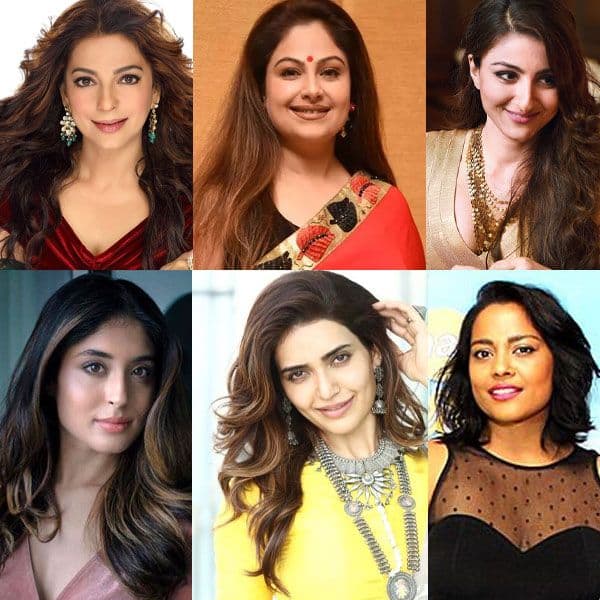 Says Juhi, “I look forward to embarking upon a new journey in the rapidly growing digital space with Prime Video. The platform has revolutionized the art of storytelling with blockbuster originals that have captivated audiences across the country. The plot of Hush Hush caught  my attention, and I knew in an instant  that this is a special project that I’d love to work on. I’m delighted to work alongside such phenomenal actors such as Soha, Shahana Kritika, Karishma and Ayesha and I am certain that audiences will resonate with the show and continue to bestow their love upon the show and me as I begin this new chapter.”

Actor Ayesha Jhulka said, “Hush Hush is my debut in the digital space, and it truly is the perfect project to embark upon for this new journey. Having an ensemble female cast and crew has made this experience topnotch for me and I am certain that audiences will love the series and relate to the varied aspects that each character possesses while dealing with relatable circumstances.”

Commenting on the upcoming series, Soha Ali Khan said, “Hush Hush deals with a stark set of  aspects that women encounter in today’s day and age .I had a wonderful time shooting with Juhi, Shahana, Kritika, Karishma, and Ayesha. Having a female dominant environment brought in a sense of excitement and fun that will translate on screen for viewers to see. I’m certain that the audiences will be engrossed throughout the series and will relate to it.”

Shahana Goswami said, “Hush Hush is a special series with a gripping narrative that will interest audiences across the world. Working with this diverse team of actors such as Juhi, Soha, Kritika, Karishma and Ayesha was so much more fun than I could imagine and something I will always cherish. Each character in the series is a different kind of woman and will be very relatable to all.”

Actor Kritika Kamra added, “I am delighted to reunite with  Amazon  Prime Video for another extraordinary series with a riveting plot that will engage audiences of all interests. Having an ensemble cast and  crew of women to work alongside makes this project even more special. I can’t wait for audiences to witness what we have created and I’m sure that they’ll enjoy the twists and turns as they unfold.”

Actor Karishma Tanna said, “Hush Hush is my second series with Prime Video this year and I’m super excited to be part of this brilliant storyline. I’m sure audiences will enjoy this exhilarating tale that unfolds shadowed truths of the surroundings we live in.”

Delighted about helming a powerful story of such a diverse cast and crew, executive producer, and director Tanuja Chandra said, “The female genre has been my abiding passion but a female-first cast and crew is something of a dream come true for me. I’ve loved working on Hush Hush with a formidable cast and a team deeply committed to creating something unusual but also a show that speaks to the times we live in. And having women as producers and heads of department just made it that much more special.”

Revealed: Rajamouli’s Next With Mahesh Babu To Be Shot In Several  European Countries