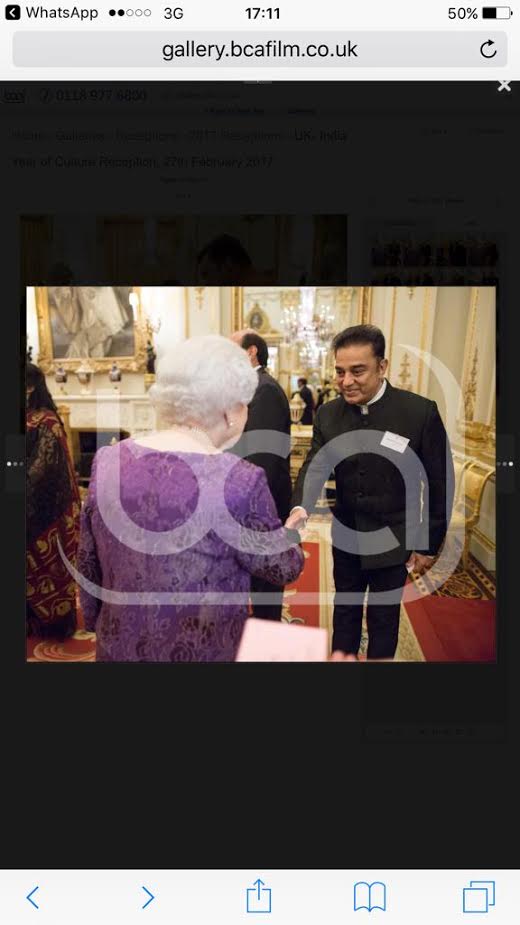 When a delegation of distinguished artistes and entertainers from India were taken to meet the British Queen Elizabeth 2 in London in February  2017 , Kamal haasan   had an advantage over his peers.

He had meet the Queen before, and that  too  on the sets of his own film in Chennai.

Kamal Haasan reminded the Queen of their earlier visit on the sets of his ambitious historical opus Marudhanayagam. It was October 16, 1997 when Queen Elizabeth 2  visited Kamal Haasan’s set. The Queen  was in India and expressed desire to see the shooting of an Indian film.

Amrish Puri, and Kamal’s mentor Shivaji Ganesan were also on the sets. Kamal had shown the Queen footage of a battle scene from Marudhanayagam.

Brahmastra, Move Over Marvel, We Have Our Own Superhero Universe Now