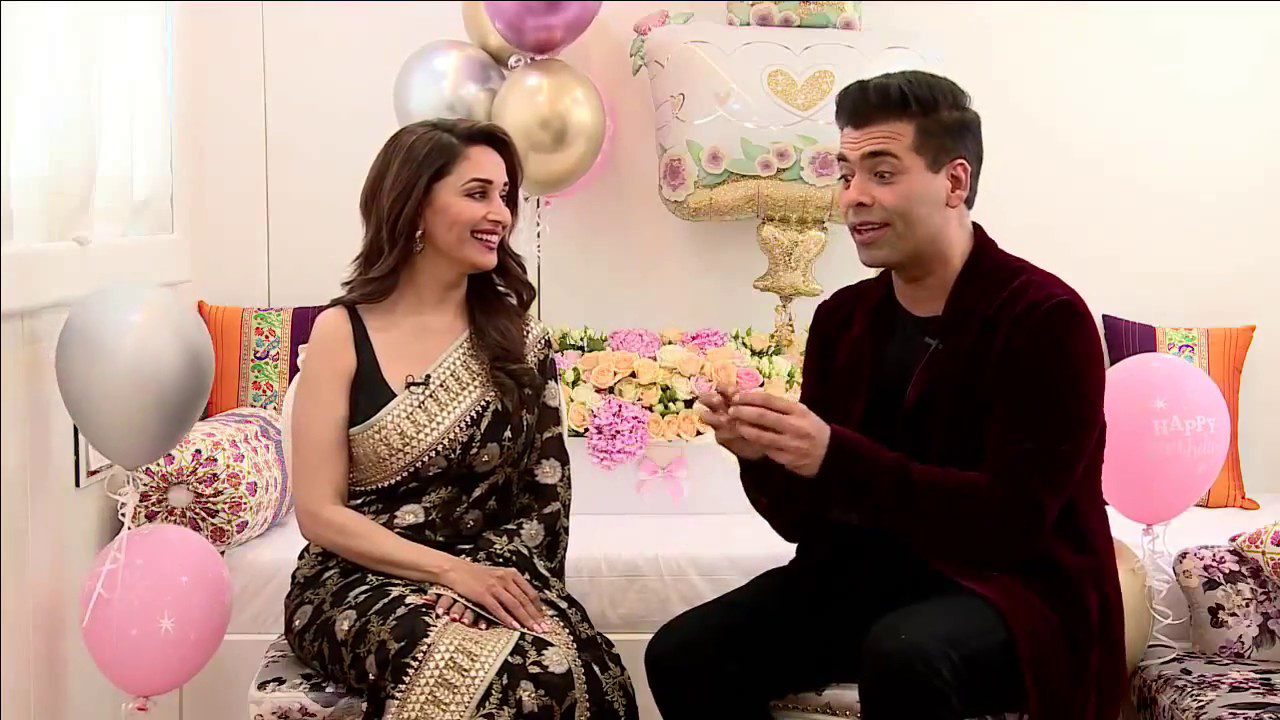 Farah Khan  has been replaced by  Madhuri Dixit  in the  new forthcoming season  of Colors’ long-running  dance reality show Jhalak Dikhhla Jaa.She teams  up with Karan Johar as   co-judges  .

Last week the two shot a promotional  video  for the show where they danced together.

“Can  you imagine dancing with Madhuri Dixit? It is  suicidal. But you know  how much I love taking risks.  It is  wonderful to be reunited with her on the show,” says Karan.

Karan has never  directed Madhuri Dixit, although she played a lead in Kalank which he produced. Karan  has another  Madhuri connection. Her elder son Arin is  assisting Karam Johar  on his latest directorial  venture  Rocky Aur Rani Ki Prem Kahani.