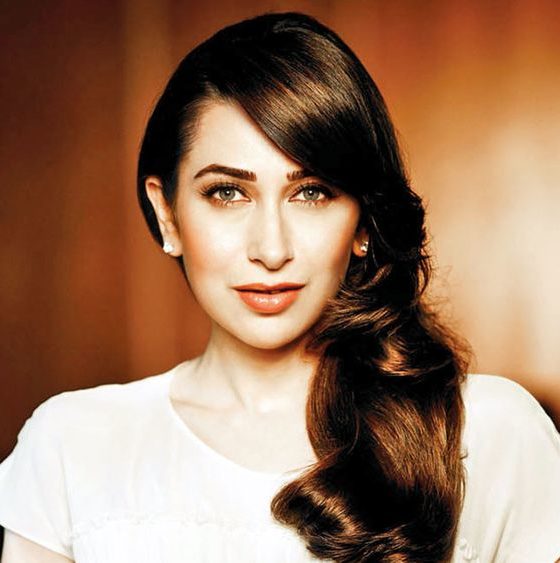 In her  21-year career  as  a major star(her last film as  a  leading lady Dangerous  Ishk was released  in  2012) Karisma  Kapoor has  acted  mostly  in  potboilers which  did no service  to her talent. Here are  5  that prove Kareena’s badi Didi  can act.

1.     Raja Hindustani(1996): two actresses who owe their stardom  to  director Dharmesh Darshan are  Shilpa Shetty and Karisma Kapoor. Shetty’s makeover in Darshan’s  Dhadkan included a  nose job. Karisma’s  hideous wardrobe and  outlandish makeup(including wigs  that looked like abandoned  beehives) were thrown into the  bin as  her personality  underwent a complete  transformation .Her Aarti Sehgal was a  class act.Dharmesh once told me  he had to teach his ‘Lolo’ everything from how to walk to  how to kiss. The film  was an unofficial remake  of  Suraj Prakash’s Jab Jab Phool Khile with  Karisma  reprising Nanda’s role  as  the  ‘pardesi’ won  over by tourist guide Aamir Khan. They shared the longest on-screen kiss of Indian cinema.

2.     Dil Toh Pagal  Hai(1997):  While she  was a  hot favourite with Salman Khan(every film a crass potboiler)  , she  did only one film each with the other two Khans. Aamir in Raja Hindustani, and the second lead  opposite Shah Rukh Khan in Yash Chopra’s Dil Toh Pagal  Hai. The role had been turned down by many actresses including Urmila Matondkar who  didn’t want  to play second fiddle to Madhuri  Dixit.  Karisma made  the best of it contouring a  subtle classy performance  as Nisha who loved Rahul who didn’t love her back. Unrequited love  as a show stopper.

3.     Fiza(2000):  A  sister’s search for  her terrorist brother Hrithik Roshan Fiza  was  the most dramatic  role  of Karisma’s career. She played Jaya Bachchan’s  daughter and Hrithik’s brother with a passionate intensity ,right down to  the Mother India ending.The film won  her a  Filmfare award  for  best actress. Apropos  nothing, Fiza was  directed  by Khalid Mohamed who  edited Filmfare.

4.     Zubeidaa(2001): Shyam Benegal who had earlier worked with  formidable  actresses like Shabana Azmi, Smita Patil , chose  Karisma  to  play the spoilt princess . He never regretted it. Her lioness’ act in Shyam Benegal’s Zubeidaa  showed a rare quality of seductive tragedy and the film got Karisma enough critical notice. Said Benegal, “Karisma trusted the director completely. There was no resistance from her.”

5.     Shakti: The Power (2002) :   A  powerful  performance  in  an over-violent  film copied from the  Sally Field starrer Not Without My Daughter. The boundless brutality of Shakti took  viewers all over the country by surprise. Despite being passed with an Adults Only certificate, children made  a beeline for the film because of Karisma Kapoor’s presence. Shakti which opened to housefull boards nationwide  slumped on the fourth day. The obscene volume of violence against women is the obvious reason. In the Telugu original, Karisma’s role was played by Soundarya (she starred opposite Amitabh Bachchan in Sooryavansham). Nana Patekar’s role of the obnoxious and aggressive father-in-law was portrayed by Prakash Raj, who plays a bit part of a hired assassin in Shakti. Director Krishna Vamsi is a former assistant of Ram Gopal Varma