Khuda Haafiz Is Disney-Hotstar At Its Tackiest
Advertisement 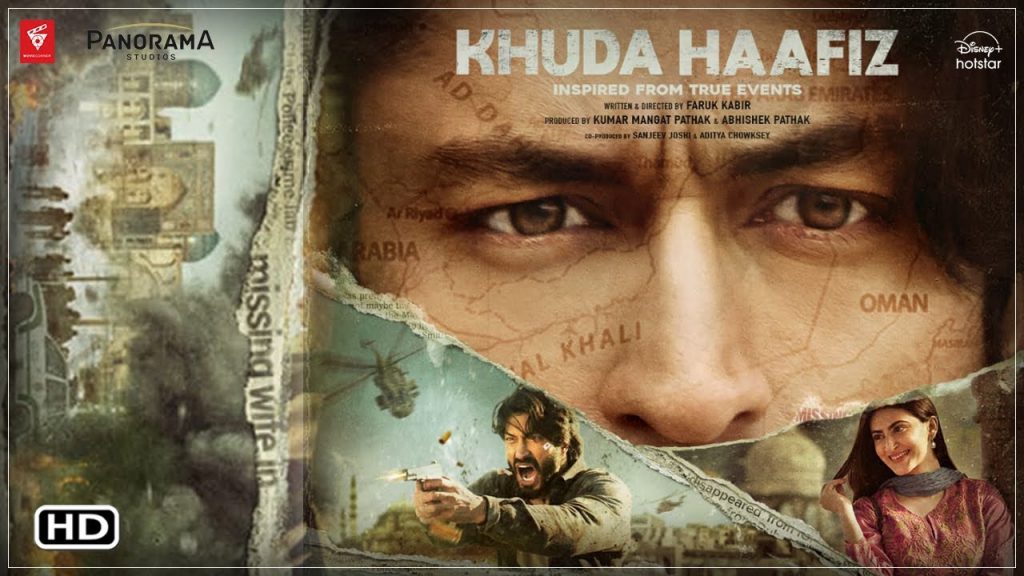 How much  worse can the  OTT-sponsored  feature-film  premieres get?  If this is  the third-degree  torture we  deserve during lockdown than God save civilization.  Cinema of course  is already doomed  because  everything and anything is  now served  up as a feature film. Khuda Hafiz has the seeds of a solid thriller planted at  its  epicenter: a  husband  enters a bloodied  Muslim country  in search of his missing wife.

In this case the country is  a fictional  device named Noman echoing  Oman and  No Man’s land, it is just about the   most inventive factor you will encounter in this action-packed  nonsense.Well intended, no doubt. But crafted with all the delicacy  of  a sledgehammer falling on a nail.

Very often, the background score  is  so  loud  it drowns  out the dialogues. Not  that they are worth hearing. Or even coherent.  Partly,  the characters speak an Arabic-Islamic language  without subtitles. The subtitles come on  suddenly for the English dialogues and disappear just as quickly.Everything  looks hurried, haphazard,  uneven and  tacky.

I hear  the  post-production of this bhendi bazaar  version of Costa-Gavras’ Missing  was done during the lockdown.Filmmakers, do  yourself  a favour: don’t!  No need to  somehow  complete  a film . If we can wait, so can you.

Not that Khuda Hafiz would have come  out any better even if more care had been taken over the technical details. The  powerful plot premise  is  squandered away  in inane  action sequences deasigned to highlight the  male lead’s stunt skills. Sadly  the action scenes are so  badly choreographed, you feel  the director took the film’s title  too seriously .

Also Read:  Sudhir Mishra "Our film industry ostracized Shiney Ahuja for something he had not done"

The  narrative seems  to move  on its volition with  no support from the cast or crew. The brilliant Annu Kapoor shows up as that token do-gooder in  a hostile  country(remember Nawazuddin  Siddiqui in  Bajrangi  Bhaijaan) who becomes the distressed  husband’s  trusted lieutenant. Kapoor,  like other talented  members  of  the cast like Yash Pandit and Ahana Kumra are made to struggle with  a weird indecipherable accent which sounds  like  the late and great actor Jayant’s Pathani accent in Do Raaste colliding with  Jayant’s  son Amjad Khan’s Gabbar Singh in  Sholay.

The images of young girls and  women  chained to the sex trade are done with all the finesse  of a  sex shop hosting  a discount sale.The  flesh traders and their victims look  like  out of job  hustlers  auditioning for  Bigg Boss.

So does  our distressed  dulha find missing dulhan at the end? If you can bear with this tortuous journey you will find out  after  2 ½  hours  of a   plodding  pursuit of a pedestrian thriller that would have us believe that  newly married wives  can disappear  from a   foreign country without a  trace. Are there ways of making sub-standard  indigenous  films disappear ? Khuda Hafiz, indeed. And good riddance.

Related Topics:Khuda Haafiz
Up Next