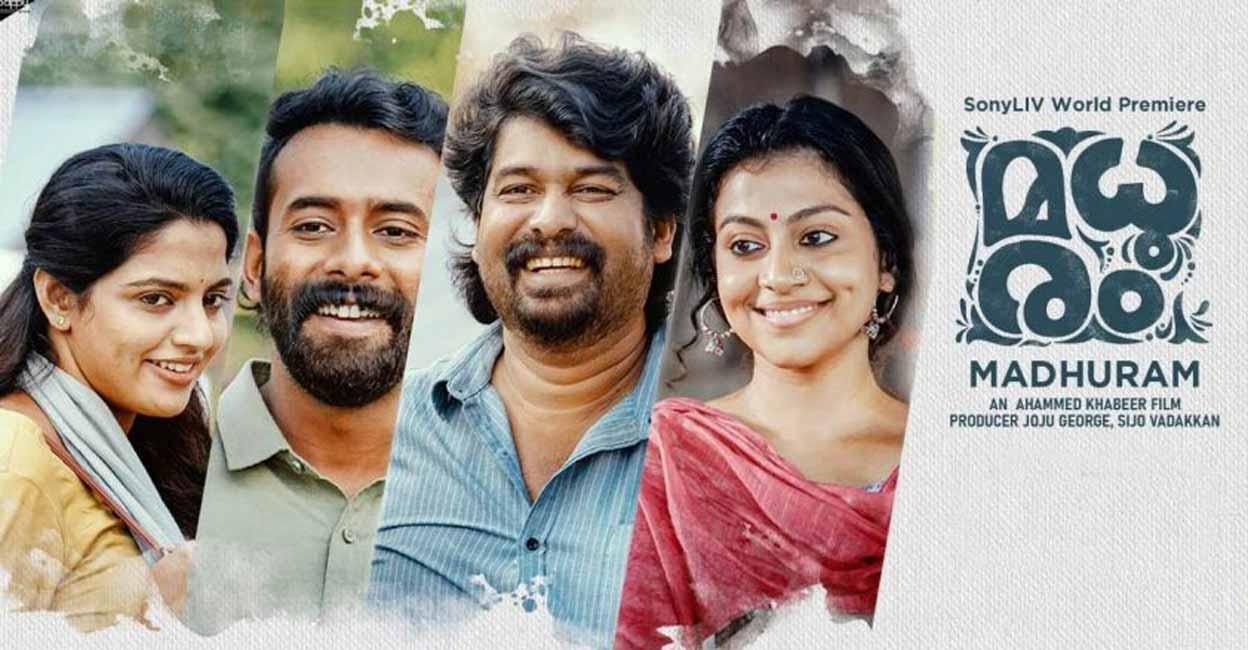 At first the amount of sentimental sweetness that pours  into writer-director  Ahammed Khabeer’s modern fable  on  hoping healing and acceptance, overpowers  you.

How  can any  film laying such a legitimate claim to realism invest so much nobility  into suffering? How could a   place  of pain, a hospital, be  used to project such  unconditional joy? The government hospital  in  Khabeer’s film is overpowered  by a lingering schmaltz . But wait. Let’s not be too hasty in dismissing this  as just another feelgood fluff film  designed to  deliver some year-end hope.

Madhuram is  eventually much more than a sum-total of its  sentimental validation. Its ‘message’ of hope in the midst  of despair and death,is  never shrill or even insistent ; it just quietly  hovers in the air like the aroma of  the biryani that plays  such a decisive part in the pert and inspiring  plot.

Initially  the  film wears  the aura  of a daily soap .We meet various characters who are  attendants to  patients in  a government hospital  where we understand, the staff is  polite, the doctors are  patient, and the patients a gentle  and  undemanding lot….ummmm…arcadian angst?

For all its  overt ostensibly   unreasonable  optimism, Madhuram is a winsome  therapeutic journey into the dark  tangled  thought processes  of those who  quietly watch their loved ones heal or die in hospitals. There is  never  a middlepath to the  conflict between mortality and immortality.

If the film so  adroitly  overcomes its  inherent  deficiency  of excessive sentimentality  it is  thanks to the actors. I cannot say  this enough times: Malayalam cinema has the best  slew of  non-acting actors, so  natural it seems they are not aware of  the camera capturing their emotions in  undulating motions.

Joju George  who in my opinion  was better than the great Fahadh Faasil in Malik, is the  plot’s  centrifugal  force. He is  not only  the  all-round Uncle Agony  for all the impatient attendants  of the patients, he is  also the purveyor of  the  film’s  central lovestory where George’s  character Sabu falls in love with a plucky Gujarati  girl Chitra(Shruti Ramachandran) who, incidentally looks as Gujarati as an idli masquerading as a  dhokla.

George’s love story comes to  a stirring painful and poignant cathartic  culmination ;this again reiterates  the  film’s  over-sentimentality which is  both its main strength and weakness.

Arjun Ashokan is also  amiable  as a newly married  confused husband trying to cope with his mother’s surgery and his (arranged) wife’s efforts to  blend into the  marriage, not to mention her brave  and not unsuccessful efforts to cook  from YouTube recipes.

As  for  Indrans, last seen as Oliver Twist in the  amiable  domestic drama Home, when is he not  completely into his character?With  performances that  never scream into our  souls, Madhuram is  the just the year-end send-off that we need. Yes, there is pain and suffering in our lives. But there is  also hope and  recovery.