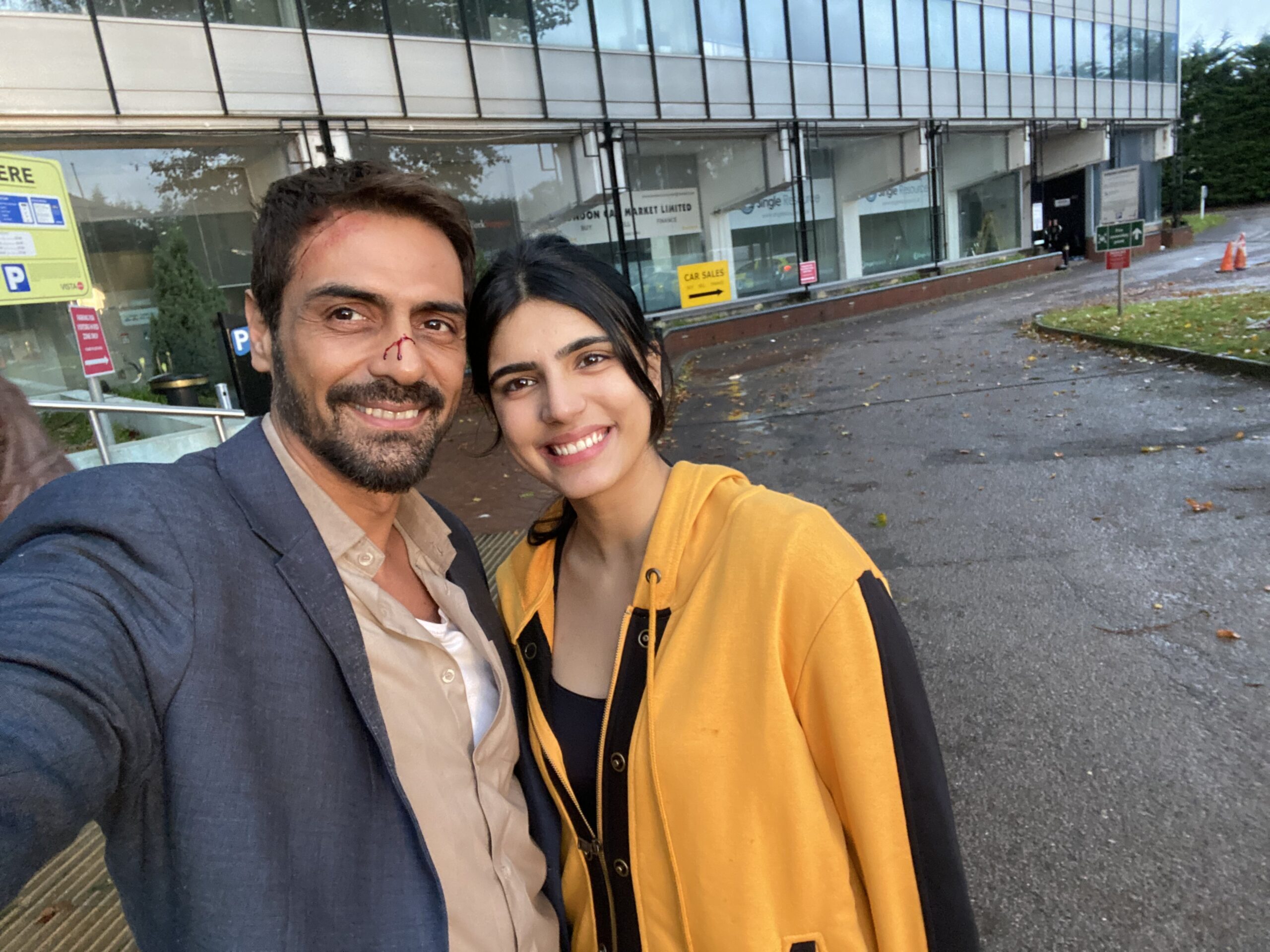 Share on Facebook Share on Twitter
From watching Arjun Rampal and Purab Kohli in ‘Rock On’ to now being cast alongside them in ‘London Files’, Medha Rana recalls her journey
Actress Medha Rana who plays the character of Maya Roy in Voot’s ‘London Files’ alongside Arjun Rampal and Purab Kohli is currently basking in all the wonderful feedback coming her way. The crime thriller web series, directed by Sachin Pathak has been receiving mixed reviews since its release last week.
Medha Rana is seen playing the role of a 19-year-old who is born & brought up amongst the privileged in London. She’s the daughter of a media mogul and has grown up in a very protected environment but has always been someone who stands up for what’s right. Later in the story, she is seen becoming the face of the Immigrant Revolution and that’s where she discovers her leadership qualities. Talking about her character, Medha says, “Maya has a lot of layers to her character and is of prime importance to the story. She has a very interesting graph as a character, and that’s honestly something that really excited me to play her character with all my heart.”
About working with co-stars, Arjun Rampal and Purab Kohli, Medha shared, “Oh, it was wonderful working with Arjun Sir and Purab Sir, I have had so much respect and admiration for both ever since the ten year old me watched ‘Rock on’!What a film, right! It was a bit intimidating for me when I found out that I had been cast alongside them, but the moment I had the pleasure of meeting them, the ice instantly broke! There’s so much that I learnt on set from my co actors! Arjun Sir’s presence is inspiring and he is fun for the co actors to work with! And working with Purab Sir was an amazing experience! The very first scene we shot was a very intense scene (the one in which my character infamously gets slapped) and it was quite funny because I was super nervous as it was my first shot on my first show, but Purab and my Director Sachin Pathak made me feel very comfortable and confident! Purab would keep cracking dad jokes in the middle of takes. He’s super cool! “
She further adds, “To be very honest, I’ve always wanted to act and I guess in many ways I’ve also always manifested it ever since I was a kid. ‘London Files’, undoubtedly is the  perfect debut that anyone could’ve asked for! I am so grateful to everyone who was a part of this journey and who facilitated its outcome. I am grateful to the Universe! “
Medha will next be seen in a docu drama called ‘Dancing on the Grave’, directed by Patrik Graham which is going to be out on Amazon Prime. It’s based on a real life murder incident- A true crime investigative series that tells the story of a sensational crime with access to exclusive interviews, shocking footage and the perpetrator himself.
Related Topics:medha analyticsmedha anantunimedha ramanmedha rana ericssonmedha ranchimedha rangamedha rangnekarmegha ranamegha ranasariamida ranamida rana simulator
Up Next