Money Heist, A High-5 For This Hostage Melodrama
Advertisement 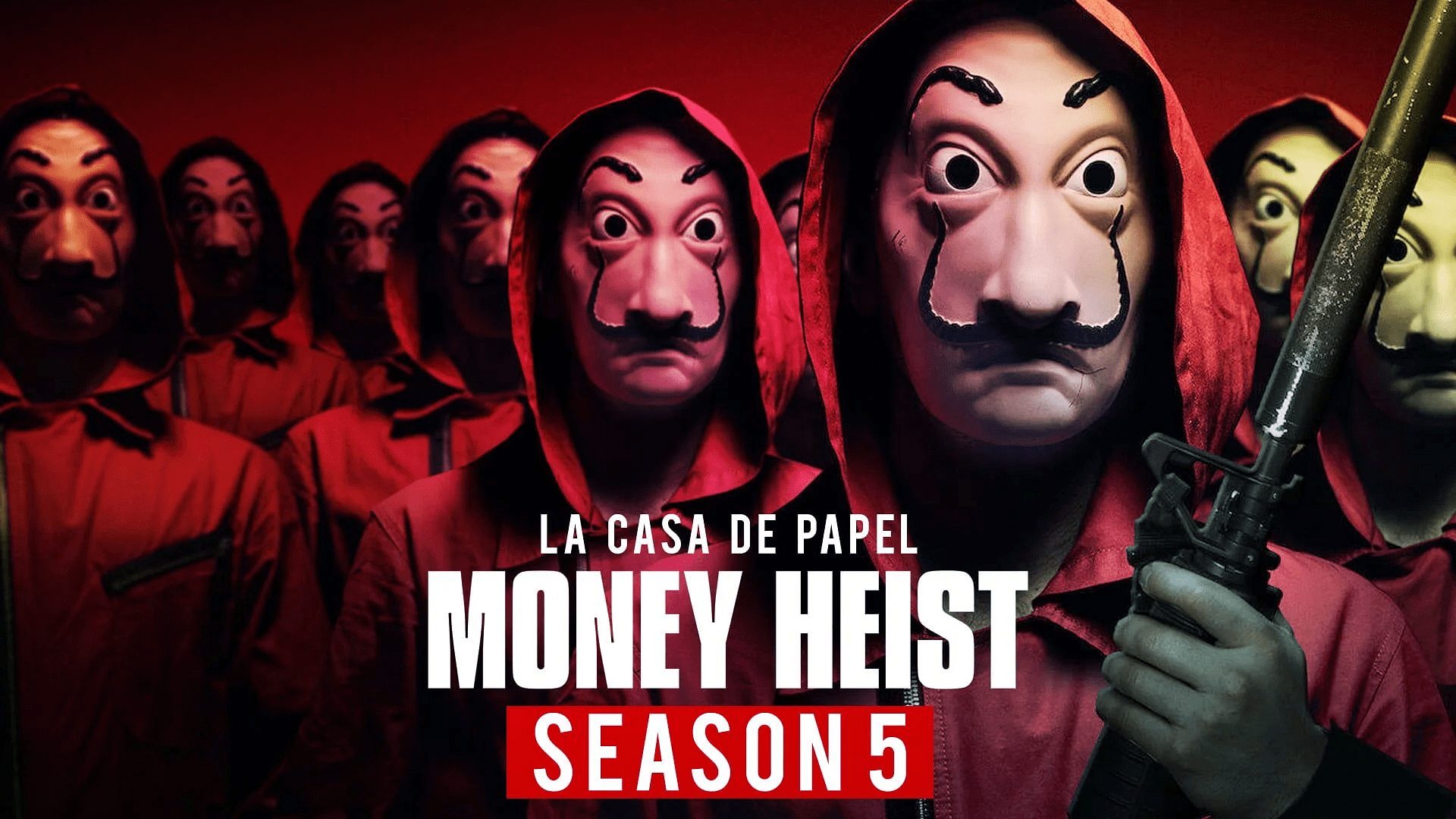 Money Heist Season 5 Review: Heist  makes waste. It’s always more  fun to  condense  films about fugitives   on the  run into a 2-hour feature film. Which is  why I  prefer  B R  Chopra’s  36 Ghante  to  Money Heist which runs into  a  good(?)   20 hours of  our precious time, if we count all the episodes from  2017 when the series  first caught  global attention.

5 seasons down  the line, the same torrent of  trigger-happy  characters  continue to blaze  a blather  of  action ,punctuated  by bouts  of  sex and drama. Everything  including an  abortion ,  some quickie sex and a romantic gay track  unfolds within the hostage situation. The  tension at triggerpoint is   frequently  forgotten.

In 2019 when Applause Entertainment did  a similar  heist  drama  in Hostages(directed by Sudhir Mishra) it  stuck to the hostage-negotiation  issue and wrapped up the messy  situation with a semblance  of  grace.I wouldn’t say Money Heist is graceless. But its vivacity and vigor gets progressively weak and delibiliate. By the time we come  to  Season 5, the  stress is not so much on the  stressful hostage situation as  creating an amplified ambience for expansive  action .

The guns  are bigger,and they  blaze  with  emphatic  enthusiasm. But the drama  feels forced,strained. The human  aspect is  drowned in the din of violent humour and sarcastic  exchanges.  While it’s good to see the robbers now being helmed  by a woman code-named—hold your  tourist visas– Lisbon  (Itziar Ituño) I just thought the earlier  fugitive’s  leader  Berlin(Pedro Alonso) was  so  much   more  chilling in his  suaveness.

Empowering the  plot with feminine  power is all very well. But watching women shooting their way through a thick smog of machismo is nothing but  a  façade  of  feminism. Soon the cover  is   blown and  we see that  the women (with machineguns) are only mimicking their male  colleagues  in   their  masquerade  of machismo.

The pretensions of  gravity in Season  5 notwithstanding, the series  remains  fun to watch, though I   thought the earlier negotiator Raquel(Itziar Ituno) was so much more  fun to watch than  her current counterpart  the pregnant Alice Sierra (Najwa Nimri) who comes  across as  comicbook caricaturish in her kneejerk agility.

The  performances remain  uniformly  unidimensional. The  characters  haven’t really  evolved  from the  first season. Rio(Miguel Herrán) remains disarmingly boyish even while indulging in  adult games like slaying and fornicating. Tokyo(Úrsula Corberó) remains fascinatingly ambivalent .She is  both narrator and perpetrator. She  wants  to have  Rio and eat  him too.In other words a  classic  Money Heist character.

“This  country loves crazy men,” is a classic ‘pique’-up  line from the series.As  Julie Andrews famously said, it  never  reins-in in  Spain.

This series  could be  fun for those  who  enjoy watching hostages cower, urinate  and even abort(and we are  not talking about the mission)  .  But the pleasure, we  gradually realize, is  fugitive.