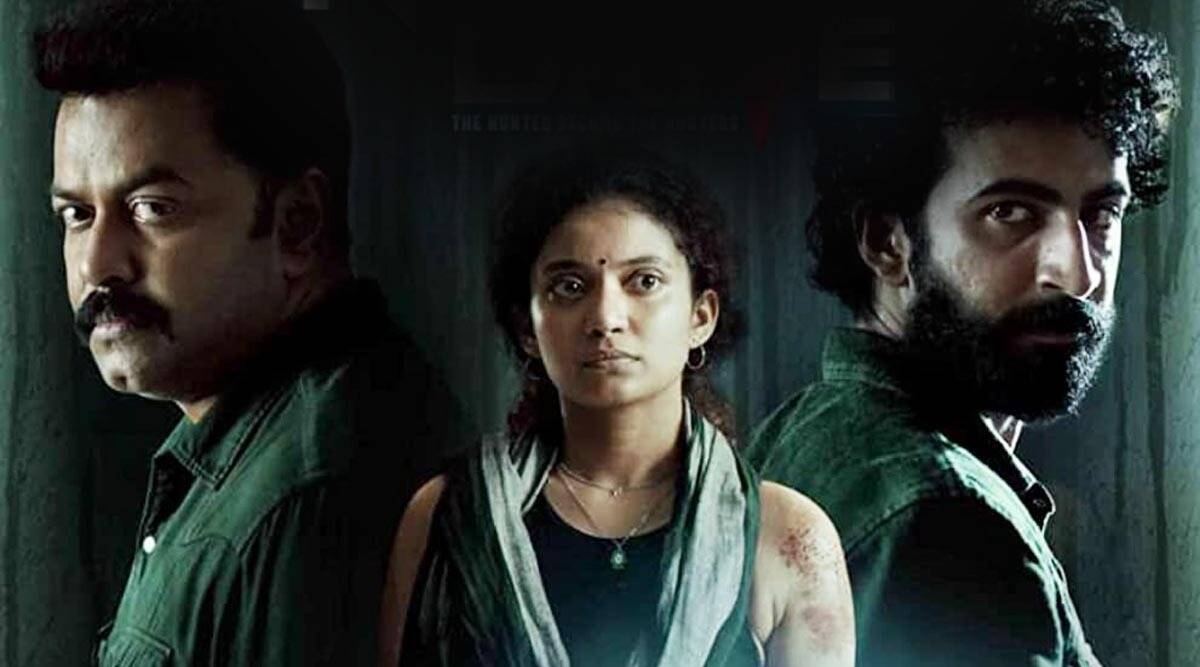 Night Drive, now  streaming on  Netflix, aims to be  a road thriller  of sorts with plenty  of  bristling breaks during the  ride-share journey.  Roshan Mathew is  an actor who likes to  probe  into authentic areas of darkness. His  stab at neo-realism  in  Geetu Mohandas’s fabulous Moothon   and  the  energetic  innovative  and  entertaining  Kappela yielded  rich dividends.

This time he  keeps it  light for himself. He  plays Georgy, an  all-purpose Mr Fix-it  Uber driver whose sunny presence  makes  everyone happy.

It  certainly  cheers  up  Riya(Anna  Ben)  . We can see  the  two are in  love. And when on the  eve of her  birthday  Georgy offers to take her for nuptial ride on the streets of Kochi, the  spin becomes far more adventurous  than  the  couple imagined.

Sadly the  poor writing plays  the villain. And many potentially  explosive  scenes such as the one where  the  cop on duty Benny(Indrajith Sukumaran) stops the couple’s vehicle  and gets into a potentially  volatile  altercation , are squandered  into   deadends.The  sequence  had  the  potential to explode like the one in which the cop frisked  Thandiwe  Newton in  Crash .

The director  pulls away from the conflict before  it can grow  into something  important.In  sequence after  sequence we  feel writer  Abhilash Pillai pulling back before  the full impact is  achieved, with depleting  consequences.What we  see is a half-hearted   thriller that  doesn’t want to venture  out too far in the dark.In keeping it light Night Drive loses its  edge and shine.

Safely formulistic ,  Night Drive has no room for or patience with any kind of  subtlety or layering. It’s all done in the mood of  a  one-night stand, all bang bang thank you m’aam. Compounding  the woozy  aura  of a job half-done are the  romantic songs.

Any amateur    fan of  the  thriller genre  would tell you, songs don’t have  a  place   here.The  director  pushes  in everything that can  draw the audiences  into his vapid-fire world of skidding tyres and  unnecessary  brakes.

Roshan Mathew  somehow  manages to make the seemingly  insurmountable obstacles in  the  plot  seem  easy. He is  breezy as  he  seems to be  enjoying the absurdities that flow in a rapidfire  motion , until we  reach  the  brutally  deadend climax, a monumentally  stupid  plot  twist where  Georgy gets to outsmart the wily politician who  put him in a jam in the  first place.Clever is  one thing.Over-smart is  quite another.

Night Drive turns out  to be  inexcusably  jejune  in spite of  no dearth of talent. Roshan Mathew is passably  likeable in his  filmy-hero avatar. But Anna  Ben so promising  lately, gives nothing to her role that we haven’t seen  other leading ladies give when faced with a crisis  of confidence  that has no bearing to  the  goings-on on  screen.

There are sporadic  episodes  where our interest level goes  up a bit. Otherwise  Night Drive  remains  a disappointingly dull drive.

Nimrat Kaur’s message on body positivity is the need of the hour!