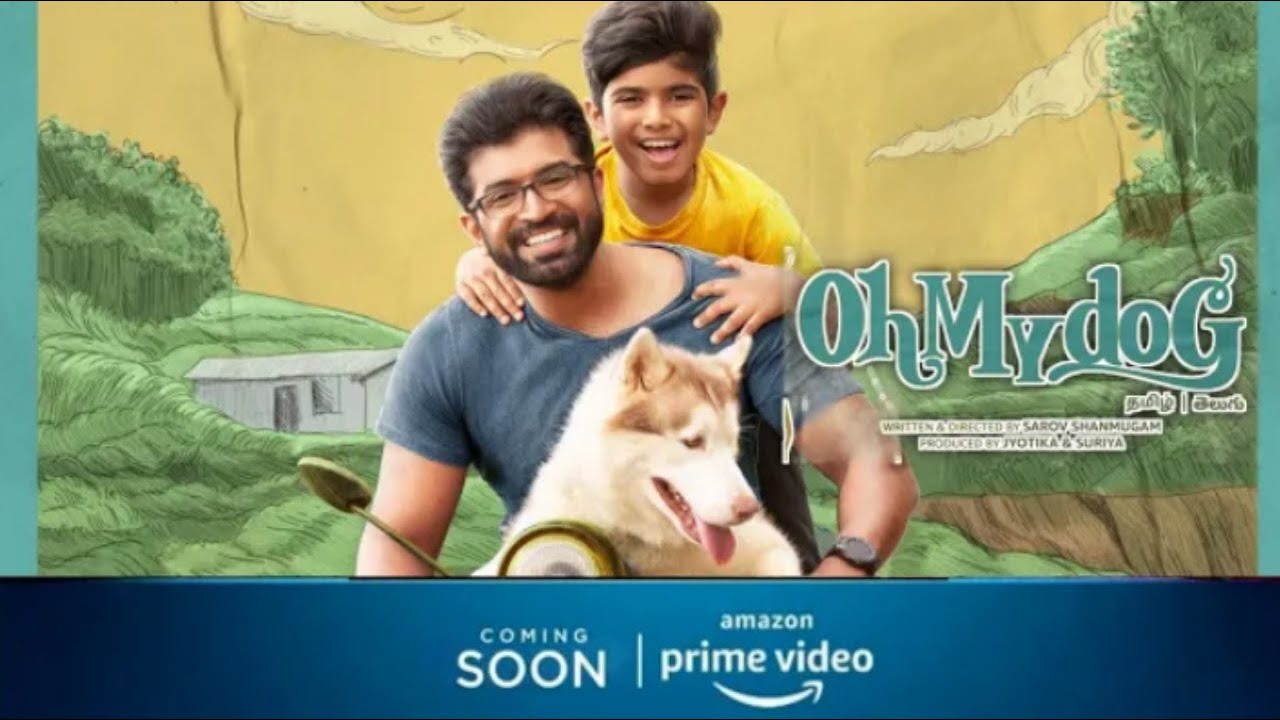 Fun for  families out to  enjoy a fluffy cuddly fable on a blind dog who finds  a home in a warm kind family, Oh my Dog is  so well-intended and so oozing with the  milk of human kindness, it would  almost be sacrilegious  to not  like the  film.

The  product has a sweet  positive  vibe to it. But that’s about all. It makes no  attempt to paw its way beneath  the surface.  The cloying sweetness and  the  obstinate  staginess  of  the  presentation gets to  you after a while.

Some months ago  there was  another   Tamil film Mughizh, a simple story  told in a language  that was not spoken. The  language of  the heart spilt  out  of the   storytelling.  The set-up was  as  unadorned as it comes. There was  a  husband  and a  wife, played  well  by Vijay Sethupathi and Regina Cassandra. And there was their  10-year daughter Kavya  played by Sethupathi’s real-life daughter Sreeja .At first little Kavya hates pets,  and recoils  from  their company. Once the dog Scoobie  arrived  he had the entire family eating out  of its hands.

In Oh My Dog  real-life father and son Arun Vijay and Arnav Vijay star as  father-son  who train  a  blind puppy for a  canine competition and ….we know  the rest.

Oh My Dog is unapologetically formulistic.It is ramrod straight in  its  pleasant intentions. The  writer-director  Sarov Shanmugam aims to  take the film more at a pre-teen audience. The grownups on screen are mere props while the focus is  on the  child Arjun(Arnav Vijay) and the blind dog Simba.

Borrowing  the Steven Spielberg  ET formula  the first-half is devoted  to Arjun concealing  the  dog from his parents.The second-half gets deliriously  aspirational  with the dog putting  up a  star turn that could put the biggest  of our  screen heroes to shame.At heart  Oh My Dog aims to be  as  minimally clever as  the film’s  title.

Efforts to  make the  plot  kids-friendly include two bumbling smalltime goons, one wearing a hideous  nose-ring and  the other  wearing  a scowl that  would scare a  baby in a cradle  on  a bad-hair day.Such characters give away the  low aspirations of the  film.The  performances match the  tenor  and mood of presentation. Every  performer seems to be infusing every scene with  a rush of  artificial gusto. The only  natural is the  dog . It doesn’t try to act blind.

Related Topics:Oh My Dog tamil movie
Up Next