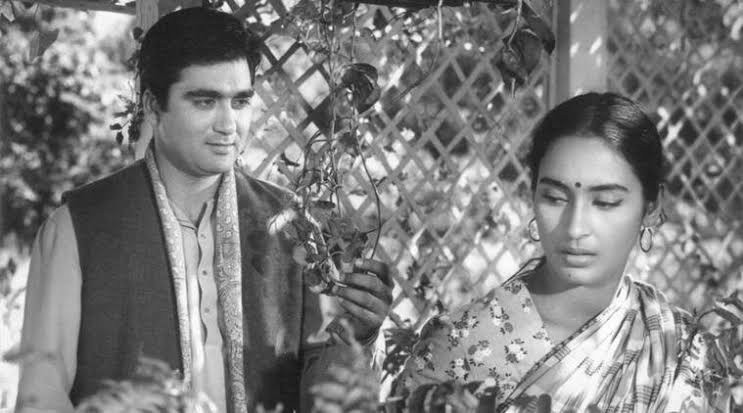 1.     Sujata(1959): Inspired  directly by  Dr Ambedkar’s  treatise on  the abolishment  of the caste  system Sujata is a haunting ever-renewable ever-relevant meditation on blood ties and social inequality. Nutan  won her  her Filmfare award as  the socio-economically backward  orphan adopted by an upperclass couple, played by Tarun Bose and  Sulochana. The  mother can  never bring herself to love Sujata as much as her own biological daughter Rama. When Sujata falls in love with an  uppercaste Brahmin boy played by Sunil Dutt, all hell breaks loose. This delicately-drawn film best remembered for Nutan’s nuanced  class act(pun intended) could address Dr Ambedkar’s thoughts  and feelings directly . The sequence where Sujata sobs under Gandhiji’s statue  in the   pouring rain  remains emblematic  of the inequality that still  rules  our  socio-political  conscience.SoorajBarjatya made a fluffy  version  of Sujata  called Vivah where Shahid Kapoor spoke every dialogue  as if he didn’t want to wake  up his wife.

2.     Bandit Queen(1994): The mother  of  cinema on  oppression subjugation and caste  politics,Shekhar Kapur’s  Bandit Queen remains a gut-wrenching experience 27 years  after it was  completed. Brutal in its  critique  of  uppercaste arrogance, unsparing in its  contempt  for Brahminical superiority, and  starkly  candid in using rape  as a tool of oppression  and  dis empowerment ,  this film comes from a place of great anger. Shekharadmits he was seething in rage when he made Bandit Queen. His  anger  remains undiminished as  he  finds the  privileged class in India flaunting its wealth  in  the face of the  socio-economically backward  classes. Notice how film stars are buying  and advertising their high-end luxury cars at this time when  starvation and death  are rampant.

3.     Ankur(1974):  At a time when brutal oppression is a way of life, when a girl gets molested on the street by a mob while civilized society watches in mute submission, it’s befitting to remember the celebrated finale in Ankur when after watching a mute-and-deaf peasant being whipped by a bratty Zamindar son, a little boy picks up a stone and hurls it at the glass windowpane of the oppressor.It was a decisive moment when Hindi cinema resolved to turn revolutionary. Shabana Azmi ,Sadhu Meher and Anant Nag , all new to the movie camera, were brought in to play out a triangular drama where the peasantry gets a  sensitive heartbreaking treatment. Ankur, his directorial debut, remains to this day his most searing indictment of oppression set within an extended feudal system in AndhraPradesh where the Zamindari system is gone. Zamindars are no more. Though abolished, the feudal mindset lives on.Carrying forward  the tradition of cinema set in the poverty of the Indian heartland , Ankur took forward the feudal fable of Satyajit Ray’s PatherPanchali and Bimal Roy’s Do Bigha Zameen, though the language used to convey the sharp cutting contours of socio-economic oppression  in Ankur are far removed from the way Ray and Roy envisaged it. Outwardly Ankur is an immensely tranquil film.The green stretches of land are barely able to hide the vast acres of pain and angst of a society built on inequality and injustice. Nothing has changed over the years. The seedling(Ankur)  of social protest is still to grow into a powerful collective protest . Equality on every level is still a dream.

4.     Masaan (2015): Masaan is not an easy film to ingest. It sucks you into its world of characters doomed by caste and ruined by wrong choices. The main protagonists are played by Sanjay Mishra,Richa Chadha and Vickey Kaushal , actors whose deep link with the middleclass helps them to manoeuvre their characters in and out of thre trauma and anguish that the under-privileged classes are perpetually subjected to.The caste system is smacked on its head before it proceeds to smack all of us in places where it hurts the most.The young lovers played with an unspoilt naturalness by Vicky Kaushal and ShwetaTripathy, build an atmosphere of lulling gentleness around the plot  that shatters to bits as the script moves to a zone of  unexpected explosion.Splintered lives shatter and mend in this penetrating portrait of lives lived on the edge Compelling  and devastating, Masaanmarked the remarkable directorial debut  of Neeraj Ghaywan.I wonder why he has not made another feature  film since Masaan.

5.     Sadgati(1981):   The great Satyajit Ray made  only two Hindi  films. One of  them is this little-seen  television  film, a scathing indictment  of  the caste system featuring Om  Puri as  a backward dis empowered  labourer who  goes to a Brahmin played by MohanAgashe (billed simply as ‘Brahmin’ in the credits) for financial help. The  exploitation  of  the underprivileged  class  has never been more starkly portrayed. In  the end the  Harijansimply collapses  and dies of overwork. Cast exploitation  couldn’t get any  more blunt than  this.Sadgati  leaves with a Ray of hope. 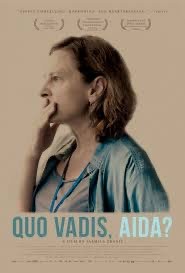 Previous post Quo Vadis,Aida? …An Anti-War Masterpiece Not For The Weakhearted 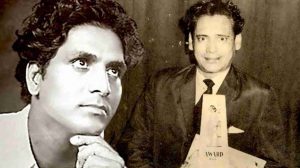 Next post Hazrat Jaipuri, A Tribute On his 99th Birth Anniversary