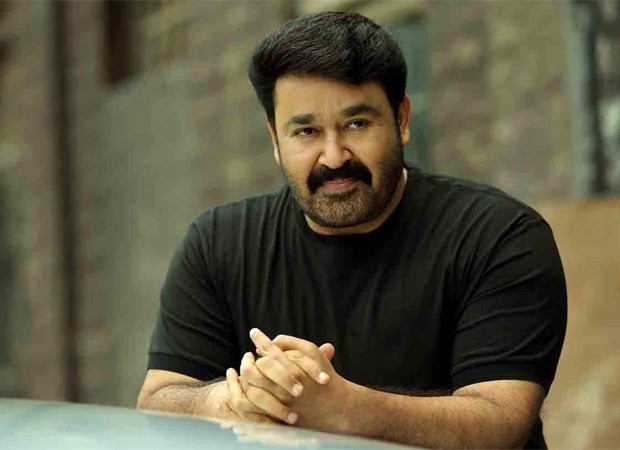 In a  career  of 41 years Mohanlal  has been dare , done  it  all. His range of  roles and spectrum of characters  could  put Burton, Brando and Bachchan to shame.  Though some   of  his finest performances are in obscure  films. Here is my pick of Mohanlal’s  most memorable .

1.     Kireedam(1989): A smash hit. Many consider Kireedam Mohanlal’s most influential   film to date . It is the story  of  Sethumadhavan  ths son of an honest  police constable  who ends up  on the wrong side  of law when  he  rescues  his father from being assaulted  by a local gangster’s henchmen. Director Sibi Malayil brings out the best in Mohanlal, showing him  as both a  loving son and  a ferocious anti-social.  Audiences  loved  maverick Mohanlal in both avatars. Mohanlal’s buddy Priyadarshan remade  the  film in Hindi as Gardish with Jackie Shroff in Mohanlal’s role. It  wasn’t the same.

2.     Kilukkam(1991):  Mohanlal’s  pal Priyadarshan directed this  sunshine spreader about a tourist guide  in Ooty(Mohanlal) and his friend(Jagathy Sreekumar)   who befriend   a tourist(Revathy) who isn’t all there. Though  dwelling on mental illness, the film is remarkably  light in tone  without  belittling  the issue.And though Revathi is the focus  of interest in  the plot Mohanlal and  Jagathy Sreekumar  bring the house down with their one-liners. Priyadarshan  tells me  a   lot  of the dialogues were improvised. “Mohanlal can play anything, and it is not ‘playing’. It is becoming the character. In ‘Oppam’, he plays a blind man. You have to see how natural he looks. No attempt to look blind. Watching him, we just know he can’t see.” On working with the prolific Priyadarshan Mohanlal  once told me, “I have done almost 30 films with Priyan.Chemistry between the director and actor certainly helps. A film unit is like a family where every member does his or her job. To me acting is almost like meditation. I don’t really know what I’m doing. Nor do I prepare for my roles. To me acting is reacting to a given situation. If  I  think a response to something is incorrect, I say so to the director. At another time, the director may disapprove of my interpretation. Then I do it his way. Acting is a strange thing, I can’t really define it. Every actor’s life is short. It exists only between the ‘action’ and ‘cut’.”

3.     Vanaprastham(1999):  If you haven’t seen  Mohanlal  in this film you haven’t seen  anything. Mohanlal  played Kunhikuttan a lower-caste  Kathakali  dancer whose mesmerizing  stage performances  wins him the love of a higher-caste  art patroness Subhadra (Suhasini) even while his own  father  rejects  him. His  love for  Subhadra  comes  to a tragic  end when she too rejects him. Mohanlal’s stunning  performances of  the Kathakali  dance  style have  to be seen  to be  believed .He shocked me by confessing he  hadn’t learn Kathakali for  the film. “Kathakali isn’t something you can  learn  in a   few days. I   just rehearsed for my dances in Vanaprastham for the camera , that’s it.  No  prior  preparation. Of course,  I  had my guru on the sets throughout the shooting.”

4.     Drishyam( 2013):  Though this is  not one of my favourite Mohanlal  movies, and though  I  find George Kutty too cocksure to be convincing in his crime-covering  triumph, no discussion  on  Mohanlal’s  repertoire can be complete without Drishyam. It is hands-down his  most popular film, endlessly discussed on the internet.  Mohanlal’s class act as a movie buff who  borrows  scenes  from his favourite actors  to cover up   the murder of his daughter’s  blackmailer,  carries the film.Kamal Haasan and Ajay Devgan in the Tamil and Hindi remakes  just can’t compare.

5.     Company(2002) : In his first and only foray  into Hindi cinema  Mohanlal  starred as  top cop Verapalli  Srinivasan who  was based  on   real-life  Dhanushkodi Sivanandhan .Since  Mohanlal played a South Indian the accented Hindi was  not a problem. After the release of  Company I had asked  Mohanlal  why he  stayed away from  Hindi cinema. He replied, “It isn’t like that. But they should call me. The offers have to be good enough. the reason I agreed to do Company is because it was an irresistible offer. The way Ram Gopal Varma shoots his film with authentic characters and situations is fascinating. I had seen Satya. The way he narrated the story was very interesting. I agreed to do Company right away. I play a police officer. Not that I’m not used to working with diverse directors , Mani Ratnam, for instance, was a completely different experience from Ram Gopal  Varma. I have no difficulty doing Hindi films. I learnt Hindi in school and college . In company I play a cop in Mumbai from Kerala, so my Hindi needn’t be perfect. I’m very comfortable doing a film in any language ,Malayalam, Tamil or Hindi. There are no problems from my side. I don’t mind doing more Hindi films if they excite me.”