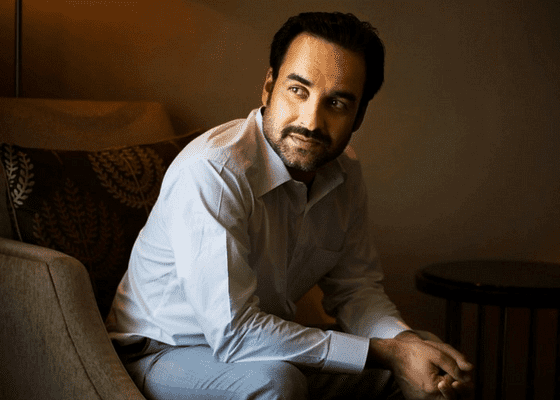 Pankaj Tripathi: Only One At A Time, Please

The  engagingly versatile  actor Pankaj Tripathi who  turn  a  year older  today.   has decided  to  change his career strategy.

“I will only do only one assignment at  a time. Offers are pouring in ,and  it’s not possible for me to do all of them. But now after  the third season of Applause Entertainment’s Criminal Justice I realize  how  much  the audience expects  from me,” admits Pankaj .

The  pre-release expectations were scary. “Everyone wanted to know  what my character of  the Bihari lawyer Madhav Mishra was  going to do  in the third season  of Criminal Justice .Over the course  of  the last two seasons  Madhav has evolved.   Madhav had  become a part of the OTT  viewership’s DNA. I realized  this only after Season 3 started  streaming.”

The response has  been overwhelming,  to say the least. “I now  realize  how  much is expected  from me. It is  a responsibility. Zimmedaari toh  hai, to  my audience  to myself.  More than letting them down, I now fear  letting myself down.”

It’s time  for  Pankaj to slow down. “During the past five years I’ve been working non-stop. Now I don’t need  to  work for  any other reason except  for job satisfaction.  For that,  I need  to cut down on my workload.From now  on  I will  complete one project  before  moving on to the  next.It is the only I can devote  myself   completely  to building a character.”

Speaking  of his  two most popular characters, Pankaj says , “Kalin Bhai in Mirzapur and Madhav Mishra  in  Criminal  Justice stand out  for the way they  have connected  with  audiences over several seasons. Do I prefer  OTT or the cinema? I prefer  acting.The format is of  no  importance.”

Pankaj does admit that there is much more happening on  OTT.  “I have two important  films  Oh My God and Fukre. But  the real excitement is on the digital  platform.Any  ambitious hardworking actor can  do anything on OTT.”

About turning  a year older, Pankaj says,  “The age  to  enjoy birthdays is gone.When  I was  younger  there was  no money to enjoy my  special day. Now when I can afford to celebrate  my birthday there  is  no desire to make   some  noise. A quiet day with the family is  all I  want.”