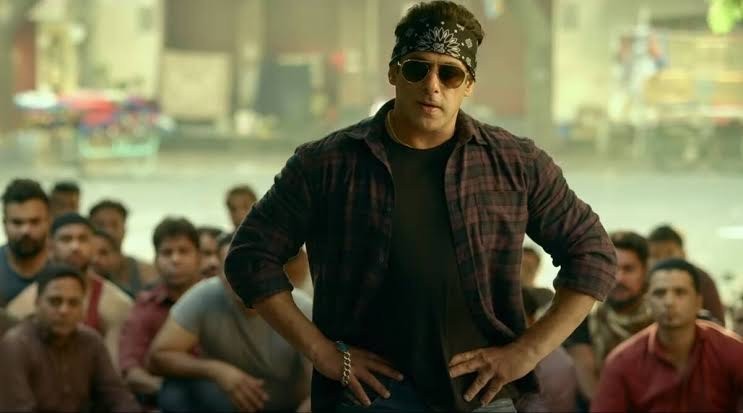 The suspense  is finally over. The trailer  of  Parbhudeva-Salman Khan’s   anxiously awaited  Radhe: India’s Most Wanted Bhai is  out. Does  Salman  get to  say the  most  celebrated  line from Wanted  in 2008?

Yes! Yes !  Rejoice, all you Salmaniacs. Becase  the rogue cop(Mumbai we are told , needs   aspecial non-Khaki  law enforcer  to be crime free) does  say the dialogue  about  Ek baar jocommitment  kar liya.

So wipe that  bead of sweat off your brow. Salman doesn’t like stress. In  the trailer he beats  up dozens  of scummy goons ,and  a not a drop of sweat, not a  hair out of place…Bhai doesn’t like to  mess  things up. He  likes to keep it clean.

“I will clean this city,” he proclaims towards the end  of the trailer. Bhai’s  adversary  on this occasion is Randeep Hooda who, we are  told, is polluting the  city of Mumbai with drugs.

“We need a cop who uses  unconventional means   of cleaning the city,” senior cop GovindNamdeo  declares  in the way  Moses must have  announced the  Second  Coming.There is a  touch  of Biblical heroism in  Salman’s clean-the-city act. He is  empowered  by crowd-pleasing stunts antics and dialogues. This cop is  not like Chulbul Pandey from Dabangg.  But he  could be a distant cousin. A  cousin who joined  the police force so  he could show the family  that there is  more to law enforcement than becoming cockily comic.

This cop we are  told, has 97 encounters to his “credit”  . Just the  other day  I  was watching AmitSial  play an encounter cop in the series Kathmandu Connection. Sial didn’t appear as heroic in his efforts to  “clean” the city as  our Radhe. Being Salman Khan comes  with its benefits.You get to  say lines like, “Your name is Dia? If I ever  have a sister I will name her Nadia”and  everyone   laughs.

Eid Mubarak to you too, Bhai. Can’t wait to see more  of the same.