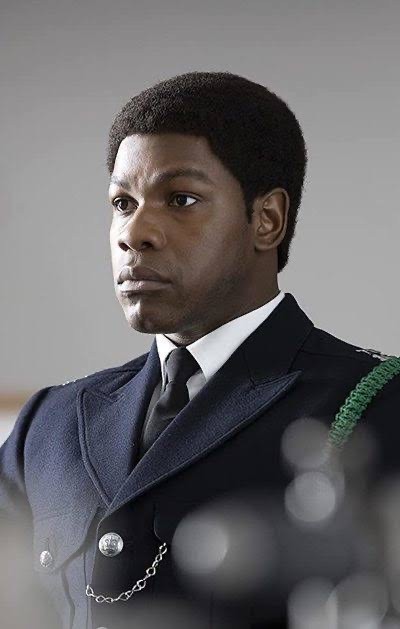 Steve McQueen’s fine ‘Small Axe’ series recreating the horrors of black racism in England in the 1960s, 70s  and  80s continues its onward  journey with this, the third  film in the series after Mangrove  and Lovers Rock,and  by far the finest of the three so  far. Red White  & Blue tells  the  true-life story  of  Leroy Logan who was the first Black man to join  the British  police force.

While he was shunned and  persecuted within the  police force for the colour of his skin, he was also  condemned  by his own community for being a  ‘traitor’. But Leroy  was  very clear  about his motives: he wanted to work for the betterment of his  community,and he thought the best way  to do so was  from within the system.

Gentler in his approach to the complexities of  racial relations than  ever before, writer-director Steve McQueen  builds  a strong case for  Leroy’s stubborn refusal to buckle under. He  takes on the entire system and the fact that he  emerges victorious is left out of  the  film. We leave Leroy  with his determination to stay in the police force.

Wisely , the  screenplay converges on Leroy’s relationship with his father(played with innate conviction by  the little-known Steve  Toussaint). Call it a blemish  in the script or a societal flaw, but the female  characters,  though strong, remain in the shadows. Even  Leroy’s  admirably supportive girlfriend is  at best,a  strong peripheral character.

Again as  in the first two films of the series McQueen recreates the  period(1980s) through extensive use  of  songs.Pop and reggae  blare across the soundtrack, though in no  random way.

This  is a  film about men of two races trying to mix in a place devoted to  lawful  justice. John Boyega as Leroy Logan dominates the show.He is  gentle  and yet affirmative in his beliefs . He  hero-worships his  father but finally does what his conscience tells him.

This is  not only my favourite film in  the series(so far) it  is also more emotional than  the others. There is  a very moving moment between father and son when Leroy’s father watches his  son  proceed into the police academy, shouts for him,  gets out of the car and embraces  him, earlier  dining-table fights  forgotten.

There is  also a Pakistani cop played  by Assad Zamanwhom his white colleagues berate for speaking to some  Pakistani victims of racial  hatred   in  “Indian”.Racial prejudice often stems  not  from hatred  but ignorance.