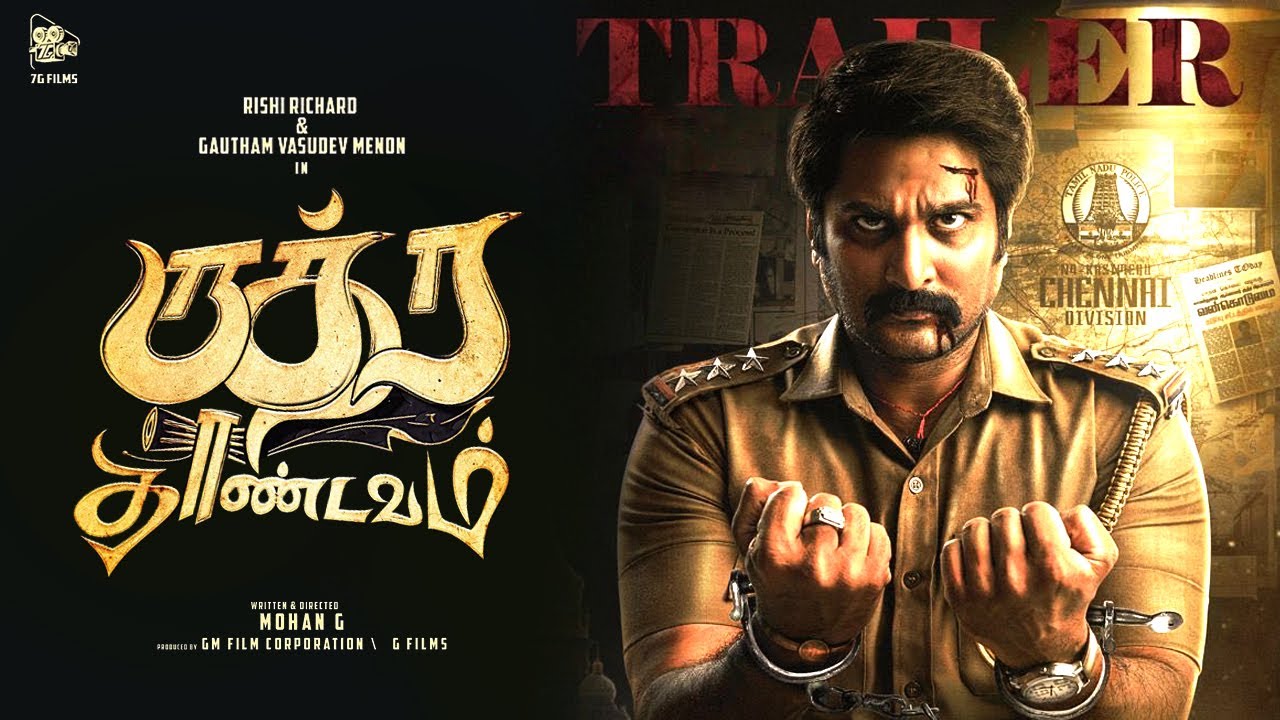 Rudra Thandavam Movie Review: Writer-director Mohan G’s third film has been acutely panned by  socially enlightened  sections as “casteist”  “anti-Dalit” propaganda  for the RSS. This is not just an over-reaction, it is a paranoiac  dismissal   of  the alternate viewpoint.

There is  a difference between  being  a convert and a pervert. Even if  one embraces the  alternate view on  Dalit discrimination provided by this hyper-dramatic  massy but certainly  not propagandist  rabble rouser  , one certainly doesn’t  become  a casteist in doing so.

Let’s first  get one thing clear. There is no harm in exploring India’s unsolvable caste divide from the other side. Why must every  film show the upper castes as the perpetrators  and the lower castes as  victims? Sure, that’s the socio-political equation bequeathed  to us  by our forefathers.And we  must continue to  fight  against  it. But  the victim card need not always be played by the section who are  constitutionally weak.

In the obstreperous and loud(the background score is  so shrill it  often drown the  dialogues) Rudra Thandvam an honest sincere police officer Rudra(Richard Rishi) finds himself being ensnared in a  case of Dalit atrocity while he is chasing a couple of petty drug dealers on a crowded road. From  here, the  plot propels into a  very loud and aggressive pitch for reversed casteism with   slogans  and  protests  bringing  Rudra’s  noble intentions  down to dust.

I understand  this is a  director who  doesn’t believe  in  subtlety. But then we cannot hold a lack  of finesse against  a  film’s content.  The  narrative may be  unwieldy and anarchic. But that doesn’t disqualify it for our attention.Even the recent highly-acclaimed politically correct  films  on  the caste system have adopted  the sledgehammer  approach  to storytelling. But  when Rudra Thandam does the same ,  positioning itself on the  other end of the caste spectrum.  it is seen as a sinister design to   denigrate the  downtrodden.

Rudhra Thandam suffers  from many shortcomings. Its writer-director seems to have  very little patience  with  nuances. While showing the  (uppercaste)  cop-hero as some  kind of a messiah  the script  brings in the villain played by filmmaker Gautham  Menon, to reinforce  the theme  of  reversed casteism. And therein lies the  script’s waterloo.

Menon who  has lately become  popular  for acting  roles  as a villain, projects  as  much menace as  a cat and a hot tin roof. He is  supposed to be the kingpin troublemaker  provoking caste  wars. But Menon’s demeanour   is  more of a scamster than a homicidal sociopath.

The  supporting cast has the redoubtable Thambi Ramaiah  playing the  cop-hero’s trusted lieutenant ;the bond between the  two law enforcers is  founded on a solid  kinship. A similar  propensity to perpetuate  a strong case against casteism tinctured by  a tactful  thrust  into  the  mind and spirit of the  victim  of caste  discrimination , would have created  a  tenable  balance  and a plausible  equilibrium  in  the  storytelling.

Rudra  Thandavam is  a work of unbridled   red-baiting. Its tone is  constantly ill-tempered, and it lacks  a sense  of equipoise.But a  ‘dangerous work’ , it is not. By peering on the other side of Jai Bhim the  director doesn’t  instantly  qualify as a renegade .

It takes  the cop hero in  Rudra Thandavam   almost three hours of playing-time and  many court sessions to prove his  innocence. Director Mohan G who has been accused for  the third time of  playing the devil’s advocate will have to work a  lot harder than his hero  to  prove his validity as a  social commentor. Rudhra  Thandavam is  not  the  work of a creatively  evolved  and progressive  mind.  It is more  a spontaneous   outburst on the casteist stereotypes than a  well-researched exposition.  But it is nonetheless  a relevant film for showing us why the victim card  can and must be  flipped in our films if we are to preserve any kind of social temperance in and  outside  cinema.