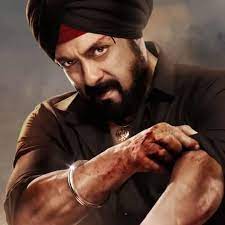 Did Rohit Shetty personally request Salman Khan to shift the release date of the latter’s Antim: The Final Truth to a post-Diwali Friday? Sources say Salman was keen for a Diwali release, and never mind the Akshay Kumar starrer Sooryavanshi. Apparently, Salman felt there was enough room for two big releases this Diwali.

But Sooryavanshi director Rohit Shetty went over to Salman’s house and asked Salman to shift his film’s release date. Salman’s Antim, the film that features the Superstar with his brother-in-law Aayush Sharma, will now release on 26 November.

By agreeing to reschedule his film Salman was only repaying debt to Shetty.

For Eid 2020 Salman Khan’s Inshallah(directed by Sanjay Leela Bhansali) was supposed to clash with Rohit Shetty’s Sooryavanshi. On Salman’s request Rohit Shetty had moved his release date to later during the month of March in 2020.

Of course Inshallah never got made and the Covid pandemic had other plans for Sooryavanshi.

Related Topics:Salman Khan
Up Next