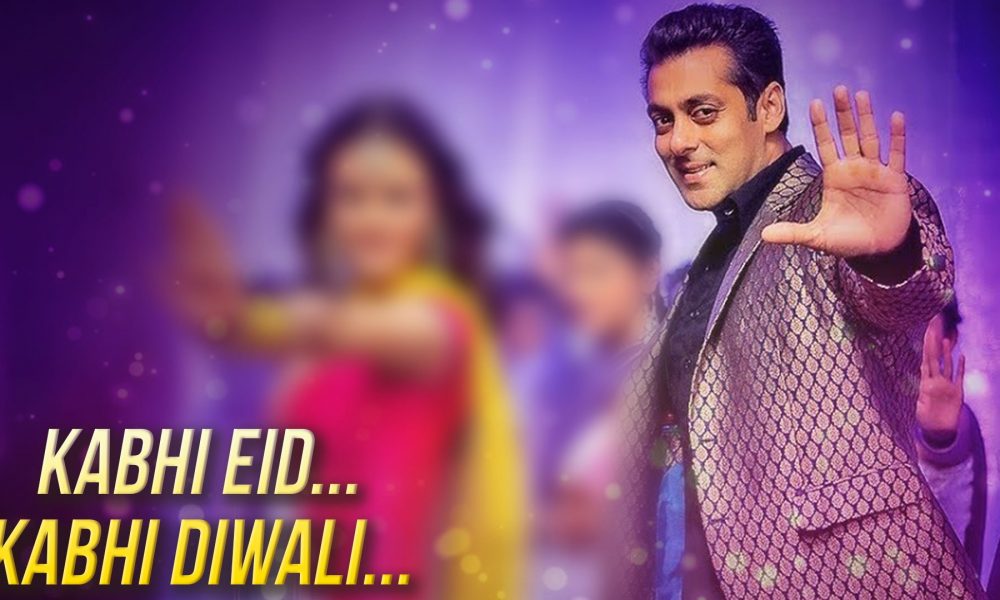 Salman Khan’s  next film to go on  the floors  would be  a  film with a very strong message  on communal  amity. The title itself  Kabhi Eid Kabhi Diwali says  it all.

To be produced by  Salman’s  close friend Sajid Nadiadwala and directed  by Farhad Samji it tells the story  of a family that  believes in  the oneness of God  and  worships every  God, Hindu , Muslim  or  Christian.

Says a  source close  to  Salman, “His father is Muslim. His  mother  is Hindu. Helen Aunty is a Catholic. Salman’s family is  a living example of  communal amity.  The  film’s plot will be  similar.  It will portray the ups  and downs in a family which  celebrates both  Eid and Diwali  with equal fervor. It will be Salman’s  homage to the enduring spirit  of oneness and brotherhood, a counterpoint to the  currently vitiated atmosphere  in the country.”

Considering the  topicality   of  the  film   Salman is  eager to start  sooner rather than later.

“He has told Sajid they  will  start as  soon  as  the lockdown is  over. Salman’s  other  project  with  Sajid  Kick is  for now on hold. Kabhi Eid Kabhi Diwali is what they are keen to  shoot and complete in time for  Eid 2021.”