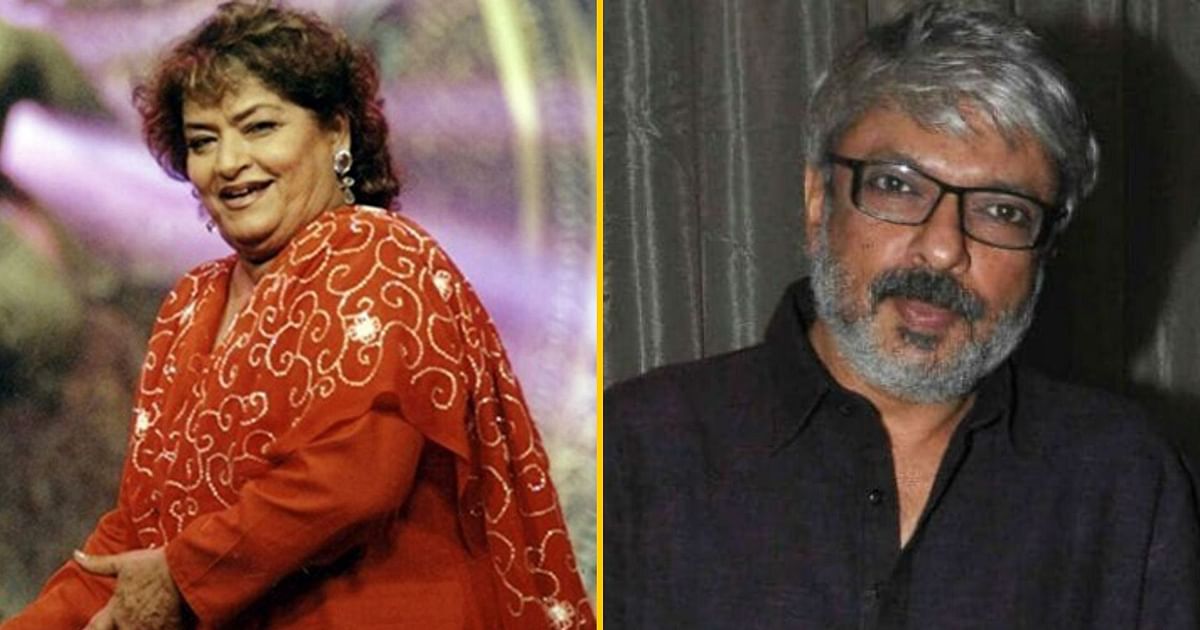 Recalling his warm and very fruitful  association with Saroj Khan  SLB says, “The first time  I worked  with Sarojji  was  the first time I  directed  a film. In Khamoshi: The Musical Sarojji choreographed Helen Aunty’s  dance . These two legends had  worked together in any number of films together. I had decided that whenever I turned a filmmaker  I wanted to work with them. What a joy it was to see these  two  ageless divas at work together!I had looked up to them  all my life and there they were in my film.”

SLB recalls Saroj Khan as adaptable artiste. “ Sarojji’s mind was ever-alert to  changes . She  was spontaneous and  always eager  to embrace changes. This  ability to adapt and  be adjustable  is what  fascinated me about Sarojji’s brilliant mind.She could create  30 movements out of  the same musical beat. She  understood the importance  of a beat. It was sacrosanct  for her.”

SLB recalls Saroj Khan’s choreography in his  films from  Khamoshi:  The Musical, Hum…Dil Chuke Saanam, Devdas and Saawariya with great affection.  “She  was  an absolute   genius. Her rhythm patterns were so  unique  that one couldn’t imagine them being  interpreted in any other way. When she came to see the  rushes  of  her  work in  Nimbooda in Hum…Dil De Chuke Sanam she said. ‘Yeh mere  achche  kaam  mein se hai.’ She came  to Hum …Dil De Chuke Sanam  after  doing  all those  blockbuster songs with Madhuri Dixit, and if she still rated Nimbooda so high then you can imagine how much this meant for her.”

SLB says  the  most difficult  choreography for Saroj Khan was Dole re dola in  Devdas. “Not only did she  have to match the steps of two superstar dancers Madhuri and Aishawrya, Sarojji was  also not well. She was at  times  lying down on studio floor  and  choreographing  Aishwarya and Madhuri.On the day Devdas released Sarojji  was  in the  hospital. Aishwarya and I  went  to meet her. Sarojji in her semi-conscious state asked, ‘Dola re dola pe paise miley ya nahin?’(did the audience shower  coins on Dola re dola  or not)?’ Imagine her passion for her work. Even in that state she  wanted to know  if  her work was  being appreciated.”

Sanjay also  recalls  Saroj Khan’s passion  for her work  while shooting Maar daala in Devdas. “She came straight to the set from Canada  after a 2- hour flight. Who but Sarojji could do that? One  of my favourite dances in my cinema  is in Saawariya with  Rani Mukherjee. Sarojji  represents that oldworld choreography what Bollywood is  all about, she  represented that world.That legacy of Bollywood dancing blossomed in  her  creative space.”

Sighs SLB, “She  was  wonderfully  outspoken.I  loved  her  professionalism. For  Nimbooda  she would be  at  the Mehboob studios at 8 am even before the gate  opened. When I  arrived  I’d see her  sitting at the  gate reading a  newspaper . ‘8 baje aaya kijiye,’she would scold me. I enjoyed every conversation with her.”

Also Read:  Review The Trailer Of Mee Raqsam: It Dares To Address The Forbidden