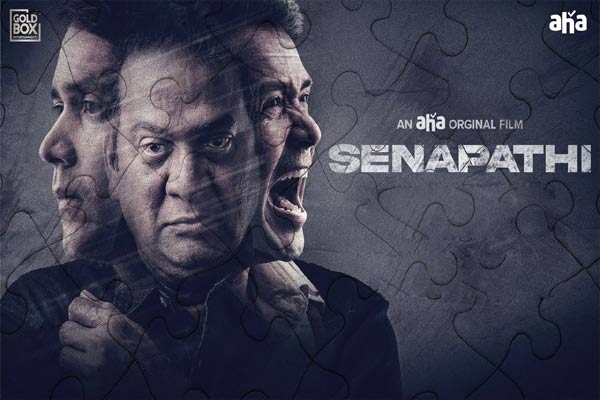 Akira Kurosawa, no less. The inspiration  for this Telugu hodgepodge of underdog-drama and  cops-thriller   which  has been  largely  loved  by most, is Kurosowa’s early 1949 psychological  thriller Stray Dogs.

A  newly recruited cop with a dark past loses his service revolver while  chasing a  goon. The rest is  a chronicle  of conceit, deceit   and eventual  defeat , with the cop-hero sliding from brave  underdog  to a whiny loser, never to  redeem himself  . Part  of the  fault for this shabby remake’s  inability to  modulate the hero’s  moral compass in accordance  with the  wild and sudden swings in the  plot, has to do with the  co-writers—and there are  four them—and their failure to stay empathetic  to  the young callow  hero Krishna(Naresh Agastya)’s dismaying predicament.

As Krishma  searches frantically for his  missing gun—and  some  of the hot pursuit is  nimbly shot in crowded places  filled with startled bystanders rather than selfconscious junior  artistes—the plot becomes  more  interested in  the  archvillain Krishnamurthy  and his two  assistants  Hussain (Rakendu Mouli)  and  Raju (Josh Ravi).

As  Krishnamurthy takes  over the show we get insistent sympathy  alerts  on him from the  screenplay. Krishnamurthy, as played by the  seasoned Rajendra Prasad, is  a senior  citizen neglected  by his  children and in dire need  of  cash to  win back his  family’s respect. So what does Krishnamurthy do? He  robs a  bank using the  cop-hero’s missing revolver. Nice.

Tragically,the gun is by now a  forgotten  character   in the  fidgety screenplay.  It surfaces now  and then like  a  ragged doll bubbling to the surface in a murky  pond . But as the  screenplay shifts tones from redemption to exhilaration the entire  plot proceedings  comes apart at the seams exposing the  yawning chasm  between  Kurosawa and  his  distant  disciples.

Some  of  the earlier  episodes in the long and  whining road are  nominally  interesting. The  burgeoning  relationship between  the  cop-hero Krishna  and a news anchor Satya(Gnaneswari Kandregula) is  rudely  cut short by the extraneous  exigencies  of the  plot.This a  story that is in a  hurry to  move on.

We soon realize that the  director  is  not out to make  a credible cops  thrillers. The  gameplan is to keep the audience hooked  at any cost. Hence  Harsha  Vardhan is  roped in as  the hero’s cop colleague,. He   likes to sing old Hindi  film songs to make his  point. Good to see Hindi being used  constructively for a  change in a South Indian film. Normally it is  the language  of  unwanted  migrants  and  criminals .

Senapathi draws  its inspiration from Kurosawa and ends up  turning a  sushi dish into an overspiced  rice-rasam  concoction that is neither here nor there.  A  Tamil film 8 Thottakkal based  on  the same  subject had  done even  more irreparable  damage  to Kurosawa. If that is  any  consolation.

Related Topics:SenapathiSenapathi movie
Up Next

Who Is Hrithik Roshan’s ‘Mystery Girl’?