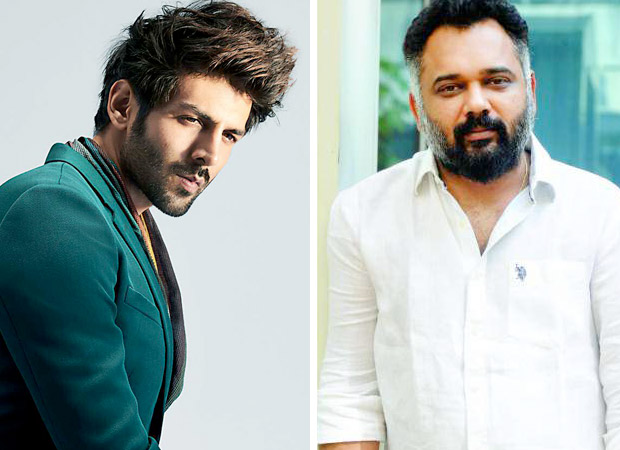 Kartik Aaryan’s career-changing romcom Sonu Ke Titu Ki Sweety(SKTKS)  which  completes   four years since  its release  on  on 23 February in 2018,  is  getting ready for a  sequel.

Yes the  controversial film about the  over-possessive bestfriend Sonu(Kartik) who plots and plans  and finally breaks  up his friend Titu(Sunny Singh’s)  proposed marriage with Sweet(Nushrat Nushrratt Bharuccha) is likely to have a sequel.

Everyone wants to know what happened to the wrecked-angular relationship  after  Sonu got rid if  Tutu’s  fiancée.

The  2018 films was glib-tongued  game-changer. There is  something  to be said  in favour of the spoken word in the movies, or the dialogue as its known.When sharply written, these words can embrace  the characters in  layers of unvarnished  molten  gold.Sure enough the repartees in Sonu Ke Titu Ki Sweety(SKTKS)  just roll off the characters’ tongues making them sound  sassy and sombre even when they are being mean and vicious just because it suits the script’s purposes.And  God knows, this film needs no excuse to let the words flow.So full marks to co-writer Rahul Mody and  Luv Ranjan for investing the vivacious  proceedings with a  verbal gusto that I found to be  more sparkling in  wit and insinuations than the dialogues  in any recent film.

SKTKS is the story of the eponymous Titu(Sunny Singh, suitably equanimous) who is  a  bit of a rich spoilt dullard mithaiwala’s son who falls in  love with every human being in a skirt, the shorter the better. It takes Titu’s  BFF Sonu(Kartik Aryan) to rescue Titu from his  disastrous  relationship crises  time after time.At one point in the slyly silken storytelling Kartik’s Sonu tells  the manipulative gold digger a story of what he did  to a boy in the classroom as a child when that  boy troubled Titu.

Clearly this a bromance of extraordinary intensity and Kartik and Sunny  Singh ,specially Kartik, plays the brothers-born-from-different-mothers with a  ferocious fidelity never allowing gay  insinuations  colour their camaraderie.Luv Ranjan  is  very clear  in his reading of  ‘bromantic’ relationships. The woman is often a gold-digging manipulative scheming  bitch.Nushrat Bharucha    plays the part  with relish.  It’s her ongoing game of oneupmanship with  Kartik Aryan’s Sonu that  gives a thundering heft to the plot, lifting even the  sagging episodes(like the pre-marriage bachelor party in Amsterdam which stretches into a blingy binge) to a  zestful place filled with sexy sounds and  seductive  images of  from privileged homes where no one has to bother about anything except the next holiday abroad.

Luv Ranjan  is terrific at shooting family dynamics  during festive times. The wedding-time  negotiations  , backbiting and meal/alcohol consumption occupy  a  major  part  of  narrative. There is  a  kind of compelling clarity  to the  way Ranjan  pins down the inner workings  of relationships  in  joint families about to come together  through  a  marital alliance.

Of course  it helps  that character actors from Alok Nath(abandoning his  bovine  image to play  a wickedly irreverent  grandfather) to Pritam Jaiswal(as an annoyingly efficient  house help who  is manipulated  out of the household)  add character  to every scene they occupy. Indeed this is   not so much a triangle  as a wreck-tangle with every  supporting actor  egging on  the central conflict among  a two men who just can’t stop loving one  another and a  woman , who will tear them apart at any cost.

Nushrat Bharucha’s deftly enacted Sweety admits at one  point she is not the heroine but the villain. So does she get her hero or does she get her  comeuppance? The answer my friend, is blowing in the wink.Tongue lodged firmly in  cheek, Luv Ranjan’s bromance-versus-romance tale has enough bite to make it one of the most invigorating  rom-coms  in recent times.

After  this  oddball  blockbuster  changed  Kartik Aaryan’s fortunes he had said to me,  “Every actor dreams for this day and finally, for me it’s here. I enjoy going to theatres to see the audience reaction. I feel happy when they shout out my name. I’m enjoying the kind of love and adulation I’m getting from everyone and especially from girls haha . My Insta, Twitter and FB inbox is filled with marriage and dating proposals. I love reading them all.I started really young and was youngest actor to debut as a lead in a movie and before entering the industry a senior person had told me once that generally, it takes 7 to 8 years to make your identity in this city, Mumbai. It may sound a long span of time but trust me you won’t even realise and it will go like this. But I feel you need to go through your own journey of struggle. It’s important, it’s necessary. It teaches you a lot about life. It makes you to value things in life. I used to travel from Navi Mumbai to Andheri for auditions via local train everyday. I used to get ready in railway stations’ washroom. But I had no option. I didn’t know anyone in the city. But today I feel happy and proud when I look back at those days.”

So why  did  Kartik’s Sonu  go all-out to destroy  his bestfriend’s  marriage  plans? Is there  an undercurrent  of homosexuality  here?  “I wouldn’t say Sonu  destroyed his friend’s marriage. I’d say he protected  his best friend from a  gold digger.And yes, I’d do the same if push comes to shove. I  don’t fear  being judged as  a misogynist.Because that’s my character Sonu they are judging, not me, Thankfully the audience is flocking  to see the  film without getting judgmental about the gender equations in the film.

About his special bonding with Luv Ranjan  Kartik says,  “I’d do it  as many times as Luv Ranjan wants me  to. Luv Sir stood by me through all these years. It takes a  lot of guts to stand  by someone  you believe in when that someone is not a big star.He very clearly told producers  it’s me and Nushrat Bharucha and no one  else. I wonder where I’d have been in this lonely city without someone  to believe in my talent.Not that I would have ever given up. I believed in  myself. You have to believe  in yourself only then  can  you expect others  to believe  in  you.”

Luv Ranjan who recently got married  has only  warm thoughts for Kartik. “People  have tried to spoil our rapport. They tell  me has changed with success. But I see the same Kartik now as he was when I first  signed  him for  Pyaar Ka Punchama after finding him on Facebook. Yes, we will work together again  very soon.”