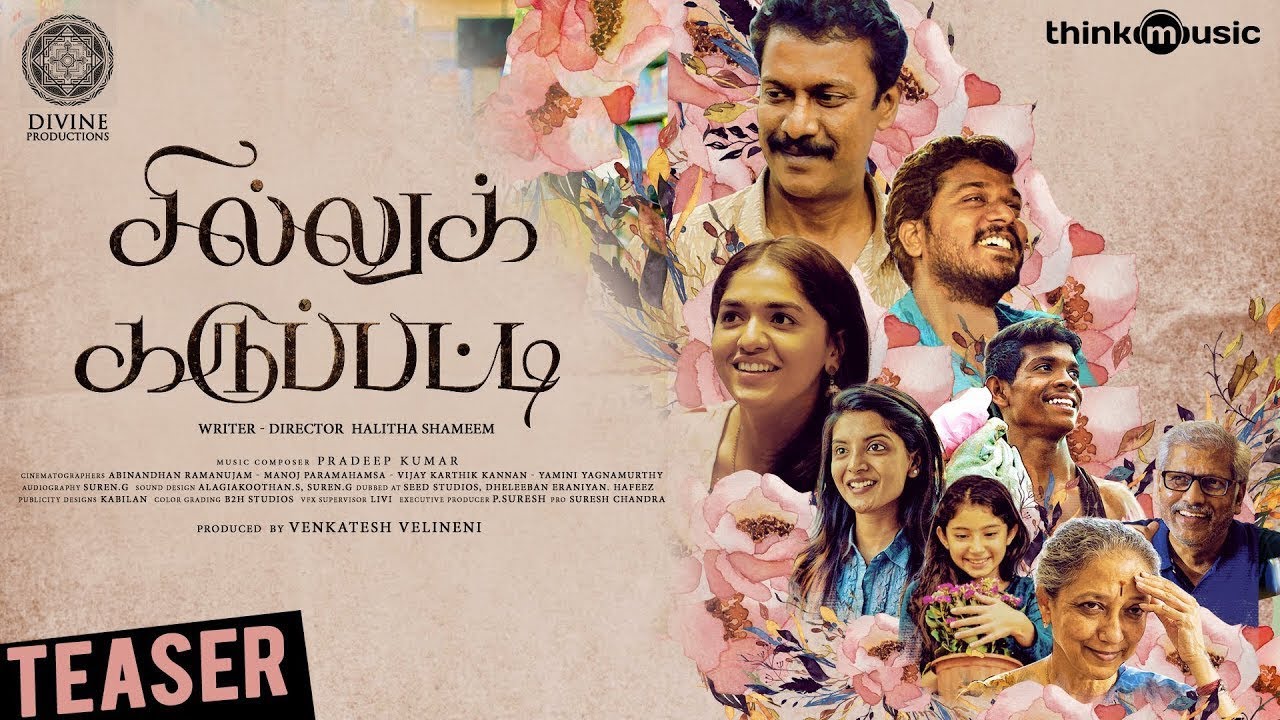 Sillu Karuppatti: Anthologies generally don’t work because different directors are  brought in for different segments. In  Sillu Karuppatti the  gifted  Halitha Shameem is the helmer of all the stories, and she does an admirable job  of keeping the faith alive all through the quartet.

Every story speaks about  fighting adversity with  positivity.And the message is neither over-sweetened   nor rubbed in  with excessive melodrama and  bravado. The tone is  constantly moderate , if not pitch-perfect and I found myself responding to the stories with much warmth and affection.

To kick off there is most unconvincing  story  of  the  foursome The Pink Bag where  slum children  are glorified to the  point of  endorsing  poverty porn.When scavenger  Maanja(Rahul) finds  a diamond ring in  the waste –bin he sets out to somehow return the  precious jewel  to the  well-to-do  girl. So far so good. But once the deed is done(why  it takes so long is  the  30-minute question) director Shameem wants us to believe there a future for the slumdog and slimqueen. Now,that’s stretching it really too far. But then, let’s  not forget, the mood is  one of  hope and  optimism.

The  slum kids act  unselfconsciously bringing the  drama to a  Boyle(of  the Danny kind).In spite  of its naivete this story  is charming.

Besides, who can hold any grudges against an anthology  that finds humour in  scrotum cancer? In  the second story  Kakka Kadi , our hero Mugilan(Manikandan) is happy being famous  as meme-creator on  YouTube until he is diagnosed with a cancer he can’t even talk about.That’s when he mets Madhu(Niveditha Sathish) who not only  shows Mugilan how to say the  ‘s’ and the  ‘c’ words  without  embarrassment but also how to  overcome  his  fear of death.

Though again tilting towards an arcadian humanism Kakka Kadi is  ultimately a  winner because  of the sharp dialogues and its proclivity to smile in the face  of death.The jokes on having the  ‘balls’ to  conquer death  are  specially funny, considering.

In the third  story Turtles  a  widower and a spinster(hate that word!)   Navaneethan (Kravmaga Sreeram) and Yashoda (Leela Samson) come together  in a world that  thinks anyone above 60 is opium for  obituaries. Can these two  feisty  senior citizens  actually dream of  a life together? Yes!  The  story tells us emphatically. The two characters are very sharply drawn and  their difference  in attitude to love  and intimacy are discussed mutually  during a  lazy turtle walk ,with a certain amount of unforeseen  forthrightness.But the story is too event-packed for  30 minutes.

Turtles   was  my favourite  story of the  four, followed by Hi Ammu where  a neglected  wife(yawn)  teaches her indifferent  but not unkind husband how to be more  attentive.

Hi Ammu has the best acting  of  the anthology, by  Samuthirakani as the husband genuinely  clueless as  to what his  wife(Sunainaa)  is  so  bitter about. The story , though gender-biased(the wife says  her husband is  indifferent to whatever she says, but  does she listen?) has  a blithe  and  bouncy feel  to it that takes it a long way .

Sillu Karuppatti is not  without its fatal flaws.  All the stories are  upbeat to the point of being unrealistic. But then what is wrong with finding some  hope in these times  of despair?