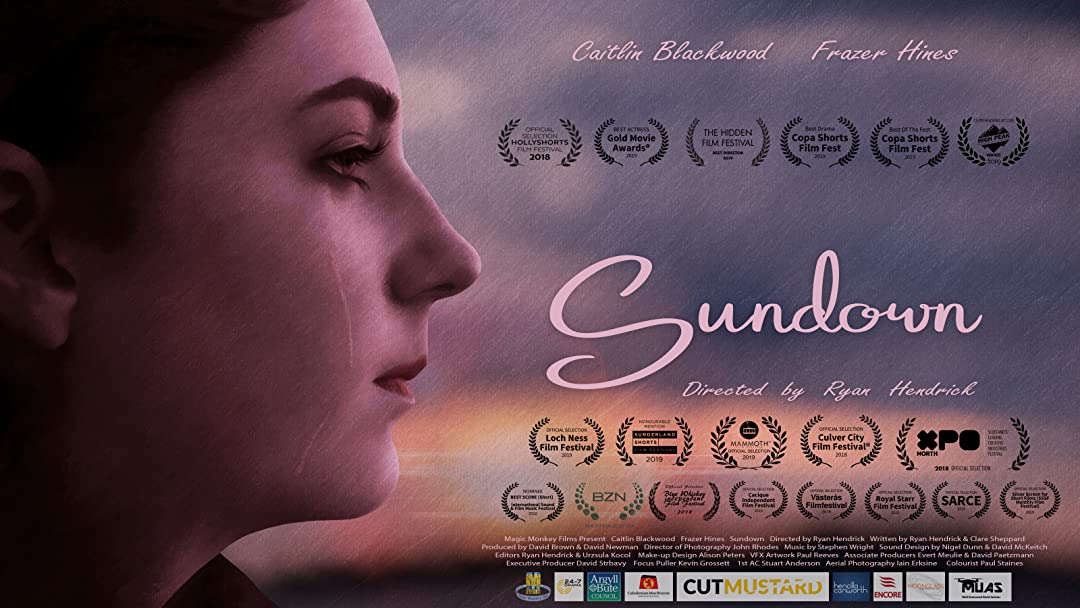 Those  of us who have been fortunate  enough  to see Mexican director  Michel Franco’s 2012  masterpiece After Lucia  which won the  top prize in Cannes’ Un Certain Regard section, would be  familiar with his raw wounding  parables on splintered  family ties. In  After Lucia  a newly widowed  father of a  17-year old must face the  pain of his  daughter being brutally bullied and ragged in her new school.

Nothing is  as brutal  in Franco’s new film. Outwardly  Sundown is calm,imperturbable,  like the  tranquil ocean waves of Acapulco in  Mexico where this scenic  film with a seedy heart is shot. Unlike  Michel  Franco’s  two previous  controversial  films Daniel & Ana and After  Lucia, Sundown has  very little  physical violence. But the  eerie calm is a  forecast  of a  storm  that never quite hits  the  film, not because Franco doesn’t aim well but because  of  the  purposefully  tangential  responses of  the protagonist for hurts and wounds  too deep for melodrama or hysteria.

Tim Roth who is to Sundown the opposite of Godot, is in  almost every frame .And  God bless his  omnipresence. Roth is  among  the most underrated  British actors on this planet. If you have seen  in Michel  Franco’s  Chronic where Roth   played a male  nurse caring for the  terminally ill, you would know what  unplumbed depths of empathy Roth can bring to his character.

In  Sundown Roth plays a  man who is just the opposite of what he  played in Chronic.Roth’s Neil Bennett is  a wealthy super-privileged  scion of  a  British business empire of pork sellers.When we  first meet him he is  vacationing in Acapulco with his sister  Alice(played by the wonderful Charlotte Gainsbourg) and her two children.

When a death in  the family beckons the  vacationers  back to London, Neil pretends  to lose his passport at  the Mexican airport and stays back…for an indefinite period of  debauchery and hedonism….all expenses paid.

It is  a  hideous  horrifically irresponsible move, and one that we know  will only end in catastrophe. We know it. I think Neil knows it too. His entire attitude and posture  suggest a defiant repudiation  of  and contempt  for  the  future, which are  never articulated. Every beat and pulse  of this meatless story suggests a man who has flung all  caution to the winds and the seawaves.

Redolent with guilty  silences and eerie  awkward  pauses,  Sundown is  a film like  no other.  Till the end we do  not fathom the  depths of Neil Bennett’s self-pleasuring disaffection .Is  he  in this for  fun? Or are we  not told about Neil’s secret depths  of  hurt that has turned him into a egotistic  monster?

At times Tim Roth’s selfserving vacation  reminded me  of Olivia Colman  in Maggie Gyllenhaal’s The  Lost Daughter.  However rest assured, Roth’s Neil Bennett is his own man. Numbed  by the ineria  of irresponsibility  , powered  by  a recklessness that we  never  fathom until  it is too late,  Sundown is an experience that  defies definition  and analysis.

Why does this  man  do what he  does? Why is  the local Mexican chick(Iazua Larios) who befriends him,  not a  gold digger at the end? Why is  the world so inured to  family  duties? What  if  z  man  decides to  fling away his  duties for a  fling with extreme Epicureanism?

Sharmaji Namkeen A Befitting Though Unexpected Farewell To  Rishi Kapoor