Taapsee - Anurag Kashyap To Travel Together 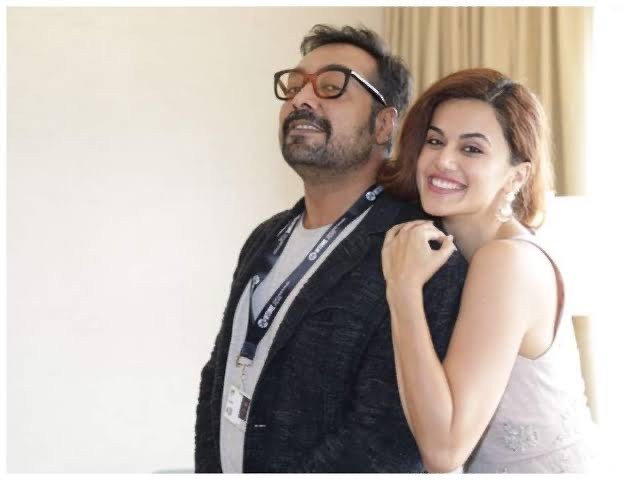 The  last  time when they worked  together , Taapsee Pannu and Anurag Kashyap created Manmarziyan.A complete departure for Kashyap from his dark and brooding cinema, it was his mellowest  movie to date.

Now Kashyap is  again   on to something with Taapsee that  he has  never attempted before . In Dobaara Taapsee plays a character  caught in a time-travel situation.

No  time-travel film has been done in  Hindi. Years ago in the early 1990s Shekhar Kapur started  Time Machine with Aamir Khan, Rekha, Naseeruddin Shah and Raveena Tandon. But  the  film never got completed.

Taapsee who starred in  Kashyap-directed  Manmarziyan and  also played one of the leads Saandh Ki Aankh which Kashyap produced, ststood  by Anurag   Kashyap when  actress Payal Ghosh   had accused  him of sexual misconduct  in 2020.

Said  Taapsee, “I hope she gets heard about what she has to say .A thorough  investigation should  be  done in regards to her claim.”

Taapsee who is  a friend of Kashyap felt he  is incapable of misbehaving with women. “As far as I know Anurag , he is one of those people in the industry who have utmost respect for every woman he knows.”

Having worked with him, Taapsee has seen Kashyap’s  work ethics first-hand.

She says, “I’ve  never seen him ever disrespecting a woman ,  forget about ill-treating  or harassing any  woman.And  I have heard the same things about him from the women  who have worked with him and  whom I’ve met.”