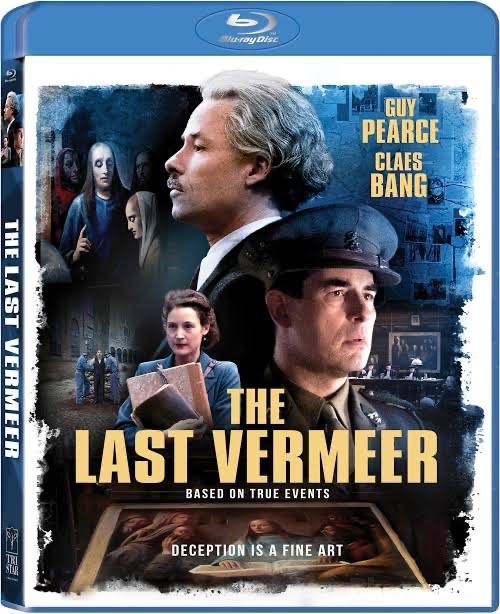 Dutch painter  Han van Meegeren  is considered  the greatest art forger  of  all times. This is  the  period of uncertainty  following the  end  of  World War  2 and  the downfall of  the Nazis .As this fascinating if  a little dull at the edges, film opens we  get to know that Han is  on trial for  collaborating with  the Nazis, when in fact he  did just the opposite.

He  sold the  Nazis the  forged Vermeers  for millons  of  dollars.

The Last Vermeer is  a sophisticated   piece  of cinema defined  by a  sense of propriety  and  sincerity. The  right and righteous  remain just that   till the  very end when Han’s innocence is  proven by an Allied soldier  Joseph  Piller(played with impressive persuasion by  Claes  Bang). The  narrative,  strung together in the  nature of a chamber piece,  plays  out  basically as a dialogue between Han and Joseph. These dialogues have  a certain sardonic charm to them, capturing an uncertain time after Hitler’s defeat when the musty air in Germany  was redolent  with violence torture  and death.

Under Dan Friedkin’s  directorial navigation the film sails through  a difficult period without getting heavyhanded  , presenting the world’s most famous art forger  as  a bit  of a rakish  con-man in ways that have nothing to do with  the paintbrush and canvas.  As  played by Guy Pearce  Han Van Meegeren comes across as a Chaplinesque charlatan, and  amusing endearing  fraud with  a reputation for  ripping off art and women’s modesty.

Pearce  has fun with the role. Though there are  death squads roaming the streets the film chooses to stalk the art world with jaunty steps.The courtroom trial at  the  end  of  the  film is lush and  ludicrous, grave and giggly at  the same time. You wish there was  more heft  at the film’s core.

I wouldn’t say  The  Last Vermeer makes  light  of  art duplication. But it does bring in a kind of cheeky fun into the  theme.While  Han’s  trial is on, there is a marital triangle   being played out,  with Joseph’s marriage falling apart.The  narrative weighs Han’s womanizing against Joseph’s  conservative decorous attitude to  romantic relationships.

The Last Vermeer   is perhaps  unable to convey all its thematic  resonances to  a closure. But the film is a  goodlooking  piece shot in deep striking colours,  and it is  mildly enjoyable  while it lasts .