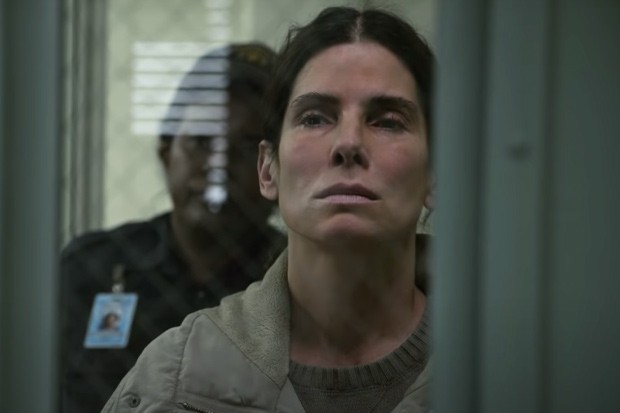 What  they are doing to The  Unforgivable is…well, unforgivable. Ever since this  high-profile post-prison drama  began streaming on Netflix  last week, the reviews have been shockingly savage, unduly harsh and  irrationally dismissive, so much that I  even thought  of  skipping it. Luckily I  didn’t.

I wouldn’t say  The Unforgivable  is  an instant masterpiece. It can’t even be counted among   the versatile Sandra Bullock best works…Or  perhaps  it can. She is certainly  in her element as   Ruth Slater who  emerges from prison after  20 years  for killing  a cop.

Everyone who has seen cinema  about convicted protagonists  trying to rehabilitate  themselves  knows  killing  a cop puts  the  criminal in  a special category  of offenders.  Even if  the law finally  lets you off, there are  lawmakers  out there ready to extinguish your life for the  dirty deed.

Ms Bullock is terrific at projecting her bereft character’s  abject  isolation from her surroundings.  Bullock  has  built an invisible  fortress  around her  character. Ruth is no longer afraid  of  being hurt or harmed. She  has  nothing to lose…except  perhaps  the chance  to meet her long-lost sister whom she lost when she  went to jail.

The  screenplay, adapted  from the 2009 British miniseries Unforgiven written by Sally Wainwright, is  never short of  surprises,not all  of them  pleasant. There is one specially distasteful twist in the  plot where one brother’s wife is caught sleeping with the  other. I  thought  this was a fairly drastic and ludicrous  method of rationalizing hate  crime.

But that’s only one  twisted  plot point.  That apart  The Unforgivable is  briskly paced and keeps   us  involved  right until the  violent slightly  ironical  end. Most important  of  all, it gives Sandra Bullock a chance to display  how deeply moving she  can be  in dramatic  roles.

I must confess, though, I am no fan of the recent  Bullock who seems to have done something severe to her face. Only her eyes are still  powerhouse  emotive vehicles. She is  devastatingly tragic as Ruth Slater.

There is a  beautiful moment of empathy with a colleague from her  workplace who gifts her a  jacket.

“Why would you  do that?” is Ruth’s bewildered reaction.

This is a woman to whom life has been extra-unkind , who expects  no tenderness  from anyone.Ruth is a woman on her own.  Bullock surrounds the character with  a citadel  of silence. I  could feel her  hurt. The  film features  another great actress Viola Davis in an  under-written part. Towards the climax I could  feel  the screenwriters struggling  to  amplify her  presence by  casting Davis as a  soul sister to  Bullock.

The Unforgivable is  far  more  intelligent than you think and far more watchable than the critics have  made  it out to be. One  of their  grievances  is that Bullock has made this project happen so she  could be eligible  for an Oscar.What is  wrong  with creating opportunities for oneself? Ruth Slater  in The Unforgivable has stopped looking out for herself.She is no role model to follow for anyone. But her life  story serves  up some  important  lessons on what not to do with serendipity when it comes knocking at your door.