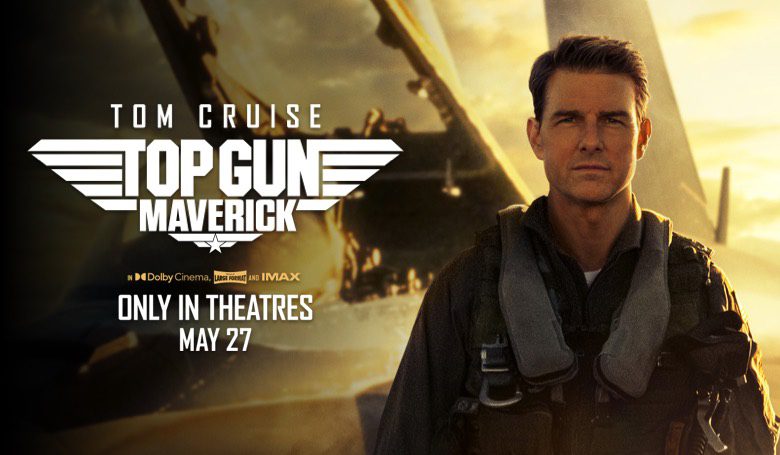 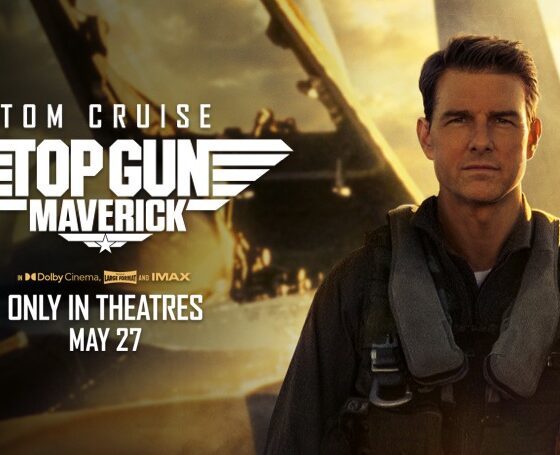 There is a plethora  of goodlooking people in the  Top Gun sequel, which comes to us 36 years late. Just why the brains  behind this  aerial adventure saga with a sweep and  a swipe, waited  so long to return, is  anyone’s guess.I am just happy to see Tom Cruise  back doing those daring aerial  stunts  that made  him famous in the  first place. The  question is,  does he  need more of the same? Do we need it?

But return it does.I must confess the followup to the 1986  smash-hit  which catapulted  Tom Cruise to instant and  everlasting stardom, left  me with mixed feelings. On  the one hand I am  delighted  to see Tom cruise through the role  of the never-say-dye(and I do mean, dye) test pilot who just wants to keep flying, ambitions and promotions be damned.

There is  a very elegant  barroom  sequence  at  the outset where  Cruise’s Captain  Pete  Mitchell meets  up with  old flame Penny(Jennifer Connelly).Sparks fly, but somehow the relationship doesn’t get  the space to breathe.It’s just about two ex-lovers throwing   loaded lines at one another.

The  narrative keeps taking off into  the  sky at every given excuse while we  can see the  screenwriters(Ehren Kruger, Eric Warren Singer, and Christopher McQuarrie)  struggling to give the  proceedings  an intimate impetus by  building on the  humane  aspect.To some extent the past is raked  up with elegance and authority.

When  Pete  Mitchell meets  a bunch of fresh-faced impossibly  goodlooking trainees,  one of them, Bradley(played with  charm and  sensitivity by Miles Teller)  turns out to be his  ex-combat-buddy’s son. Bradley hates Mitchell for putting  his career behind.Bradley’s , I mean. Although Mitchell has done some the same  to his  own career too. Mitchell’s reason  for holding back Bradley’s career is blurted  out to  Penny in a  bedroom sequence that  is  so  chaste it is  heartbreaking. The confession after the prim intimacy seems  more a Church than a  bedroom thing.

The  film for all its feast of physical   beauty ,feels  strangely sterile  and  emptied  out. There is  no real passion in the plot. The characters  remain in-character ,not shifting an inch from their intended  positioning. Jon Hamm  as Cruise’s stiff-lipped senior plays the ‘coconut’  pitch: hard on the  top, soft when it comes to letting  Mitchell do  all the dangerous  forbidden  aerial acrobats that  make him the  king of the sky.

What ails this not-unwelcome  sequel is  its inability to make  a clean break from the past. It wants to break  free , and yet at the same time it wants that whiff of nostalgia  for  the original  Top Gun film to pervade  the  plot. The gambit of  going forward while  holding on to the past, works only to an extent. After a point the  tug ‘o’ war between  nostalgia  and currency  becomes an  exercise in self-indulgence.

Speaking of  nostalgia I  hoped  and prayed that the anthemic  love song ‘You Take My Breath Away’ from  the original  Top Gun film will show up somewhere.  No such luck. There is love, but not enough to merit that level of  recalled passion.