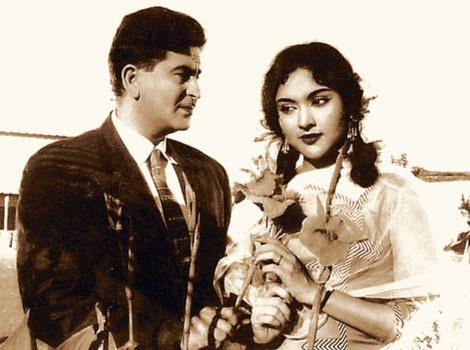 When it came  to calling a  spade  , a  spade no one  could do with better than  Rishi Kapoor. I’ve  been at  the  receiving end  of some of his sharpest barbs . When he  didn’t  like something you did, he would  tell you in your face.

Veteran actress Vyjanthimala got  the   brunt of Rishi’s wrath when  in her memoirs she  dismissed her  alleged relationship with  Rishi’s father Raj Kapoor during the  making of Sangam as a  mere  publicity  for  the film.

Rishi went  on  a   warpath  against Vyjanthimala calling   her a  liar,  and  many other things.

While  all  this is indeed  commendable in the frankspeak department it is a fact that everyone  in Bollywood lies in their memoirs. Sanjay Khan has not even mentioned Zeenat Aman  in his memoirs and  Jeteendra  gives a  blank look when Hema Malini is mentioned.You can bet  your  last rupee that  if  Mithun Chakraborty  wrote his  memoirs  there would  be no mention  of  Sridevi in  it.

I remember asking  Vyjanthimala  about Rishi’s outburst. She had said,  “He reacted as a  son. But only the people involved know what really happens between two  people. No one  from the outside, no  matter how close,  knows  the  truth .”