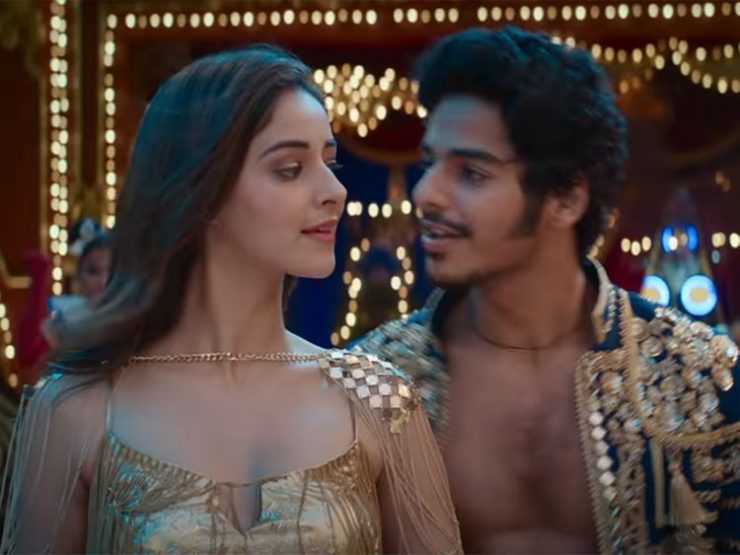 The  new song Beyonce  Sharma  Jayegi   from the  Ishan  Khatter-Ananya Pandey starrer Khali Peeli had me scratching  my head.

Who is Beyonce Sharma?  Aur woh kahan jayegi? Took me  a while to figure  out that  the singers  are  talking about THAT  Beyonce,  the Black American super performer with a fan following to rival Obama and Madonna’s and she isn’t going anywhere.

And why should she  be ashamed?  Well apparently Ananya Pandey is the goriya whom Beyonce would  get sleepless nights over.

Netizens are  calling out the songs for its racist slur.  ‘Goriya’ versus the  Dark-Skinned, etc. But I feel the song composed  by Vishal-Shekhar whom I  respect,  has  too many shallow alcoves to  be political incorrect. The  lyricist was  trying to be  hip cool and smart. He  ended up sounded  hick, uncool and  dumb.

Which Indian  man  compares  his  girl to Beyonce? This is  the  most slavish kind of  firangi phobia  thrust  on our young listeners who  are supposed to be  so  enamoured  of  Anerica’s pop culture that they  would embrace the song’s latent misogyny  hook line  and sinker.

But sorry, it  doesn’t work that  way.  Our  songwriters need  to  grown up . Bringing  Beyonce  into our music doean’t  boost sales. It only draws  attention to the deeply embedded cultural  inferiority that Indian  suffer from.

Catch  American actors singing about being jealous of  Sona  Mahapatra.