Why Nargis Is Still Missed By Sanjay Dutt
Advertisement 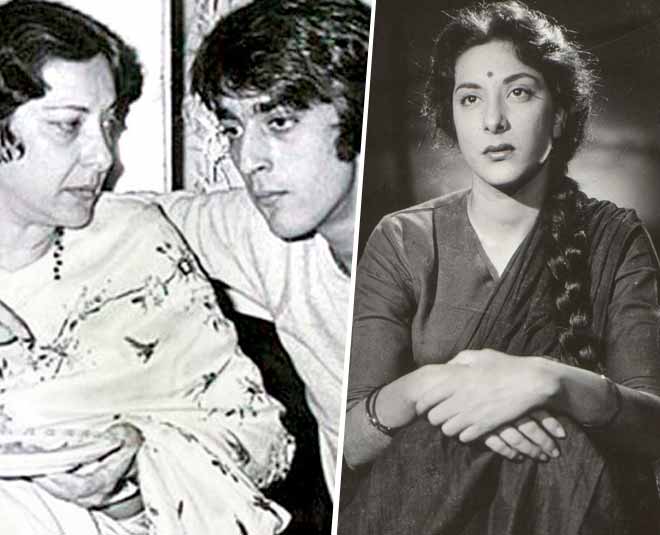 Nargis Dutt was  only 51 when we lost her to cancer in 1981. Her last wish was to see her darling son Sanjay Dutt  on the big screen in Rocky. That was  not  meant to be. Sanjay Dutt once  told me how copiously  he and his dad the much-respected Sunil Dutt  wept for the woman they most  loved.

“I miss her, yaar! I miss her  all the time.” Sanjay had once confessed to me. “And you know what? I don’t think  my troubles  would have happened   if she  was  with me. I kind of lost my way after she was gone. She  was  my anchor  and my fairy godmother. She made  every wish of mine come true.”

It is also true that Nargisji spoilt her  only son silly. “She just let him do whatever he wanted and covered  up for him whenever Sanju’s  disciplinarian father tried to control  him. Dutt Saab  would  ask where Sanju was, Nargisji would say he  was in his room. She  would sneak him  back  into  the house in  the wee hours as if he was  sleeping the whole  night,” a  senior actress once told me.

Nargis Dutt was  a very strong woman. She had the inner strength to walk out  of  a  10-year  relationship with Raj Kapoor when she  saw  no future, no marriage, in  it. Within  months  of the breakup , she met and  fell in love  with Sunil  Dutt on  the sets  of  Mother India. Theirs was  one of the most successful marriages  in  Bollywood.Till death  did them apart.

After marriage, Nargis never looked  back at her  career. Her final film Raat  Aur Din where  she played a split personality and  for which she  won  the National award, was  released  after marriage. Some of her  other notable films  featured her as  the strong resilient  woman who  often wore the pants  in a marriage . In Mehboob Khan’s Andaz(1949) she was the headstrong modern  woman Neena who sees  nothing wrong  in  keeping male company in her circle of friends.In Raj Kapoor’s Awara she was  again the  headstrong westernized   cool-chick.

Also Read:  Sudhir Mishra "Our film industry ostracized Shiney Ahuja for something he had not done"

Image changes came  with Lajwanti and Ghar Sansar  both  co-starring Balraj Sahni, where she played  the  central  role  of  the indomitable  homemaker. In 1957  a year after she  broke  away from Raj Kapoor, Nargis was the cynosure of  all eyes  in Mehboob Khan’s Mother India. The film defines her career. Interestingly the comic virtuoso  I S Johar, known for his satirical  mimicry,  made and released Miss India with Nargis in the lead during the same  year as  Mother India.

Contrary to  widespread belief Nargis’s best performance was  not  in Mother India. Though she was supremely powerful  in the  film her best  performance  is  to be seen  in a film called Adalat in 1958 where she played a reluctant  prostitute  with  just the right  amounts  of passion and  pathos .Adalat is memorable  for the songs Nargis  sang  on screen  composed  by Madan Mohan in the  timeless voice of Lata  Mangeshkar, Unko yeh shikayat hai, Jaana ttha  humse dur and  Yun hasraton ke daag.

Recalls Lataji, “She lived in Marine Drive, quite close to Walkeshwar where I stayed.  So we met at   home as well as the recording studios. She used to be present for all the song recording of Raj Kapoor’s films. I remember she would bring sandwiches to the studios  and feed all of us. Jaane kahan gaye wohdin!”

Lataji remembers  the Mother India actress  as  possessing tremendous  elegance . “She was a woman with great poise. Her lifestyle clothes and speech were always proper.  I never saw her improperly dressed. She always wore white saris with matching accessories. And since white was my favourite colour she would send over the door-to-door sari sellers from Lucknow to my house. I have never seen her wearing non-white.”

The  lady in white made her last appearance in a  Raj Kapoor film  in  1955 singing Jago mohan pyare in Lataji’s voice.  After that she never looked back.