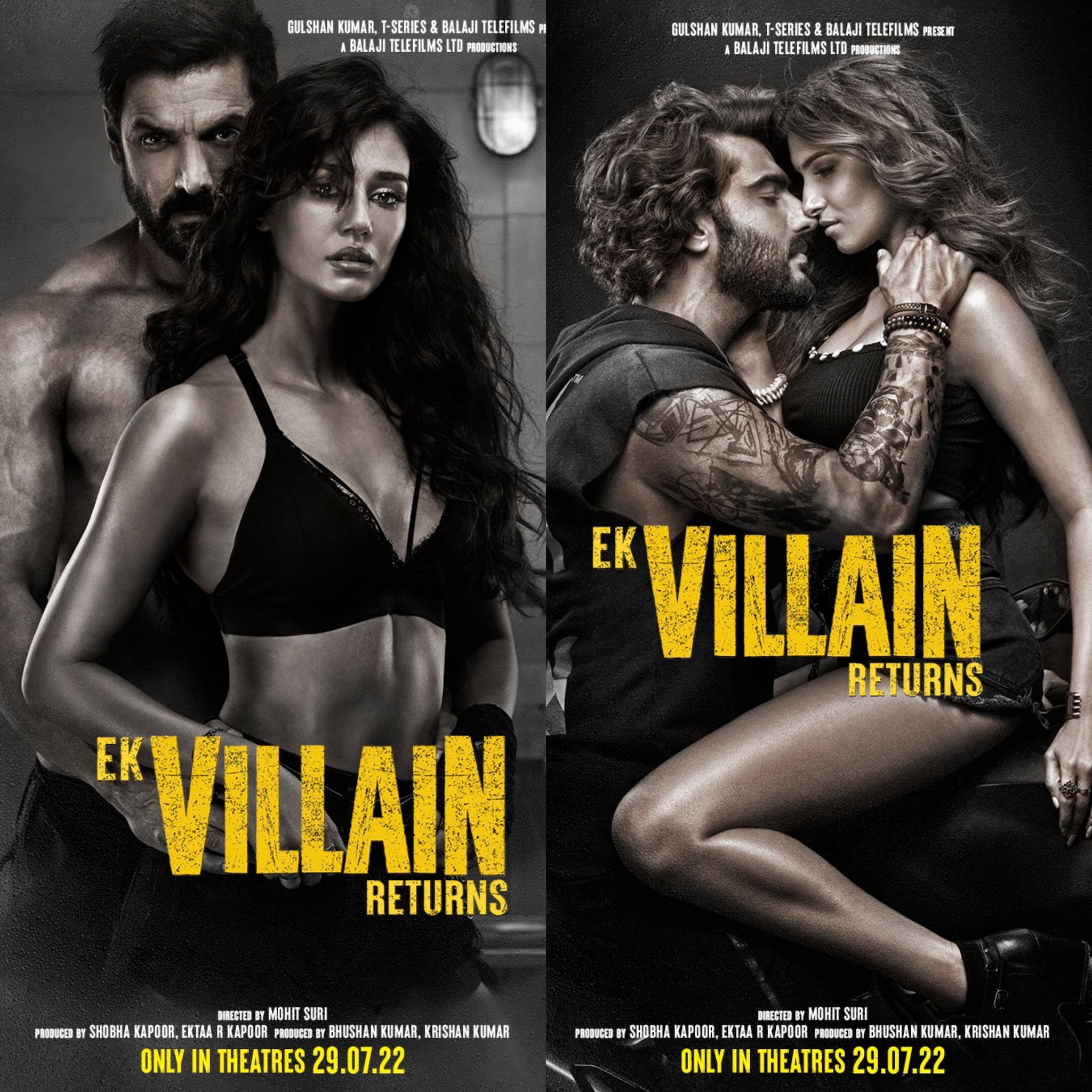 In a flop-infested scenario, movie producers  T Series  have all  their hopes  pinned on  Ek Villain  Returns   to  bring some succour.Their  logic being,  another belated sequel Bhool Bhulaiya 2  is  a rare  blockbuster  of  2022. So why  not a sequel to   Ek Villain which created a  mild murmur  in  2014  .

Like Bhool  Bhulaiya(its title track),  Ek Villain too has  a  winning song Galliyan  on both  the first  film and its sequel. But is that enough to bring the audience in?

There is  a world  of  a difference  between Ek Villain in  2014 and its  ‘spiritual sequel’(which  essentially means the two   films have nothing in common) in 2022. For one, the villain in  the original  was played by  Riteish Deshmukh who made a smart and convincing  shift  away  from his  comic roles. Deshmukh’s conflict with  ‘hero’ Sidharth Malhotra was  ably set  up in Ek Villain.

John Abraham plays  the villain in Ek Villain  Returns and his  ‘hero’  is  Arjun Kapoor.

Vikrant Rona is Kannada star Sudeep’s  big action thriller  being presented in Hindi by Salman Khan. Prudently the  ticket price for Vikrant Rona in its dubbed Telugu  version has been fixed at  Rs 150 in Telangana for  the single  screens. This move will most certainly help the  film get a larger audience.

Says Bihar’s exhibitor Roshan Singh,  “Both  Vikrant  Rona  and  Ek Villain  Returns has potential, one for its grand scale  and the  other for its recall value. We desperately need a  hit. Hopefully, this week’s  content  in the theatres has  something for  the audience.”